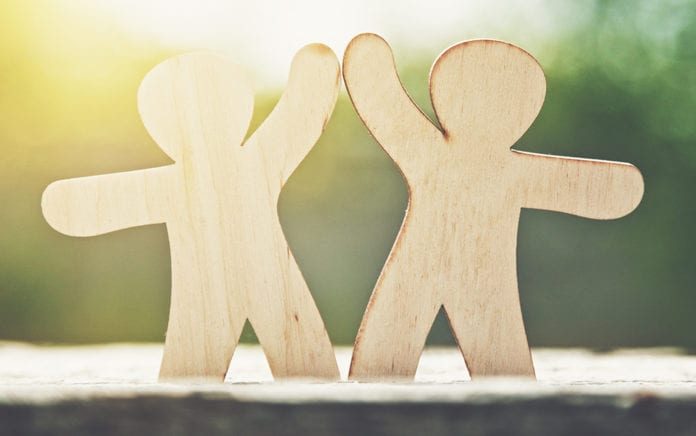 A historic church in Cleveland has been resurrected through a merger with a church plant.

Four years ago, an evangelical pastor walked into a mainline church. More than 150 years old, the church sat on a main corner in inner-city Cleveland. The lofty brick building was well-known in the neighborhood. While it had been full of life for much of its long history, recently its halls had been much quieter.

The pastor’s only task? Preach about Jesus. So he showed up that day and preached, as did his co-pastor. They faithfully took turns preaching each Sunday for a year, while also shepherding the 15-year-old church plant that met seven blocks away and developing a new church plant 15 blocks in another direction.

Jesus was up to something.

The pastor showed up because the governing council of the historic church had reached out to a local city ministry asking for help finding someone for regular pulpit supply. The pastors of what was then Metro Alliance said they would be willing to help out.

Before long, most of the 12 members of the historic church had recommitted their life to Christ or become Christ followers for the first time. Something was happening among them, and the council brought up the idea of merging. A young church plant merging with a historic church? An evangelical denomination with a mainline one?

There were so many reasons to say no. The traditions were so different. The denominations hold different beliefs. All of these things that normally separate us on a Sunday morning were front and center.

This would take deep conversation and faithful discernment. Yet with intentionality, the respective leaders took the steps to bring together the legacy of the historic West Side Church, grown out of German immigrant roots, with the young Metro Alliance Church, planted by the Christian and Missionary Alliance, with its own urban roots and focus on Jesus.

MORE THAN A BUILDING

When I walked into the church building of what is now West Side Alliance in 2017 to join the ministry staff, the only descriptor I could use was “genuine.” I could not believe that a merger had happened less than two years before. The building was large and old, needing much repair, but still gorgeous with its architectural features. In the middle of the large, dusty sanctuary with walls of peeling paint was a family of people who cared for each other. The Spirit was alive. It was a safe space. A place to be broken and human, and yet loved and supported. Something had bonded them deeply. It was a chosen family formed by stepping into God’s leading. An unlikely mix of people forming a community. The body of Christ.

Now, they will tell you that it wasn’t easy those first few years. I see it in their eyes and hear it in their stories. There are still struggles and things to figure out as we do life and ministry together. But, we are living today on the legacy of their faithfulness. There was much sacrifice. The ideas of comfort and “how we’ve always done it” had to be traded in for group discernment, tough conversations and caring for one another.

There was restoration and reconciliation where it shouldn’t be possible. People from different backgrounds with diverse ways of thinking coming to the table together, talking issues through and forgiving one another. They had found not only a path to reimagine mission in the city, but the path to family. The path to the ways of Jesus’ relentless forgiveness of us that doesn’t even make sense at times. And I see that cruciform way of living sacrificially represented in how they so value their relationships. No person deserves getting thrown out or trampled on. Everyone has opportunities to recognize their own brokenness, remember the brokenness of the other and come to the table together to forgive, repent and heal.

Church is more than a building. It is kingdom people breaking down barriers together, to make even more space at the table for the presence of Christ to dwell in their midst. It is meeting together, sharing in communion and in life, and opening up space for Christ to work. Even if we have different backgrounds, stories, jobs, socioeconomics, ethnicities or any other qualifiers we might use to label ourselves—to separate ourselves—Jesus uses us to embody his beautifully diverse kingdom in the world.

From Outreach Magazine  8 'Christian' Virtues That Are Not Really Christian

But it is not so in the kingdom of God.

The relentless love of Jesus has a different story to write. In this case, he intended to establish unity, under the lordship of Christ, as a blessing in the neighborhood. “Alliance” in this new church is more than just the name of the denomination in which they now serve; it is an alliance of people, of all backgrounds, for the sake of the gospel—a place to truly belong and be seen, to become more like Christ together, to risk it all for the sake of the gospel, and to see this life, healing, and unity multiply through the city. This church with German immigrant roots has now even sent one of its pastors into international ministry in Germany. The large building on the corner now not only hosts space for this church family to meet together, but is also the meeting space for an Amharic-speaking congregation, a neighborhood music school, a family-support and foster-care-prevention organization, and a bakery.

A church that seemed on the verge of dying has been resurrected to new life. And God is still writing the story.