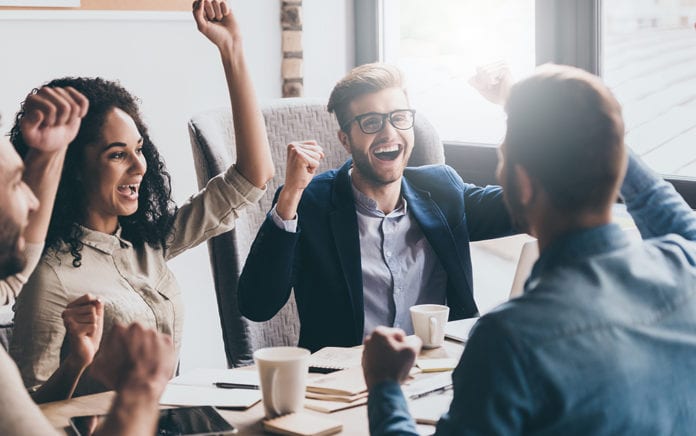 Money is not the only—nor perhaps even the most powerful—incentive for employees.

How do you retain your best team members when you can’t pay them more?

That’s an easier question to answer than you might imagine.

First, I believe every employer should pay their team members well. I’ve always tried to pay my staff a living wage—well enough that your team doesn’t have to worry about whether they can make rent or the mortgage payment, can eat well and provide for at least a normal standard of living.

Not only is that the right thing to do, but being cheap is more expensive in the long run.

Stressing out your employees by paying them poorly not only makes their life hard, but it dramatically increases turnover and makes it hard to attract and keep great people.

But that said, is pay the only way to motivate people?

When I was starting out in leadership, I thought it was. Apparently not. As studies increasingly show, money isn’t the motivator most of us think it is. Once you have your needs met, and especially if you make $75,000 a year or more, money stops being a powerful incentive.

So what really motivates people?

There are at least five other ways you can and should motivate your team that don’t involve money. Here are five things that can increase motivation and deepen engagement.

It’s a little like being able to give someone on your team a raise without paying them more.

You know what most workers want more than anything? Freedom and autonomy.

Talk to most workers under 40 and what they deeply desire is freedom.

The autonomy to set their own work hours and locations (coffee shop, home, the back porch, a beach).

The desire to be evaluated not on the process (did you stay till 5?) but on the outcome (did you crush that project?).

Sure, there are common meetings and moments where everyone needs to be physically present at the same time. But the idea that everyone has to work at the same place at the same time 40 hours a week becomes more outdated by the month.

Many white-collar organizations, businesses and nonprofits operate as though the internet never happened.

Fifteen years ago you had to go to the office because everything you needed to do your job was at the office—the computer, filing cabinets, the database and even the office phone system.

Now, all of that is sitting in your hand or on your laptop. Smart employers realize that.

You used to go to the office. Now the office goes to you.

From Outreach Magazine  Ed Stetzer: How Resources Changed My Mind

Younger leaders understand that and want the freedom and trust to be able to flex in their work schedule.

When you give great leaders freedom, most will give you back far more than you expected in return.

Control them, and not only do you stifle them. They eventually just leave.

Want to motivate your team? Give them some freedom and flexibility.

Most people feel underappreciated at work.

There’s an actual debate online about whether bosses should thank their employees for doing their job. Personally, I don’t even know how that’s a debate.

Of course you should thank people for doing a job well. Sure, you don’t want to be syrupy sweet or reward underperformers, but if someone showed up, tried hard or is doing a good job—thank them.

It’s a good idea to think about how people like to be appreciated. In this interview, Gary Chapman makes a strong case that the five love languages actually apply at work.

While you have to be (very) careful with physical touch, verbally thanking people whose love language is words of affirmation, buying a gift for someone who loves gifts, making more time for a team member who appreciates quality time or doing something meaningful for someone whose love language is acts of service can really go a long way toward increasing employee loyalty and performance.

Gratitude from a leader improves the attitude of the team.

Empowering your team is one of the best ways to motivate your team and reduce your stress as a leader at the same time.

One of the reasons leaders struggle is because too many decisions still cross their desk. If that’s happening to you, it’s a sure sign your team isn’t empowered enough.

At the same time, one of the great demotivating factors for team members is the feeling that they aren’t empowered enough to do their jobs.

Releasing the team to do more actually not only deepens their engagement, but it also increases the likelihood they’ll stay. It moves them from thinking like renters to thinking like an owner.

Strangely, clarity can also be a gift to your team.

Often, if you’re a founder or the CEO, far too much of the mission and vision lives in your head and not in the minds and hearts of your team members.

And guess what happens when your team doesn’t have clarity. They end up doing things you don’t want, not because they’re bad people, but because you weren’t clear.

When that happens, it’s easy to try to become a control freak, which demotivates your team even more.

From Outreach Magazine  Mistakes to Avoid When You Gather Again

Here’s why. If you don’t know with absolute clarity what your organization is, where it’s going and how it’s going to get there (in other words, if you’re fuzzy about your mission, vision and strategy), you can never truly align a team. And as a result, you will always want to control it.

You will default to control because, in the absence of clarity, you worry that leaders will take your church or organization to places you don’t believe it should go. And the truth is, they will. Because you haven’t been clear.

In so many cases, the real reason you can’t ‘trust’ people of even stellar character is not because they aren’t trustworthy, it’s because you haven’t stated the mission, vision and strategy clearly enough that it’s repeatable and reproducible for anybody other than you. In the absence of clarity, well-intentioned team members end up going rogue, not because they’re trying to be disloyal, but because you never clearly defined the destination.

Healthy people usually only run in the wrong direction when their leader never made it clear what the right direction is.

The more clarity you have as a leader, the less you will feel a need to control anything, and the more grateful your team will be.

Think about the bosses you’ve had. Chances are, the people you think are the best bosses are the people who cared the most about you personally.

That goes a long way.

Years ago my friend Jeff Henderson shared a brilliant idea with me that I implemented right away. When you meet with one of your team members, spend the first part of your time together asking how they’re doing before you ask what they’re doing.

This makes such a big difference.

Imagine if work was a safe place not just to talk about work, but to talk about life? I’ve helped so many staff get clarity around personal issues, life issues, relational issues and so much more. And no, I’m not a trained counselor.

Mostly what I do is just listen. In a noisy world, listening is becoming a spiritual discipline. And being listened to is rare enough now to make it valuable.

Leaders who value their team listen to their team.

By the way, if you listen to more of their personal story, you’ll be listening to a lot fewer complaints about work. Try it.

You’ll be amazed at how true that is.