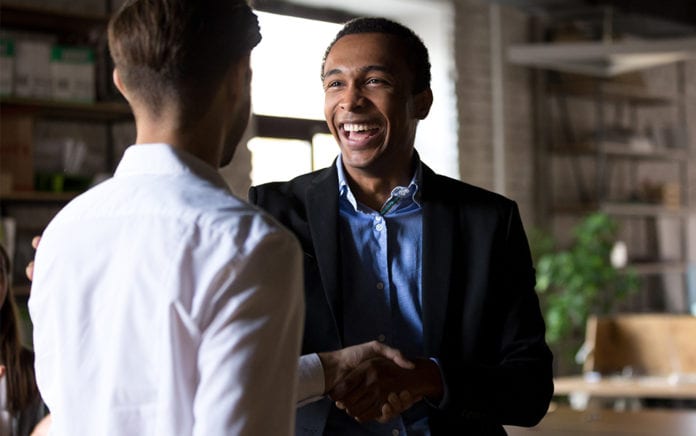 The good news is you can grow in each of these areas to become a better leader.

Naturally, you want to be a better leader.

Intention, of course, won’t get you there. If only it was that easy.

So how do you improve?

That can help you adjust your course because, as you know, all leadership begins with self-leadership.

The good news is that you can make real-time adjustments in all of these areas. And when you do, you become a better leader.

Do that repeatedly over time, and you can exhibit great leadership. That’s the goal, right?

Great leaders almost always become great leaders because of what they’ve learned to do, not what they naturally do. Even if you have a natural gifting, life and setbacks and, frankly, sin get in your way. When that happens, great leaders use those setbacks as an opportunity to learn, change and grow. Lesser leaders will simply continue in their unhelpful patterns or justify them.

With that in mind, here are five characteristics that separate great leaders from other leaders. They’re odd, because for the most part, you would expect the opposite to be true.

That’s counterintuitive because I think in the back of our minds it’s easy to imagine that becoming a great leader will one day make us Yoda: you spout wisdom while people gather at your feet.

But the truly great leaders I’ve been around listen with astonishing frequency.

There are a few reasons why listening is a fantastic leadership skill.

First, it’s easy to misjudge a situation. I do it all the time. The longer you listen, the more you understand. You pick up nuances. You gain context. And often, in the process of listening, what you think about a situation changes.

Third, when you’re talking you’re not learning. As many leaders have said, you never learn when your mouth is open. Even for those of us who are verbal processors, that’s still true.

If you want to become a better leader, shut your mouth. Talk less. Listen more.

2. They Ask Questions Instead of Giving Answers.

The best leaders ask questions. A lot of them.

Often when I’m around top leaders, it can be hard to get a question in because they keep asking you questions, even though (arguably) you have far more to learn from them than they do from you.

The other day, I got an email from a top podcaster who asked me a question about my show. He probably has 3x the downloads I do, but is always seeking to learn, grow and adapt.

Which of course, makes him the great leader that many (including me) see him as.

Great leaders rush to a question far more than they rush to an answer.

3. They Stay Quiet About Themselves.

Sometimes you can meet a truly world-class leader and miss the fact that you’ve met one.

Because they’re not going to brag about themselves. Then you google them later and realize they’ve written a bunch of best-selling books, lead at a very high level and are a sought-after expert.

Whenever you meet a leader who tells you how great they are, they usually aren’t. Great leaders honor others, not themselves.

4. They Connect Instead of Climb.

When you’re in a crowd, it’s not that hard to spot the social climbers.

Not only are they the ones who are looking past you to see if there are any more important people in the room they need to connect with, but they also seem less interested in you than they are in what you can do for them.

In my experience, truly great leaders don’t get to the top because they climb but because they connect. They’re interested in other people. They learn from them. They listen.

Sure, you can get to the top by climbing, but the truly great leaders don’t climb over you. Instead, their greatness comes from their desire to connect with you.

They care about you, no matter how much or little you bring to the table.

From Outreach Magazine  A Difficult but Important Truth About Church Planting

And isn’t that the kind of leader you be around anyway?

5. They Contribute Rather Than Criticize.

It’s never been easier to criticize, and now that everyone has a phone and some followers, more people than ever are doing it.

Great leaders never take the time to criticize. Why? Because they’re too busy contributing.

You kind of have a choice in life: you can be a critic or a contributor. You won’t be able to do both over the long haul.

That doesn’t mean you shouldn’t look at things critically or occasionally critique something, but that it does mean is that your opinion and comments are collected to help you shape what you’re building.

The problem with a lot of critics today is that they’re building nothing.

You might argue that they’re trying to build up their self-esteem or find some significance through their negativism.

But great leaders realize you can’t build yourself up by tearing other people down.

This bears out again in talking with top leaders; rarely do they spend time criticizing others. They just don’t go there.

Teddy Roosevelt’s thoughts on the man in the arena bear repeating:

“It is not the critic who counts; not the man who points out how the strong man stumbles, or where the doer of deeds could have done them better. The credit belongs to the man who is actually in the arena, whose face is marred by dust and sweat and blood; who strives valiantly; who errs, who comes short again and again, because there is no effort without error and shortcoming; but who does actually strive to do the deeds; who knows great enthusiasms, the great devotions; who spends himself in a worthy cause; who at the best knows in the end the triumph of high achievement, and who at the worst, if he fails, at least fails while daring greatly, so that his place shall never be with those cold and timid souls who neither know victory nor defeat.”

If you want to become a great leader, stop criticizing and start contributing.