Home Features 6 Tips for Reaching Your Next Generation Supporters 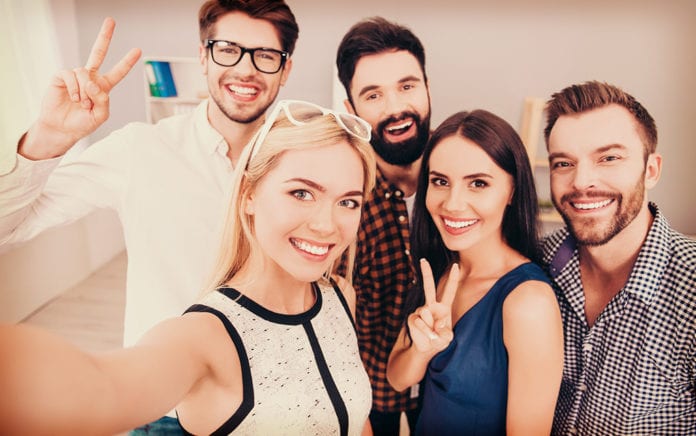 For your ministry to survive and thrive long-term, you need to start thinking about how to reach next-gen givers.

Years ago, while my wife Kathleen and I were in New York, where our daughter Kelsey was performing at Carnegie Hall with the Vanguard University Choir from Southern California, we noticed a full page ad for the “Carnegie Hall Notables” program. It’s a specially designed outreach from Carnegie Hall to encourage financial support from 20- and 30-somethings.

Nonprofits and faith-based organizations are experiencing one of the greatest and most difficult transitions in history. The older generation have been the givers that drove some of the greatest philanthropic and outreach projects of the last 100 years. They have built universities, hospitals, churches and global ministries. But now, that generation is frankly dying off and nonprofit, church and ministry leaders are wondering, How will we generate support from a younger generation?

Carnegie Hall isn’t the first to formally create a program to reach out to that generation, but I’m impressed with the size and scope of their effort. In many of our consulting meetings with clients, we’re continuously confronted with leaders who are terrified that if they reshape or change the focus of a nonprofit or ministry for a younger generation, it will alienate the older supporters. Yes—that could always happen, but to freeze and do nothing because of fear will doom the organization for sure.

How do you do it successfully? Of course there are never sure bets in life, but here’s a few thoughts to help you manage it positively:

1. Do something. If you’re not exploring possibilities right now, you’re just rearranging deck chairs on the Titanic. The clock is ticking. Your supporters are not getting any younger, so don’t watch the ship go down. Act.

2. Create an organized effort. The “Notables” program from Carnegie Hall is a great example. Terrific benefits, including social gatherings, programs designed especially for them, personal contact with performers and more—all designed to give them an experience they couldn’t otherwise find. The “Notables” program is helping making classical music cool.

3. Sell what you’re doing to the older supporters. When nonprofits or ministries change their strategy, if the older folks leave, it’s only because they don’t understand what you’re doing. The key is selling them on the need to reach a new generation, and communicate to them what you’re doing, why you’re doing it and when it will happen. I’ve discovered that when you do that they not only don’t leave, they get excited to be part of an organization trying to reach a new generation. After all, when it comes to the gospel everyone wants to reach their children and grandchildren, and they are happy to help you fund the effort.

4. Brace yourself for the long haul. Even in the best of circumstances, younger people aren’t used to supporting organizations financially. They grew up on free TV, Napster (remember that?), free internet, free apps and more. Understand going in that it will take some time to train them, so don’t get frustrated if it doesn’t happen right away. Invest in the future.

5. Learn to speak their language. Understand the power of design. Look how Steve Jobs has attracted that generation with the design of laptops and mobile devices. Good design drives major companies like Nike, Starbucks, Apple, Verizon and more, so learn that language.

6. Finally, don’t overdo it. One direct mail organization I know is trying to reach a new generation for a religious client, and they’re trying too hard. They’re using words like “dude” way out of context, because they think that’s the way kids talk. Make sure your communications are authentic. In fact, authenticity is the key word to use during this whole process, because if anything appears fake or overdone the younger generation will run screaming from the room.

From Outreach Magazine  Try This: Beat the Heat