Home Features How to Overcome Discouragement in Leadership 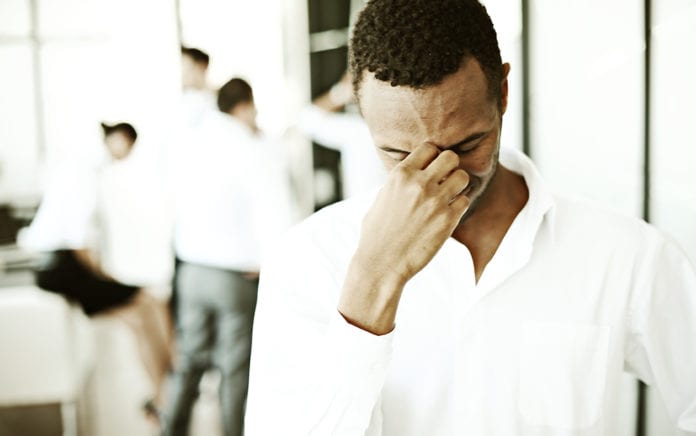 Here are seven things that have helped me get through seasons of discouragement as a ministry leader.

If you talk to most leaders long enough to get a real answer to “So how’s it going?” you will quickly discover that a surprising number of leaders are disheartened.

You know what thousands of leaders facing many different situations have in common? They’re discouraged.

Sure, the problems are specific (and they provide fuel for the subjects I try to address in my writing), but underneath so many of them is a single issue: So many leaders are demoralized and dejected.

Add ministry to leadership and it gets even harder. I’ll be the first one to admit that a large part of the battle in leadership is this: overcoming discouragement.

If you don’t develop a strategy, you won’t stay in leadership long.

So the big question is, how do you overcome the tough seasons?

How do you overcome discouragement in leadership? Here are seven things that have helped me.

1. Remember Why You’re Doing This.

Most of us didn’t get into leadership without a clear reason.

Most of the discouragement in leadership comes from the what and the how.

Someone disagrees with you about what to do, and you find it frustrating. You get stuck in endless meetings where no one can agree on how to do it—super frustrating.

The best way I know how to keep myself encouraged in those seasons and move the team forward at the same time is to remind myself why we’re doing this.

There’s a reason you’re leading. There’s a mission to accomplish.

Resetting your sights on why will not only re-motivate you and your team, it will often help you move past the logjam that is often what and how.

On my toughest days, when that doesn’t seem to work, I go back to my calling and I realize that this is what my life is supposed to be about.

There is a weight to leadership that every leader feels. And some of that is healthy. If you don’t feel the pressure of leadership, it can be a sign that you’re not engaged.

Things become unhealthy, though, when you bear all the weight of leadership.

As a Christian, my rule in leadership is this: Take full responsibility for all you can do. And then trust God with the rest.

It relieves so much pressure.

3. Do What an Emotionally Intelligent Person Would Do.

Some days (and in some seasons) my emotions get the best of me. And when they do, I want to revert to the behavior of a 3-year-old, not the behavior fitting my stage of life.

From Outreach Magazine  Why We Must Embrace Healthy Conflict

How do you combat that?

Well, quite literally, on my worst days, I ask myself “What would an emotionally intelligent person do?” I imagine what they would do, then I do everything I can to do it. Try it. It works.

Emotional intelligence is all about developing a self-awareness of how your attitudes and actions impact others and leveraging that to further the team and others. Self-aware leaders are always aware of key things that other leaders simply aren’t.

As Daniel Goleman points out in his classic book, Emotional Intelligence, emotionally intelligent people rarely let their state of mind bring others down. They’ve developed behaviors that compensate for their emotional state so they don’t drag other people down with them.

Being self-aware is one thing. The next step is to self-regulate: in other words, don’t make other people pay for your frustration.

Emotionally healthy people have enough objectivity to see how they’re feeling and enough strength to insulate others from the negativity.

On my bad days, I try to be that person.

Leadership can be frustrating. Often you’re working on long-term initiatives that present more hurdles than breakthroughs. And in ministry, the business of life-change can be very difficult to measure.

What do I mean? I mean something really small by which you can measure immediate progress:

Clean off your desk.

Take a great friend out to lunch.

Go for a walk, run or ride and count the calories with your favorite fitness app.

The point? Do something you know will succeed and that can be seen.

That’s so unlike the progress you can measure in most senior leadership jobs.

Small measurable wins will give you the emotional satisfaction you need to go back and tackle the things you’re not sure are going to succeed or that are inherently difficult to measure.

Sometimes you just need someone who understands.

The challenge is many leaders don’t know who to call.

You shouldn’t always complain to your employees or board, because they work with you. And seeking affirmation from the people who work for you can be a critical mistake.

When I’m deeply discouraged, I often call a friend who:

Often, even 15 minutes with someone who understands and empathizes helps so much.

Don’t have any close friends? Just remember, loneliness is a choice; it’s not inevitable.

I would love to figure out who actually said this, but someone observed that 70 percent of discipleship is a good night’s sleep.

If you’re discouraged, get some rest. Shoot for eight hours straight.

I’m convinced that sleep is a secret weapon the most effective leaders keep in their arsenal.

As I wrote about with some detail in my latest book, Didn’t See It Coming, staying on top of sleep has been one of the most important things I do to stay fresh and effective in leadership in the 13 years since I burned out.

You are at your most kind and optimistic when you’re most rested. You’re also at your best in leadership.

People make stupid decisions when they’re discouraged. Don’t be one of those people.

I am also fully convinced that far too many leaders quit far too early.

Here’s an interesting phenomenon: Often in my leadership, I have been most tempted to quit right before a critical breakthrough.

I almost quit writing my blog two or three times before I started blogging regularly.

The opposition got so loud that I almost quit early in my leadership when we were 95 percent of the way through the changes we were making.

I felt like quitting my marriage when we were in a particularly dark season. (But we pushed through and now have an exceptional marriage that seems to keep getting better.)

Remember. You are most tempted to quit moments before your critical breakthrough.

And do you know what you give up when you quit?

That’s right. You have no idea.