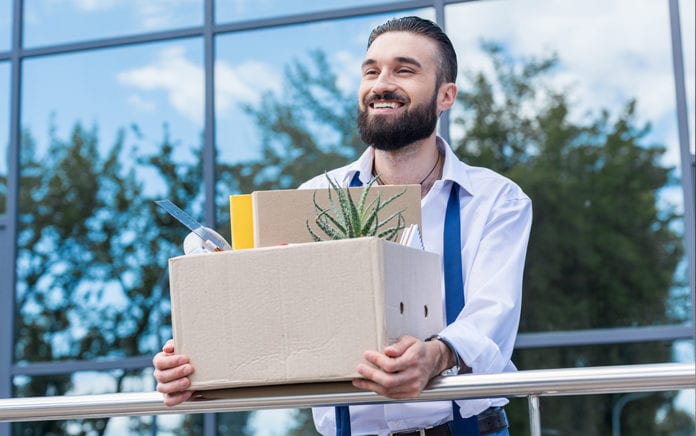 Though no story is the same, here’s how I made the jump.

It’s probably the question I get asked most often. I got it recently from a man who is a practicing CPA and a successful entrepreneur, but feels something is missing in his life. He’s highly skilled in the corporate world, but has always felt this certain calling to full-time vocational ministry. The problems is he doesn’t quite know how to make the transition from one world to the other.

How does he enter vocational ministry, such as get a job on a church staff, and, ultimately, continue to support his family financially?

I get the question all the time. I wish I had a formula and a good answer. I don’t. My story has a simple answer.

I jumped with two feet into the vocational ministry world. One day my resume had me in the corporate world where I had gone up the ranks in a large corporation, been a small business owner (twice) and served in an elected office—the next day my vocation was in the ministry world. I took a Joshua 3 leap of faith. (You can look up the reference, but basically God told priests carrying the ark of God to cross a body of water, but God made the priests get in the water before he parted the water.)

I didn’t have a position or title. I had no guarantee of a paycheck—and we didn’t have a large “nest egg” in the bank. My wife and I didn’t even know what I would be doing or how we would support our two young sons or pay our mortgage. We simply knew God was responsible for my employment for that next (and current) season of my life. It didn’t make sense at the time, but God did.

It was actually very freeing. I had been wrestling for eight months after the sale of a business. The “jump” allowed me to focus on what I could do, and I got out of the way of God doing what only he could do.

That first week I began “working for God” someone I knew called me about a church looking for a pastor to help them revitalize. It was almost an hour from my house and, at the time, I didn’t see myself as a pastor, so I committed a year to help them. They paid me half our estimated budget and we raised the rest. (Actually God mysteriously raised the rest from people we never asked for money.)

From Outreach Magazine  The Invisible Traits of Great Leaders

We left that church not knowing where we would go next, but another group of people, a little farther from our house, called and asked me to help them start/plant a church. We didn’t feel led to move our boys so I committed two years to help them. After that we planted another church and helped revitalize another—and there are long stories attached to each one, but that’s our story.

It hasn’t ever been “easy,” but God has been so incredibly faithful. Each time we have sensed God doing something new he has provided. In this new season at Leadership Network (which was another jump of faith) we get to be involved with thousands of churches and we feel the hand of God moving ahead of us again. And he remains faithful.

Again, I’m asked how I made the transition so many times. Now you know a part of our story. I always feel, however, there is more I need to share if you are in a similar wrestling time with God.

Your story won’t be mine. Don’t try to judge your situation by anyone else’s. I have only found one story of a burning bush in my Bible. Or a Damascus Road transformation. Or a prostitute who protected the men who were spying the land.

Don’t discount the voices of others. I had countless people trying to speak into my life when I was “wrestling” after the sale of a business. Many people, including my wife, saw what I couldn’t see—or didn’t try to see. One man had the nerve and boldness to push me in the right places just when I need him to do so, and challenged me to make the jump. I’m thankful for each gentle nudge and the not so subtle shoves.

You may need connections to land a “church job.” For me, the first call came from nowhere. Literally. I didn’t see it coming. But, it was someone who knew me (although he didn’t know my current situation), thought I’d be a good fit to help the first church, and called me to see if I would be interested. In my experience, God usually works through other people in whom he has also been working in their life.

You may already be doing the “ministry” you’re supposed to be doing. This may be the biggest word you need to hear. Don’t discount what you are doing today. I wish someone had told me when I was in the business world that what I was doing was just as important a kingdom role as anything I would ever do in vocational ministry. I wish someone in professional vocational ministry had given me permission to be on mission in the places where I was already working.

Or, like me, God may have an assignment for you in the local church—or in a non-profit like the one where I serve now. If so—if that is his plan—he will provide the path in his time. In the meantime, keep serving him wherever you are. That’s the most important point. If you’re wrestling—keep wrestling. Finding out what God has for you is always worth it.

And, if God makes it clear to you, don’t be afraid to jump.