Home Features Why We Need to Stop Chasing Relevance 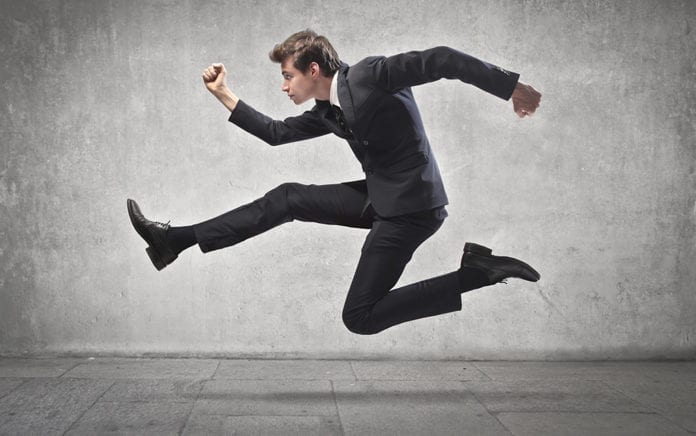 Are we becoming irrelevant by chasing what’s trendy?

Ask a typical pastor or ministry leader what they want to accomplish with their ministry, programs or products and chances are you’ll hear the words “be relevant.” “Relevance” has become the buzzword today—especially in the Christian media world, and applies to church services, TV and radio programming, books, music and outreaches of all kinds.

In this culture, everyone wants to be relevant. I’ve spent my career helping the church speak the language of the culture, and being contemporary and relevant is part of that equation. But in that process, I’ve discovered that most people work so hard to be relevant, they spin hopelessly into irrelevance.

How? Most pastors and Christian leaders mistake “relevant” for “trendy.” They hope that if they wear the right clothes, use the right words, get just the right haircut, speak on current topics or play the right music, they’ll somehow be perceived as relevant.

But relevance isn’t about chasing trends, it’s about standing the test of time. The French philosopher and cultural critic Simone Weil said, “To be always relevant, you have to say things which are eternal.” Ultimate relevance is about the principles that last—eternal truths with a capital “T.”

That’s no excuse to wear tasteless clothes, sport bad haircuts, have a choir with no talent or use out-of-date techniques. (I’d personally feel I had done my job on the earth if we could rid Christian TV of fireplaces, plants, blue curtains and tacky furniture). To speak in the living room of the society, you must first get them to let you in the door. In Acts 17 the Apostle Paul gave us the perfect example of how to engage the culture, and today—especially when it comes to the media—no matter how brilliant your message, it doesn’t matter if no one listens.

But when they do listen, make sure you’re not trying to chase relevance. That’s a hopeless proposition, because what’s “relevant” changes as styles, trends and seasons change. What was wonderfully relevant last year might simply get a laugh now. Instead, build your life around what playwright Eugene O’Neill called “the eternal verities.” The things that last, and are eternal.

From Outreach Magazine  10 Steps to Build a Creative Culture

Pastors, ministry leaders and conference hosts have followed hot on the trail of motivation, self esteem, prosperity, faith teaching, positive thinking and more in recent years—all of which have certainly been high on the relevance meter in their time. But while we were trying so hard to be relevant, guess what? A non-believer—Dan Brown—wrote a novel called The Da Vinci Code about the origins of Christianity that millions of people read and millions more watched. Sure the novel was “historical hooey” as movie star Tom Hanks said, but the book’s success revealed millions of people were asking serious questions about the beginnings of the Christian faith, the divinity of Jesus and the validity of believing in God.

It doesn’t matter if you’re a pastor, or simply a regular believer sharing your faith with a friend or co-worker. If you want to be remembered, and have your message mean as much to someone 100 years from now as it does at this moment, then reach for a higher goal.

Ultimately, to really be relevant, stop trying so hard to be relevant.