Home Features Why Moral Failure Is Not a Megachurch Problem 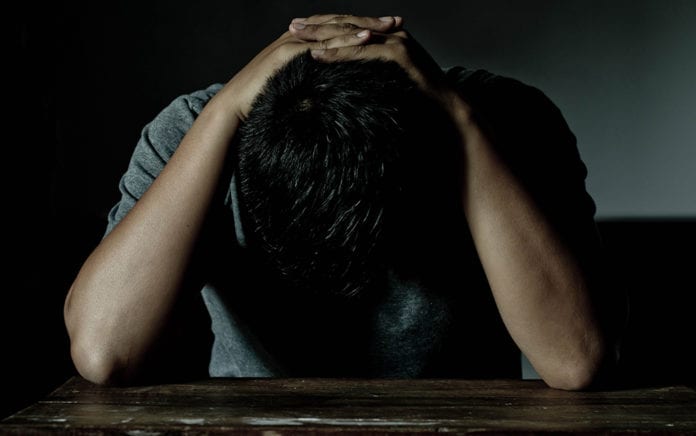 Moral failure is not exclusive to megachurch pastors.

There’s been a lot in the blog and social media world about megachurch pastors failing lately. If you’re in that world, you know what I’m talking about.

It’s tragic for sure. Sad. Frustrating.

It makes me pause and think through my own life as a pastor. It makes me grieve for the church, the family and the man. It causes me to pray—for that church, for my church, for him, for me, for my pastor friends.

But what’s really been frustrating to me is all of the opportunistic shots at the “megachurch.” There have been so many comments, blogs and posts (most from parents’ basements) over the last couple of weeks that have repeated the same kind of mantra: See! This is the problem with megachurches! … Megachurches are all like this. … This is why I left such-and-such megachurch.

But … this is not a megachurch problem.

For every megachurch pastor who “falls,” there are many more pastors of smaller (non-mega) churches who struggle in the same way. Theirs is just a quieter landing. There are not as many likes and shares in reporting their failures, so they go unnoticed by the larger Christian world.

This is not a megachurch problem. This is a sin problem.

If you think that you’re better in some way, you’re mistaken. If you think you couldn’t ever allow it to go that far, you’re mistaken. Sin lives in all of us. Without the power of Christ at work in us, we are one step away from making headlines (although probably not, since no one would read it).

Obviously I’m not saying that what has caused the latest famous pastor to fall (and those before him) is a one-time, momentary lapse in judgement. It took time. The process was no doubt a slow one—a compromise here and a compromise there until things were careening down a track headed for a mountain. By the way, there’s no tunnel in that mountain in this analogy.

But that brings me to my next point. These men didn’t think this would happen to them either. Twenty years ago they had no plans of ending up like this. They wanted to glorify God and reach lost people. They wanted to build Jesus’ church. They were like you. I think they’re probably still like you. They just got off track somewhere along the way. Like many, many other pastors and … get this … people do. It’s not just Christian pastors that fall. It’s Christian people. Why?

Because this is not a megachurch problem. It’s a sin problem.

From Outreach Magazine  Leading by Word and Deed

Most megachurches are just churches that a lot of people love. That’s it. Most aren’t evil. Most aren’t compromising the gospel. They’re just reaching a bunch of people for Jesus. So if you’re in a church of 200 and you don’t like megachurches, what’s the cut-off for your church? If a bunch of lost people start having their lives transformed by the love of Christ through the ministry of your church, when will you say “That’s enough! No more!” 300? 500? 5,000? When would you decide you’ve reached enough and should stop because you’re just “too big”?

Okay. Let’s just be honest about what this is. It’s pride and envy.

This is not a megachurch problem. It’s a sin problem.

You don’t like megachurches because they’re “successful” and you’re struggling. You’re doing everything you can to reach as many people for Jesus as possible, but you’re not seeing the results they’re seeing. So there must be something wrong with them. They must be compromising the gospel to get people in. So when a megachurch pastor falls, you jump in with “I told you so!”

My heart breaks for the megachurch pastors who make the news in a bad way. It breaks for their families, their churches, their communities. But it should break just as much for those not in the news. Because this is a sin problem.

From Outreach Magazine  Carey Nieuwhof: Prepared for the Challenge—Part 2

Because this is not a megachurch problem. It’s a sin problem.

And we need Jesus to help us with our sin problem. Every single one of us. You know what else we need? People who can see this stuff in us and call it out. People we trust. People who can say things like: “You’re heading the wrong direction here.” “You’re getting close to the fire.” “I’m starting to see pride and envy come out in you. Don’t forget that success is just faithfulness to what God commands.”

Consider Galatians 6:1–2: “Brothers, if anyone is caught in any transgression, you who are spiritual should restore him in a spirit of gentleness. Keep watch on yourself, lest you too be tempted. Bear one another’s burdens, and so fulfill the law of Christ.”

Sin lives in all of us—pastor or not, megachurch or not. My only hope for not letting sin derail God’s plan for my life is asking some people to help me carry the burden of sin.

And just in case you were wondering—I am not a pastor of a megachurch.