Home Features How to Shepherd Women Who Are Hurting 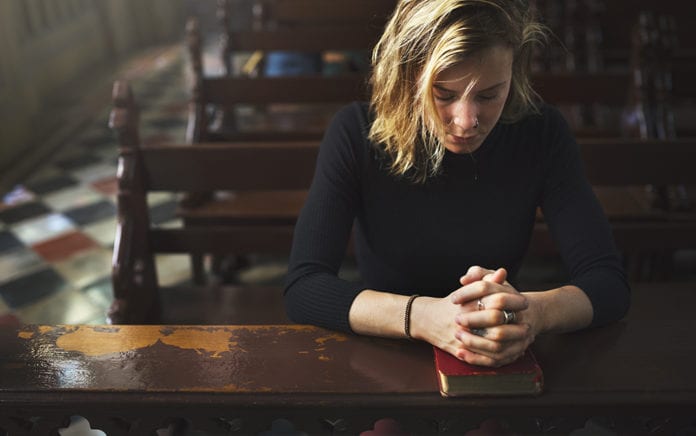 Here are ways to help, not hurt the women in your congregation who have experienced trauma.

I returned to the church at age 25, with a buried abortion story and a 2-year-old in tow. In my mind, God was like many of the men I’d encountered in my short years—power-hungry and eager to take what didn’t belong to him, while giving no thought to the mess left behind.

I confessed these thoughts to the small group I’d begun to attend, and the men and women around me responded with compassion and understanding. The Lord awakened my heart to faith through the preaching of the gospel at that church, and in this tear-filled moment and the many that followed, the healing process began.

Sexual assault and abuse have filled news headlines over the past few years. While the #MeToo movement gains traction with more and more women sharing their stories of sexual harassment and assault, many of the 1 in 6 women who have been victims of an attempted or completed rape remain in hiding, in large part due to the grievous ways their accusations are received.

In recent weeks, abortion has taken center stage with the Reproductive Health Act passing in New York, the same month as the 46th anniversary of Roe v. Wade. One in 4 women will have an abortion by age 45, and memories can haunt us as people debate the issue on their news feeds.

Women affected by these issues are sitting in your church. We limp into the pew having been assaulted by headlines and social-media commentary—words and pictures that trigger memories, shame, fear and disgust. Despite the healing power of the gospel, the effects of our traumatic experiences linger. Our consciences accuse us day and night, and we are spiritually weary. We doubt our belovedness; we wonder if we really belong to Jesus; we wonder if the gospel is sufficient to heal our bleeding wounds.

I’ve been blessed over the years to sit under the loving care of wise and compassionate pastors and elders. I’ve witnessed great humility in these men as they’ve listened to my story and grown in wisdom and understanding in their pastoral care for women. It hasn’t always been perfect, and we have hurt and misunderstood each other.

But they did a few things that ministered to me and other women in our church.

From Outreach Magazine  What NOT to Say to Someone in Pain

1. They Discerned the Power of Their Words.

Trauma leaves marks on the brain and body, and words and phrases can trigger a physical response the listener is unprepared for. They activate the brain’s stress circuits, throwing a person into a state of panic, unable to hear the words that follow.

Consider the effect of the word whore on a woman who has received that word as abuse, or how the Bible’s stark description of sexual violence affects women who are victims of sexual assault. Consider the shame that post-abortive women can feel as abortion is lamented from the pulpit.

The Bible is filled with words that elicit responses from a congregation. My pastors didn’t water down the offense of the gospel, nor did they ignore the unsavory parts of passages. But as they learned more about the women in our congregation, they gave more thoughtful care to the ways their words would affect them.

One Sunday several years ago, an elder at my church spoke out against abortion. He told the truth about its evil and lamented the ways we are complicit. He called the church to pray. But then he spoke a tender word of compassion and hope to post-abortive women. He proclaimed the gospel, carefully applying it to the hearts of those who desperately needed to hear it in that moment. And, after the service, he reached out to ask how I was doing, inviting feedback about how he could grow in being a compassionate preacher.

In his book Preaching the Whole Counsel of God, Julius Kim calls men to be sympathetic preachers:

“Reveal your care and kindness throughout the sermon. It may be obvious, but being a sympathetic preacher is important. … You are a shepherd first, preacher second. … Good preaching involves revealing compassion, warmth, tenderness and understanding in both your words and your deeds” (p. 159).

Pastors who have taken this counsel to heart won’t always be able to guard against trauma-induced responses. But as they discern the power of their words, they will build deepened trust with their congregation. In my case, the words of these men became one of the instruments the Lord used to continue my healing (Ps. 107:20).

2. They Distinguished Between Victims and Perpetrators.

Everyone in the congregation needs to hear a call to repentance and receive the assurance of forgiveness in Christ. But abuse and assault victims often believe the lie that they were the ones at fault.

From Outreach Magazine  5 Keys to Building Your Small Group Ministry

It’s powerful and necessary for these victims to hear a word from outside of themselves. Their victimhood doesn’t render them sinless, but in addition to an assurance of pardon for their own sins, they need an assurance of justice for the sin committed against them (1 Thess. 4:6; Rom. 13:4).

A wise pastor understands the complexity of trauma and its victims. I’ve been privileged to be part of churches who have a pastor designated to focus on the counseling needs of the church. These men seek to grow in their understanding of the issues facing both men and women (through resources like this book and this one, for example).

As my church and I fumbled through these difficult issues, it went a long way that my pastors demonstrated genuine concern. They didn’t always understand my struggles, or see the ways their words affected me. Sometimes I was overly sensitive, and often I communicated poorly. But my pastors stood humbly with me before the cross.

The Great Shepherd has compassion for his people (Matt. 9:36), and he has appointed undershepherds to carry out that compassion. The Lord has used the careful words of his undershepherds to warm my heart to the gospel and bring about continued healing. In this day of unrelenting headlines and social-media commentary, the need is acute. But when these things are done well, women with trauma can feel loved by their pastors and, ultimately, by Christ himself.