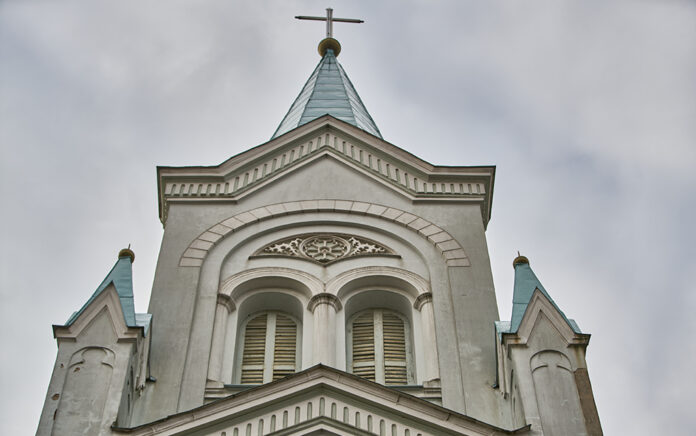 We are invited into the freedom that’s possible as power wanes—freedom not to be influential or important, freedom from defending things that were never ours to defend.

The first U.S. church service I ever attended included an announcement that confused me. An elder explained that because a major cleaning product brand advertised during sexually explicit TV programs, Christians should boycott the company’s products. He handed out product lists, and the whole congregation pledged their participation in the boycott.

I left scratching my head. Having just moved to the U.S. from a more secular Australia, I thought, Hmm, well good luck to them. There’s no way Christians are numerous enough for this major corporation to feel any significant loss of sales, and why do they expect the corporation to support Christian values anyway? It makes no claim to be a Christian organization.

I had no idea the number of Christians in the U.S. and the very real economic and political sway they had. But now, 20 years later, as U.S. Christians are feeling their influence dwindling, here are a few thoughts formed in the post-Christian places where I minister.

There Is Privilege in Being a Christian in the West

“In the West, we’ve long assumed that Christianity was the default setting, ”[1] says Michael Bird, author of Religious Freedom in a Secular Age. This default brings to Christians in the West a kind of privilege. While there are certainly types of marginalization within the Western church, a Christian in the West is more likely to have advantages that a Christian outside of the West may not have. These include having innumerable churches to choose from, easy access to Christian resources, and representation in government.

What does it mean for us, as Western Christians, to have privilege? Privilege should mean being accountable, holding a reverence for the weighty effects of our choices, and exhibiting a benevolence toward those without power.  This should be especially true since we claim to be shaped by a servant—Jesus. Instead, we are often oxymorons—powerful people claiming to follow a nobody.

While we have this historic privilege, we’re also experiencing how Christianity is no longer “the default setting.” We’re troubled to see our interests being less and less represented. We see our reputation becoming more negative in places like school curricula, government policy, and the entertainment and media industries.

In this time of “radical de-Christianization,”[2] it makes sense that we might feel threatened. But it is essential for us to remember that in many settings we’re still perceived as powerful. Therefore, our reaction to this loss of power often looks not like a marginalized cry for justice but a privileged defense of fiefdoms.

From Outreach Magazine  Why Your Marriage Is Your Most Important Ministry

I’ve watched as Christians who have stood up for their values become indignant when they find their livelihood threatened for it. While claiming the place of the persecuted minority, they are still expecting the protection that has come from being the privileged majority. I admire their courage to stand up for what they perceive as their Christian rights. Yet at the same time I remember that people throughout history who have defied the system in the name of following Jesus have not expected to keep their jobs or even their lives.

Embracing the Accountability That Should Come with Privilege

Being accountable as one who is privileged should entail owning the abuses of our history. When faced with angry people, demanding an accounting for the harm done in Jesus’ name, will we get defensive? Or will we choose to hear the pain behind the anger and feel their sense of injustice? In response we should be willing to say, “I’m truly sorry. Please, keep holding us accountable for every way we don’t look like Jesus.”

I confess my desire to fight or flee in these moments. So it helps to decide in advance to choose the posture of repentance every time in the face of what feels like an attack. When I’ve chosen that posture, I’ve watched indignant faces soften. I’ve seen conversations move in new directions.

It costs us to swallow our defensive instinct and to receive the critique. But the world will find that new response disarming and refreshing. Being stretched to respond with welcome when we want to come out swinging will teach us the posture of Jesus.

Embracing the Humility That Is Learned on the Margins

This dwindling of Christian power in the West offers us a moment to learn humility. The best place to learn this is from truly marginalized Christians, especially those living in persecution, where their faith actually costs them economic security or even their lives. Marginalized Christ-followers are not surprised that political and economic powers do not represent their values. Their primary hope is not for laws tolerant of their faith. They embrace the opportunity to choose once more to trust in a hidden power of the kingdom at work.

Testimony as the Proclamation of the Powerless

It’s tempting to think this turn to humility means a turn toward silence. Too often, as powerful Christians, our repentance for misspeaking leads to an overcorrection: We stop speaking. But the call of the truly marginalized Christian is to keep being a presence, keep proclaiming a kingdom, in the face of opposition and derision.

From Outreach Magazine  Financial Support for Returning Missionaries During the Pandemic

Marginalized Christians raise their voices to proclaim, not a defensive argument, but a humble testimony, offered as a gift, even though their voices tremble. Testimony is not memoir but a “narration of events and a confession of belief: we tell what we have seen and heard, and we confess what we believe about it. ”[3]

Admittedly, after centuries of institutional Christianity, we might not have much to say about what we’ve seen and heard of God’s power. Our only testimony may be to tell what we’ve seen and heard of our own power. It’s only natural, then, that our proclamation, instead of being true testimony, is argument and defense. The result is we sound very little like Jesus. We once more may need to learn dependence on the power of God so we have a lived belief in God to confess. Thankfully, the current crumbling of everything we’ve known gives us the perfect opportunity to learn these humbling lessons.

An Invitation Into Freedom

I’m inspired by this cartoon by iconic Australian artist, Michael Leunig, who expresses his Christian faith in winsome ways through his weekly work, published for decades in secular, national newspapers. The simple figure, little more than a doodle, embodies a willingness to let personal, ordinary faith be public. He’s unsurprised when others disregard his beliefs. The challenge to his faith becomes a moment for the world to watch him actually following Christ. The loss of power becomes a moment for him to trust in a different kind of power.

As powerless as we may yet become, we will always have access to that different kind of power. Scripture promises that we shall overcome. But our overcoming is not by argument, by proof-texting, or by defensiveness. Scripture promises that we shall overcome by the blood of the Lamb and by the word of our testimony—two very tender, messy, creaturely things.

We are invited into the freedom that’s possible as power wanes—freedom not to be influential or important, freedom from defending things that were never ours to defend. When we learn that humble way, we will truly be Christian once more. And “Christian” will no longer refer to a religious system but to people who live like Jesus.