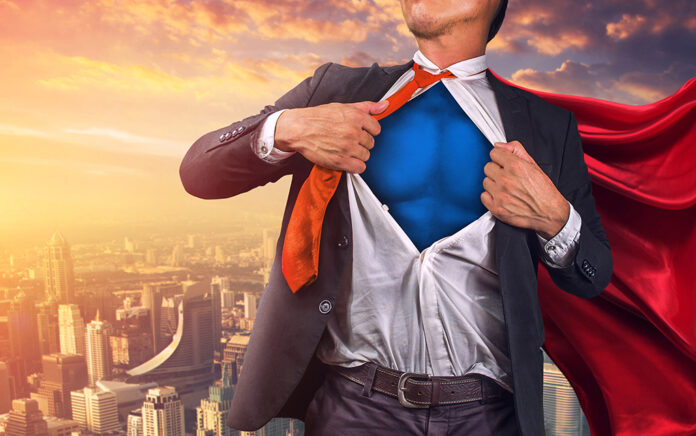 If you’ve been in places of poverty, perhaps you’ve felt overwhelmed by the needs around you.

You may have wondered how to help, without becoming a “white savior.”

You see the temptation we face as people with power and privilege in a world of need, is not so much the temptation to pursue evil—rape, murder or pillaging …

Instead, our temptation is to pursue good in ways that ultimately harm the very people we are seeking to help.

These are temptations I have faced for years, because as a Westerner in Cambodia I walk the streets with forms of power that most of my neighbors don’t have. I receive invitations and open doors that others don’t receive. I have access to resources that local people can’t even imagine.

With that access comes the temptation to be their “savior,” to use my power to create “miracles,” when I’m really called to be something else—something more humble, vulnerable, and much, much better.

If you went to Sunday school like me, perhaps you learned that God has three key attributes: omniscience (He is all-knowing.), omnipotence (He is all-powerful.), and omnipresence (He is everywhere.). Remember that lesson? Those were big words for a little boy.

What I didn’t learn in Sunday school is that these attributes also describe the most common ways that benevolent outsiders attempt to take on the role of God in the lives of those with whom they are working.

These are three ways we fall into acting like “white saviors” (and yes this is for people of any race, who come with access to more power and resources than local people).

The first way we fall into playing God is by acting as if we know everything—or at least more than we actually do. Psychologists call this the Dunning-Kruger Effect, a cognitive bias where people with limited knowledge or competence greatly underestimate their lack of understanding. Cultural outsiders do this all the time, especially in their early years of service.

Of course, most of us don’t admit that we are know-it-alls (even if everyone else around may perceive us in this way). But in resource-poor situations, expertise is often conferred on outsiders just because of the color of our skin or our passport. In these situations, you may have an 18-year-old from England on a gap year teaching science at a Kenyan high school, or you may have a lawyer from the U.S. constructing a house in Mexico.

We should have a healthy awareness of any expertise we bring into a situation—if we do, in fact, bring along any expertise in a particular area. But unfortunately, we often don’t realize what we don’t know. This makes the posture of humility and listening crucial for outsiders.

This point was driven home to me when I visited a building project just outside Phnom Penh. A group of well-meaning short-term missionaries from a Western country had come to “bless” poor Cambodians by building them houses. Each of the houses had been built with a solid tile roof and concrete block walls, a cute front door, and a brass plaque on the front, stating who had worked hard to come and build it. To my eyes, at first glance they looked smart.

The only problem was, poor Cambodians generally build their houses on stilts so they can sit underneath them during the heat of the day and enjoy the cool breeze. Without money to install air conditioning, this lifestyle in the shade helps them to survive the stifling heat of Cambodia’s long hot season.

Because no one wanted to live in these ill-conceived foreign monstrosities, they stood empty and abandoned on the edge of the village—a testament to another failed outsider intervention, and the Omniscience Trap.

A stone’s throw away stood an abandoned water pump and well that had been installed by a different group of foreigners. These had also fallen into disrepair and lay unused, rusting away.

Without local consultation, insights, and expertise, the results of both of these interventions were a sad failure. Of course, the short-term missionaries in each group most likely had good hearts, and all of them were probably deeply impacted by their trip and went back to their home churches bursting with amazing tales of miracles and encouragement. But good intentions are not enough. Their efforts had fallen into the Omniscience Trap.

To combat this problem we need to invest enough time in a place and culture to understand how much we simply do not know. The Dunning-Kruger Effect reduces over time as we learn more, and become more familiar with the situation. So, the simplest answer to the Omniscience Trap is time. Time to learn. Years in fact.

The second way we fall into playing God is by sticking around too long and never stepping back to let local people lead. We are “omnipresent”—always there, always chipping in our two cents worth, always hovering.

I’ve needed (and often lacked) a great deal of self-discipline to avoid overstepping my role in encouraging local leaders in our ministry in Cambodia. This is especially true in cultures where people are naturally more soft-spoken and relational. In Cambodia, folks will defer to the foreigner nine times out of ten.

In Luke 9, Jesus gathers his team together for an inspiring chat about missions. Jesus wanted to send them out to do some ministry, and so he gives them power and authority to go out and kick some demon butt and heal some sick people.

Then Jesus gives them one final instruction: he commanded his team, “Whatever house you enter, stay there until you leave that town” (Luke 9:4a).

It seems that Jesus knew there was an ideal length of time to remain in each place. Neither too short, nor too long. This is why we need sensitivity to the Spirit and a sensitivity to the unspoken words of those we are serving alongside.

When I first moved to Cambodia I would proudly tell people I’d be buried here on Cambodian soil. But for me at least, those noble words were rooted in a certain pride and a lack of understanding. There is a time to step back (as I am this year in New Zealand). There is a time to give local leaders space. And there is even a time to leave.

Jesus’ ministry, including growing up, was 33 years. Then Jesus took the biggest gamble of all—he stepped back and left it all in the hands of a team of unemployed fishermen, rejected bureaucrats, disreputable women and some failed revolutionaries.

The third way we fall into playing God is by becoming a patron instead of pointing people to the true provider. This is a very real temptation, because we almost always have access to vastly more resources than local folks.

Notice Jesus’ instructions for the mission trip in Luke 9: “Take nothing for the journey—no walking stick, no backpack, no bread, no money, no extra shirt” (Luke 9:3).

By stripping his team of the ability to meet their most basic needs, Jesus was forcing them to rely on God and the local resources of the people they visited. He was placing them in a posture of interdependence.

The antidote to the Omnipotence Trap is self-discipline. We simply must hold back from unleashing all our resources in each situation of need. It feels counter-intuitive. It even feels terribly wrong sometimes. But it is the wisest course of action.

Jean Johnson talks about the 80/20 rule in mission. She says, “My Westernized Christian worldview tells me over and over to rely on science, materialism, money and status 80% of the time and the Holy Spirit after the fact—20% of the time.”

But the things we rely on (money, connections, etc.) to solve the challenges we face in ministry are simply not available to the poor. And so we do them a massive disservice by role modeling this kind of problem-solving. Instead we need to reverse the emphasis and rely on the supernatural power of God 80% of the time.

These are three of the most common ways that those of us with more power and resources can fall short of how God has called us to serve. When we fall into these traps we are in danger of undermining local initiative, creating unsustainable ministries, and thwarting what the Holy Spirit is wanting to do in each situation.

When COVID hit, I witnessed a massive exodus of missionaries from every mission field. For many, the test of whether their work was sustainable came earlier than they had hoped, and unfortunately too many ministries and projects collapsed.

The challenge then, is for all of us who serve as outsiders. The challenge is not to act as God in the lives of others. But instead to point to the one true Source…

I’m grateful to Rachel Pieh Jones and David Crouch for their thoughts around these attributes of God and how they relate to outsiders serving in mission. These ideas and many others are unpacked in my next book, Subversive Mission: Serving As Outsiders In A World Of Need, which launches November 1st, 2022

From Outreach Magazine  Rediscovering Rythmns of Grace After COVID