Home Features Succession: Ready or Not? 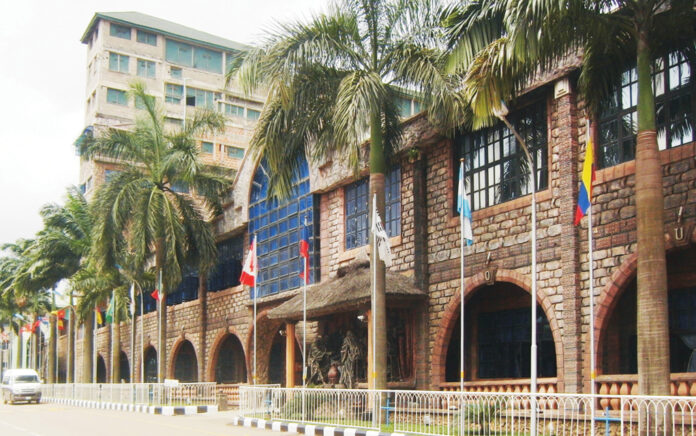 Succession planning is a mixed bag across the globe.

Nigeria, Africa’s largest country, has now surpassed Korea as the global hub for very large churches, including the largest seating-capacity church buildings and the largest-attended annual Christian camp meetings. Two of the world’s fastest-growing church denominations also come from Nigeria. And frankly, many of the world’s most curious megachurch personalities also are from there.

T.B. Joshua, founding pastor of one of Nigeria’s most globally influential—and controversial—megachurches, unexpectedly died June 5th at age 57. He had preached a Saturday evening service, left the stage, went to his office and a few minutes later was found sitting in his chair, unconscious from a stroke. He died later that evening.

Even as the church, Synagogue Church of All Nations (known widely by its initials, SCOAN) both mourned its sudden loss and managed coverage from international media, confusion immediately began about who the televangelist’s successor would be.

Media attention quickly shifted from highlighting the dignitaries paying tribute to T.B. Joshua to surfacing an apparent lack of a succession plan. Speculation focused on the prophet’s widow Evelyn. Indeed on July 15 the church’s elders declared her as the heir apparent.

According to SCOAN’s official statement: “Be informed that at the appropriate time, the new leader of the ministry shall be made known, according to the move of the Holy Spirit. For now, Mrs. Evelyn Joshua is in charge of coordinating the affairs of the church.”

Initially, T.B. Joshua’s sermons were replayed for weekend services at the church and also on SCOAN’s satellite and internet broadcasts. Local media responded by highlighting the church’s many evangelists, along with Evelyn, as candidates to pastor, preach and lead the church in its grieving and into a future without T.B. at the helm.

For Others, Next Steps Have Begun

The day I’m composing this article, I spent an hour with the executive pastor of a large church in Brazil. The long-term senior pastor, now in his 60s, had asked him to help walk through the many issues at stake with a healthy succession.

Their starting point is that there was no emergency succession plan. The church bylaws were not specific about the succession process, nor was the role of the board clearly spelled out.

The church’s only previous pastoral transition had taken place back in 1999 when the church was about 350 in attendance. Today, the church looks much different, drawing thousands. It is also multisite, has paid staff, daughter churches and directly supports several missionaries. This organizational complexity increases the number of decisions that need to be made. It also speaks to the various communication processes necessary for a smooth leadership transition to eventually occur.

The formal planning began as the executive pastor framed about 20 questions, mostly about selecting models for succession. He and the senior pastors prayed and talked about them over three hours for their initial session. Most importantly, they set an appointment for the next conversation. They see the process of putting a complete succession plan in place as taking months if not years.

As I’ve conducted interviews, I’ve been amazed at how many people look back on their succession planning and lament, “I wish I had started sooner.” Some wish they had allowed time to mentor and to give the congregation greater exposure to likely successors (even if those successors didn’t know they were being considered). Others wish they had led the congregation to pay off a debt or reposition a resistant staff member so the new pastor would not inherit the issue. Others who had named an heir apparent wish they had allowed time to help their future successor build a team or receive training in areas of need.

There are several long-range planning steps any pastor can initiate. While the urgency may be greater for a pastor at age 65 with 20 years of tenure than a pastor at age 30 with two months at the helm, succession is too often overlooked. Important steps include:

2. Emergency Action Develop an emergency succession plan and communicate it to the right people. Should the senior pastor suddenly die or become incapacitated, how will day-to-day decisions be made, including who will preach over those initial weekends during the crisis?

3. Forecast A common fault of succession planning is to make the current senior pastor’s personality and skills the primary standard of comparison. It is important also to ask how the neighborhood and racial makeup of the community is changing. What will be the church’s likely leadership needs 3 to 5 years from now? Discuss the future with the idea that the church will likely need to emphasize more of “this” and less of “that”—and then describe the kind of leadership needed to navigate that path.

The Bible is full of examples of people who helped shape their succession, from Moses who mentored Joshua for 40 years, to Paul investing in Timothy to Jesus who poured three years into training his “ministry resident team.” A pastor can do likewise in praying for, cultivating those who are likely to become the next generation of leaders in their church.

Granted, there are instances where denominational or church polity doesn’t allow pastoral involvement in the succession process. Even in that situation, those pastors can play a huge role in succession planning by building the kind of optimal leadership development culture where the next leader, whoever that may be, is most likely to thrive.