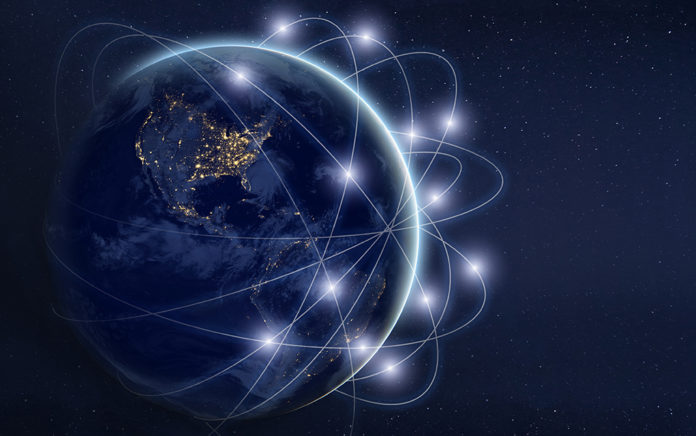 This article originally appeared on the Lausanne Movement website and is republished here with permission from the Lausanne Movement.  In this interview, Bill Jones, João Mordomo and Ken Katayama share their experiences leading Crossover Global, an organization that has planted well over 2,000 churches among unreached people groups and hopes to plant 4,000 more by […]

In this interview, Bill Jones, João Mordomo and Ken Katayama share their experiences leading Crossover Global, an organization that has planted well over 2,000 churches among unreached people groups and hopes to plant 4,000 more by 2024.

Bill and João were 32 and 19 years old when they co-founded Crossover Global in 1987, and Ken Katayama, the new president as of this summer, was only 19 when he joined the organization and 25 when he first became a leader. The three also share various Lausanne connections: Bill was a participant in the 1987 Younger Leaders Gathering in Singapore and Ken in the 2016 Younger Leaders Gathering in Jakarta, and João is currently Co-Catalyst for the Business as Mission (BAM) issue group.

The three discuss the strategy they’ve used for church planting over the years, how a future shaped by COVID-19 will affect the organization, and what younger leaders today can do if they have big dreams for the kingdom. The interview is a beautiful illustration of why Lausanne believes so strongly in younger leaders and in intergenerational connections, embodied in our Younger Leaders Generation initiative.

Crossover Global’s focus is planting churches among unreached people groups. Why have you chosen this specific focus when church planting is needed everywhere?

João: Throughout the Bible and redemptive history, God himself has placed much emphasis on ‘all peoples’—he wants to be known and worshipped by representatives from all peoples. That’s the glorious vision of Revelation 5:9 and 7:9. The reason that we are to make disciples of all nations, to declare his glory among all peoples, is nothing less than doxological: because great is the Lord and most worthy of praise.

That means that if there are any peoples where the gospel is not being proclaimed, where disciples are not being made, the church must go to them and we must prioritize them. Today there are about 17,000 distinct people groups in the world, and about 7,000 of them are unreached. That’s over 40% of the world’s people groups and over 40% of the world’s population who are unreached.

How did the idea of founding Crossover Global come about?

Bill: For months God had been dealing deeply in my heart to take personal responsibility for the evangelization of the world. It was at the 1987 Younger Leaders Gathering in Singapore, however, that I made the commitment to launch Crossover Global, in an effort to join the ranks of others in helping complete the unfinished task of reaching the nations for Christ. I had met João when he was 16 years old. He attended and I spoke at the same conference for three years in a row. During that time we built a relationship. When he was 19, right after I had returned from Singapore ’87, João called asking if I could be his mentor. I responded that he could find a lot better people to mentor him, but if he wanted to help start a new missions organization to reach the world with the gospel, then we should talk. To my (and his) surprise, he soon moved from Orlando to Atlanta to get Crossover Global started.

Bill: I had quickly recognized João’s heart for God, his desire to grow, his godly character, and his strong motivation to glorify God among all people groups. Ken possesses the same qualities.

I would add to those qualities that they both live by priorities, in that they have never sacrificed their families on the altar of ministry; nor vice versa. They both have servant hearts. Watch them at a large gathering and you will notice that they will always go to the end of the line, not the front.

But the quality for which I am most grateful is that we deeply love one another. One of my most precious memories occurred at a gathering for our global leadership team. During a time of prayer, Ken started praying for me but had to stop praying because he had become too emotional. So João told the group that he would finish Ken’s prayer. However, he couldn’t pray because he also became emotional. The point is that I never get prayed for. Not really. The point is that we love each other very much.

Early on in Crossover Global’s history, the church planting goals were in the tens and hundreds. In 2011, how did you make the jump to aim for 2,000 new churches by 2020?

João: When our global leadership team gathered in 2011 to prayerfully consider what the Lord had in store for us, we knew the Lord wanted us to do more and better than we’d previously done. The challenge needed to be so big that only God could do it. He led us to the number 2,000. By 2018, it looked like there was a chance we wouldn’t reach the goal. However, the beauty of planting multiplying churches is that they multiply! The movement curve that we were praying for and counting on started to kick in, and we ended up planting all 2,000 by October 2019, over a year ahead of schedule.

That’s amazing. I imagine planting so many churches in just eight years doesn’t happen by accident. There must be a strategy you used.

Bill: Yes, we call it the Ministry Multiplication Cycle (MMC)—but we do not view it as a technique or model. Rather, we see it as the biblical strategy with four tactics used by Jesus and those he trained and those they trained. We spent two years studying the ministry of Jesus and learned so much from the Scriptures. In our study, we discovered a huge emphasis on multiplication and mobilization as Jesus moved outsiders to new believers through evangelism, new believers to committed followers through establishing, committed followers to effective workers through equipping, and effective workers to world Christians through extending.

Another important note on our strategy—we have a saying at Crossover Global that the Great Commission is not from the West to the rest, but from the reached to the unreached. We are not a North American organization that works internationally. We are a truly global organization. In a geographic sense, we are polycentric. From a leadership perspective, our 20 most senior leaders are from at least twelve countries, mainly from the Middle East and Asia.

Given the COVID-19 pandemic, these are pretty turbulent times for leaders. Ken, as the new president of Crossover Global, do you think your leadership will need to look different at all?

Ken: I believe it is too early to fully understand the long-term effects of COVID-19 for global leaders. But there are two key adjustments that, as global leaders, we must pay attention to.

From Outreach Magazine  Be Intentional About Where You Live, Work and Play

First, a virtual world. This is not new, but I believe that COVID-19 accelerated the digitalization process in the way we work. Some global gatherings and meetings that used to be done face-to-face before COVID-19 will most likely be replaced with online virtual meetings, virtual trainings, and virtual team building. This potential replacement will make sense for stewardship of funds and time. I see a great opportunity to reorganize global personnel from a virtual perspective, instead of being geographically located.

Second, a fearful world. Again, nothing new here, especially considering the global terrorism in the last two decades. The global pandemic brought a new type of fear to our global society. New standards of social distancing, personal space, and international travel will change the way we function. We will need to adapt our short-term practices, large global gatherings, and mobilization efforts.

When it comes to reaching the remaining 7,000 ethnolinguistic people groups who still have little or no access to the gospel and Crossover Global’s goal to plant 4,000 new churches by the year 2024, I am still wrestling to understand the impact of COVID-19. Considering that unreached people groups need people sent as pioneer workers to preach the gospel (Romans 10), one can quickly conclude that it is impossible to do pioneering work while social distancing. But I firmly believe in Jesus’ promise that he will build his church, and nothing, not even COVID-19, will stop it.

Lastly, what encouragement or advice would you give to younger leaders today who are dreaming about starting something big for God?

João: When we consider doing great things for God, we must first ask, “Lord, how can I best be for your glory?” Then we ask, “Lord, what can I do that will give you the most glory?” And then we can dialogue with God about how he may be calling us specifically to do something great for him. We can’t put the cart before the horse, by which I mean that serious problems can arise if we start doing without first considering the being part and having that dialogue with God. If you think God is calling you to dream and then do something big, that’s fantastic. Just don’t do it alone! All the New Testament analogies that describe the church are organic and relational. Put a team together and then start the big thing, together. In Bill’s case, he could have started Crossover Global by himself and then invited me on board, protecting his status as the single founder, but his understanding of how the body of Christ works led him to begin in such a way as to never be able to say the thing was his. God owns Crossover Global, not any single person. Most entrepreneurs take this approach, and with good reason. We go further, and better, when we go together.

Lord God, you are great and glorious, and worthy to be known and worshipped among all peoples. Please continue to raise up new generations of committed, selfless and bold young servants who are willing to go where no one else is going, do what no one else is doing and risk what no one else is risking, for the common good and the glory of their King!