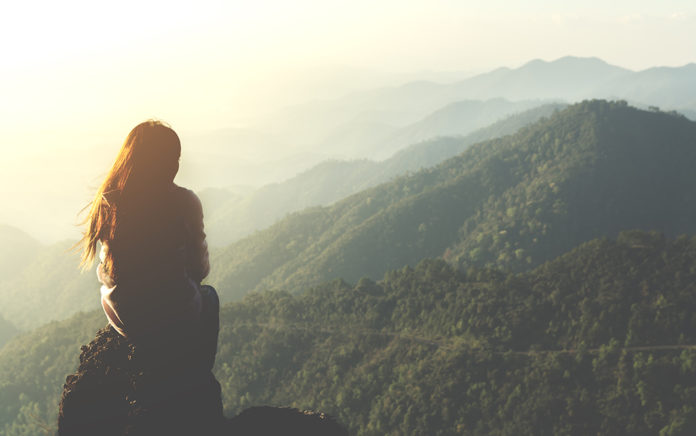 “Ok boomer.” That would be me, and it would have been an accurate retort when I told you who I thought would be attending our new home group. I discovered pretty quickly that I needed a paradigm shift.

In 2016, we were returned expats from Papua New Guinea where our home group was a sweet fellowship of global workers, many of whom were missionaries, and most were Baby Boomers like us. I thought we would get the boomers in this new group, too.

In the U.S., my husband and I were working in the Missionary Care ministry of our church’s Missions Department. Through that connection, our home was soon filled with returned global workers twice a month. It was a diverse crowd, and there were some boomers like us, but word of our home group had resonated with one particular demographic looking for community. They were single, millennial women. Solomon was right. It seemed we had planned our way, but the Lord had determined our steps (Prov. 16:9).

I shouldn’t have been surprised. The history of single women in missions is legendary. Corrie ten Boom, Lottie Moon, Amy Carmichael, Elisabeth Elliott, and A. Wetherell Johnson are just a few of the women who have left a rich legacy of faith all over the world.

Today’s millennial women in missions are following in their footsteps. Like others before them they are courageous, able and independent, with a fiery determination to fulfill their calling. But every generation of missionaries bring their own unique approach to missions and face their own unique challenges.

I spent some time talking with several from our group in order to delve deeper into their field experiences. I wanted to know firsthand about some of the key issues they faced. My desire is to communicate what was revealed to me through our conversations. My hope is to raise awareness and to spur discussion in the church, the mission organization and amongst the missionaries themselves about key issues faced by this emerging demographic of women called to missionary life.

Here are four REAL challenges that came to light through our conversations:

“Now we ask you, brothers, to give recognition to those who labor among you and lead you in the Lord and admonish you, and to regard them very highly in love because of their work. Be at peace among yourselves.” (1 Thessalonians 5:12–13, HCSB)

“Treat me like an adult.” More than a few single women related to me that they were sometimes treated disrespectfully, micro-managed, restricted, reprimanded or talked down to in a condescending manner, as if they were a child. They believe this occurred because of their youth and perceived inexperience, or a lack of trust in their abilities. Millennials want to be mentored, not parented. When the relationship devolves into that of a parent/child or parent/teenager rather than two adults relating to one another as colleagues, it can quench the passion for missions and crush self-confidence. Mutual respect is imperative for teams on the field, regardless of age and season of life.

“Allow me a voice at the table.” Several women I spoke to felt they had been excluded from their team’s decision-making process because they were young, single and female, even when it directly affected their roles and responsibilities. “I felt like I was an afterthought,” said one, “and like my input wasn’t valued. I wanted my input taken seriously.” According to her, life status dictated the weight of your influence in the following order: married men, single men, married women, single women, and then, in many places, single women of color. Granted, trust in leadership is important to team cohesion, but valuing everyone’s opinions equally can go a long way to fostering unity. Millennials often have fresh ideas and insight into culture that are valuable to a team.

From Outreach Magazine  What Can the Trinity Teach Us About Evangelism?

“Match my role with my calling and my gifts.” Some of the women related to me that their role on the field deviated from what they were told to expect and what they were trained to do. There was unanimous agreement about the need for flexibility and being open to the Holy Spirit’s leading, and there was a genuine desire to follow good leadership. Where frustrations arose was in situations where young women were trained and prepared in one area but ended up serving in an area where they were neither trained or prepared. Ill-defined situations like that can be a set up for failure and disillusionment. Highly specialized ministries like Bible translation, orphan care, medical care, teaching, and missionary care, all require specialized training.

“I appreciate an equitable workload.” There is a perception that singles have less responsibility and more time than married members with families. The tendency is to load them up with extra responsibilities. Most of the time they willingly took on extra work if the situation called for it, but they did not want to be taken for granted or to have their primary ministry impinged upon by superfluous duties. Mary Lederleitner in her book Women in God’s Mission articulates it well:

“In each country, ministry and family circumstances can vary significantly. Whether single or married, they (women) are often called on to help ailing parents, siblings, children, or other relatives. Therefore, genuine dialogue with the women in your ministry workplace is the best avenue to ensure you have structures and policies in place that enable talented women to continue leading in ministry.”

“I pray that no missionary will ever be as lonely as I have been.” — Lottie Moon

“Please include me.” All of the women I spoke to expressed their need for community. Loneliness is a factor in missions but it is especially true for singles. This millennial generation of single women thrive on relationships. They need a circle of support to stay healthy and to guard against isolation and depression. One young woman related to me that she was sometimes excluded from invitations from the community at large because of perceptions about her race in her host country—making it all the more important for her to have connection with her team. Another expressed feeling confused about when she was welcome and when she wasn’t—particularly in family gatherings. Others expressed dismay at being regarded as only temporary members of their teams, biding their time until marriage. “Marriage may or may not be in my future,” said one, “but I don’t want my calling to be considered a placeholder until a husband comes along. I want to be an integral part of the team.”

“Single life may be only a stage of a life’s journey, but even a stage is a gift. God may replace it with another gift, but the receiver accepts His gifts with thanksgiving. This gift for this day. The life of faith is lived one day at a time, and it has to be lived—not always looked forward to as though the “real” living were around the next corner. It is today for which we are responsible. God still owns tomorrow.” ― Elisabeth Elliot, Let Me Be a Woman

From Outreach Magazine  Why Kids and Youth Ministries Drift from Jesus

“Let me communicate freely.” Much has been said about the use of technology on the mission field. There is merit to the view that it prevents host culture immersion. But I believe that ship has sailed. Social media and information technology are now part of missionary life.

The women I spoke with felt they needed to be able to take advantage of the positive aspects of the support it provides. Unless they were in a closed country or a sensitive area (or where internet speed made it tough), the ability to communicate freely was a key factor in their well-being. Talking with family and friends, receiving counseling, connecting with their church or organization, sharing updates, keeping apprised of what was going on in the world, even doctor’s visits are all positive elements of our information age.

Information technology and social media also aid transparency and that is a big deal to this demographic of missionaries. They want to be free to express their needs and struggles on the field without fear of risking their position and with an assurance of support. Opportunities for debriefing and counseling were imperative for their health on the field.

To the young single woman called to missions, choose well. Consider carefully the philosophy of missions of your sending church and/or your

organization. Are they a good fit for what you’ve been called to do and where you feel called to go? Can they provide you with good training and preparation for your work such pre-briefing, language school and cross-cultural assimilation? Do they have resources and a network for your ongoing financial support? What about care contacts, counseling, security and medical needs? Would they be able to do a care visit to your location?

To the sending church and organization, send well. Can you provide the resources she will need to remain healthy in the field? Have you trained at a level commensurate with the sacrificial calling she has undertaken? Do you understand her generation and are you willing to accept the changes to modern missions that they are bringing about? Have you given serious thought to issues regarding team conflict, safety, matching skill and calling, and a clear hierarchy of leadership.

Most importantly, if you have found a single adult woman fully qualified to send, make it your goal to be REAL, (1) respect her as an adult, (2) set clear expectations, (3) help her guard against loneliness and finally, (4) keep the lifelines firmly in place while she serves, and when she returns home.

After all, some among this millennial generation of women will leave a legacy of gospel transformation in the world, just like Lottie Moon and Elisabeth Elliot. All of us who serve in missions should support them well.