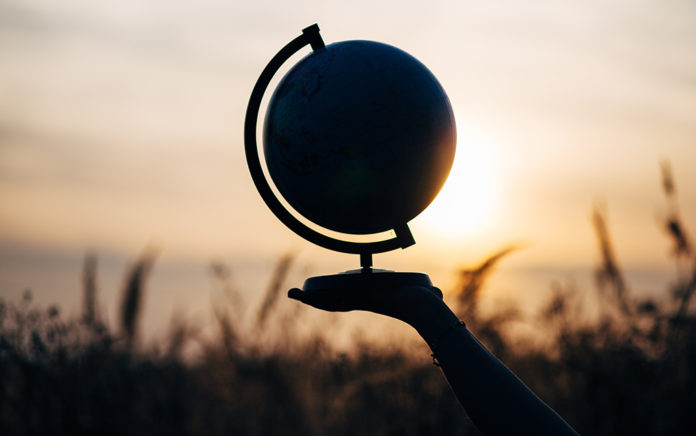 Our mission is rooted in who the Triune God is.

For many the doctrine of the Trinity feels a little intimidating. Honestly, there is something mysterious about the Triune God. After all, we are itty-bitty humans reflecting on an infinite, eternal God. On the other hand, by God’s grace, Christians really do know him in Christ. He has revealed himself to us, and there are some things we can say about him.

In fact, our understanding of God, the Father, Son and Holy Spirit gives proper shape to our view of his mission. God’s mission is to make himself known over all of creation—that knowledge of him might flood the earth like “the waters cover the sea” (Hab. 2:14). He accomplishes this mission through all of his actions in the world from creation to eternity future, and everything in between.

His mission is directly connected with who he is—Father, Son and Holy Spirit. Specifically, since God is Triune, God knows himself fully and has made himself known to us. Now, the church participates in his mission by making him known in the world. To tease this out, we’ll look at God’s being, his acting in accomplishing salvation, and the church’s role in his mission.

THE GOD OF THE MISSION

In addition, God shares his self-knowledge in the same way he shares his being—through the eternal relations of origin. This idea is right at the heart of some familiar Bible verses. Take John 3:16, that God gave his “only begotten Son.” For the Son to be eternally begotten means he receives his being from the Father, in a way that makes him separate from the Father, but still of the same and equal being as the Father (John 1:18, 5:26, 17:22). While the Son is God’s only, begotten, the Holy Spirit eternally proceeds from the Father and the Son (John 14:26). These relations differentiate the three persons of the Trinity, even as they mutually indwell one another.

God’s shared being and self-knowledge are really important to understand his mission. Because God knows himself completely, he can actually make himself known to us.

THE MISSION OF GOD

God’s actions in salvation flow from who he is eternally—Father, Son and Holy Spirit. The Father sent his only begotten Son to become human for us and our salvation, that in knowing him we might be saved (John 17:3). The Father and Son send the Spirit to unite us to the Son.

The Son of God in flesh—the Lord Jesus Christ—lived a perfect life, died in the place of sinners, was raised from the dead and ascended to the Father (Eph. 1:3–14, Col. 1:15–22). Jesus accomplishes the work of salvation and is the means by which God accomplishes his mission—making God known by revealing himself (John 17:26; Heb. 1:1–3) and reconciling wayward humanity (Eph. 2:1–9; Gal. 4:1–6).

The incarnation is extraordinary! In Christ, God has given himself to us. When we behold Jesus, we see the very face of God. Christ, who is God, knows God completely and has made him known to us.

Then, the Father and the Son send the Holy Spirit to live in us. Because the Spirit is God, existing in the Father and the Son, when he indwells us, he is able to unite us to the Son so that we receive the life and love of the Father (Rom. 8:9–17, Gal. 4:6). This is pretty crazy because it means that now, in the Spirit, Christians participate in the mutual indwelling of God. This is why Jesus prays for all Christians that “that they may all be one, just as you, Father, are in me, and I in you, that they also may be in us” (John 17:21).

Through union with Christ in the Holy Spirit, Jesus’ perfect life becomes our life, his death becomes our death, and his resurrection becomes our resurrection (Rom. 6:5–6). Through participating in the loving communion of God, we know God (John 17:3).

From Outreach Magazine  Mission Trips Are for Whom?

To say it another way, by saving us in the Son through the Spirit, God is accomplishing his mission by making himself known.

THE MISSION OF THE CHURCH

Even so, God’s mission is not complete. He continues his work by making himself known in the church, as we grow “in the Spirit of wisdom and revelation in the knowledge of him” (Eph. 1:17), and through the church, as God extends the invitation for others to know him through us, that knowledge of him might multiply across the world (Matt. 28:18-20; John 20:21; Acts 1:8).

Christians today are the recipients of God’s missionary activity, but we’re also the beneficiaries of the missionary activity of the Christians before us. They read the Scriptures and faithfully told us about the love of God in Christ. Now, it’s our turn to participate in God’s mission as his ambassadors. As ambassadors we act as representatives of the God of the mission, and God continues to act missionally through us—making himself known in the power of the Spirit as we proclaim the hope of Christ to the world (2 Cor. 5:16–21).

As we reflect on the Triune God, it should cultivate love and delight in us as we know him, and spur us on to work with fervor as we join him in his mission to make himself known in all the world.