Home Features How the 2011 Earthquake Has Transformed Outreach to Japan 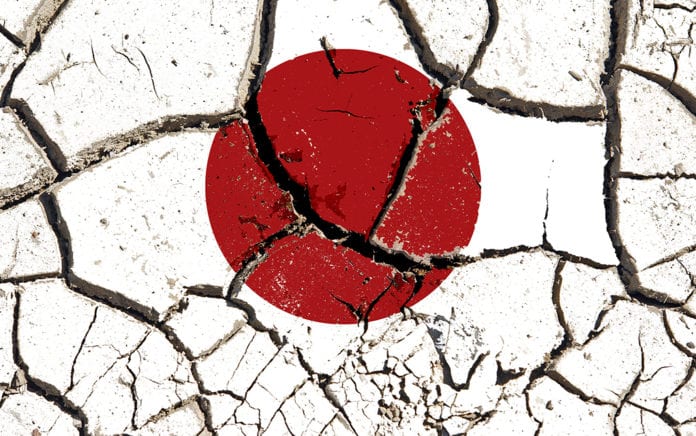 People in Tohoku were drawn to Christianity by the Christians who kept returning to help.

The Great East Japan Earthquake of 20111 prompted Japanese churches to rethink how they engage in evangelism and church development. In the Tohoku area of northern Japan, there are many examples of people who previously had shown no interest in the gospel, but became receptive following their 2011 disaster experience. This openness came about through neither a major evangelistic campaign nor an attractive church program. Rather, people were drawn to Christianity as they saw Christ in the lives of Christian volunteers who, without demanding anything in return, kept coming to the disaster areas to provide aid and support.

Immediately following the 2011 disaster, a great number of local and overseas volunteers came to the tsunami-ravaged Tohoku seacoast. However, a few months later—when evacuation centers began to close, water and food distribution became unnecessary and the work of removing tsunami mud from houses largely came to an end—most volunteers and support organizations stopped coming; but not Christian volunteers.

They worked through local churches and continued to support people affected by the disaster, even after people had moved from evacuation centers into temporary housing. Christians were aware that those suffering were dealing not just with physical needs such as clothing, food and housing—they were also dealing with spiritual needs, as they wrestled with the loss of loved ones and possessions that had been dear to them.

As they asked themselves why such a disaster had fallen upon them, pastors and Christian volunteers found themselves engaged in“presence ministry” as they tirelessly listened to victims repeat their stories of grief, anxiety and regret. Even today, 6 years since the earthquake and tsunami, many pastors, both men and women, continue to visit elderly people in the Tohoku region who are lonely and stuck in temporary housing. Pastors share cups of tea, engage in conversation and offer spiritual support.

Christ in the Lives of Christians

Now that most of the volunteers are gone, people in the disaster areas often voice their concern that the rest of the world might forget about them, even though the work of restoration is a long way from completion. As Christians keep visiting the people affected by the disaster, they have come to be called Kirisuto-san or “Mr./Ms. Christ,” with respect and appreciation. This is reminiscent of what happened in the first century. People first used the term Christian in scorn for Christ followers, but later came to use it with respect and affection. So it is 20 centuries later in northern Japan as people see Christ in the lives of Christians.

Most Christians who engaged in relief work in Tohoku never asked for anything in return, such as requiring victims to listen to a presentation of the gospel. Overwhelmed by Tohoku’s utter devastation and people’s tragic circumstances, Christian workers did not think of engaging in “unworthy proselytizing.”2

Regrettably, at times, small numbers of passionate, rather fanatic Christians would suddenly show up at the doors of people in temporary housing areas. They would distribute one evangelistic tract or another without attempting to obtain any kind of permission from the residents. Some of these Christians presented an evangelistic message and invited any who might want to believe, but never gave any thought to the open scars of the people to whom they were speaking. Local residents rejected these Christians categorically.

Meanwhile, the same locals accepted Christians who simply presented themselves as helpers from the church and kept serving people’s needs. Residents in temporary housing embraced these Christians as friends. Over time, they would ask them to speak about the Bible. When they asked Christians why they would repeatedly come from such a long way away to help them, it was an open invitation to share their testimonies.

In Iwaki city, Fukushima prefecture, Pastor Eiji Sumiyoshi’s church became a distribution center for relief materials that had come from churches far and wide following the 2011 disaster. Although there had been explosions in the nuclear power plant 80 kilometers north of the church3 and many residents had fled the city, Sumiyoshi stayed. He knew of people around the church who were staying, and could not just forsake these people.

Along with other activities, he helped meet needs in the community by serving meals at the evacuation center. His continued presence totally surprised the local residents. Since Sumiyoshi had been assigned to the Iwaki church from Tokyo only four years before the disaster, locals assumed he would be among the first to flee. When they learned Sumiyoshi had chosen to stay for their sake, they responded with gratitude and respect.

Several people voluntarily developed a desire to attend his church and listen to him preach on Sundays. A few became regulars, and in time were baptized. Like any local community in Japan, people in Fukushima prefecture normally perceive newcomers as strangers for at least the first few years. However, Pastor Sumiyoshi has now won the trust of his neighbors. “From the time of my assignment to the Iwaki church until the disaster hit the area, I had never been able to speak as openly with my neighbors as I have since,” comments Sumiyoshi.

Another pastor repeatedly went to help in a fishing village along the seacoast where the tsunami had caused significant devastation. One day, a fisherman came up to the pastor and said, “I carry the dragon god on my shoulders, but on top of my head is Jesus.”

The dragon god is an indigenous deity to whom local fishermen traditionally pray for seafaring safety and a good catch when they go fishing at the risk of their lives. The community of fishermen is so tightly knit that denying the dragon god can result in ostracism. This is probably why the fisherman dared not profess that he would abandon the dragon god, even though he accepted Jesus as his master. He declared his faith as best as he could at the time, by saying he had Jesus on top. This is how the pastor interpreted the fisherman’s statement.

The day would come when the fisherman would no longer need the dragon god on his shoulders. He would then commit himself solely to Jesus. The pastor prayerfully waits to see that happen. A local fisherman, hitherto bound by traditional religious practice and customs, has accepted Jesus in his heart. In the pastor’s mind, this is an unprecedented breakthrough.

In a different case, another pastor has also been ministering aid to a fishing village. A few fishermen have come to believe in Jesus. However, the pastor has no intention of urging them to attend the Sunday worship service at his church, which is located inland. Fishermen do not follow the calendar week. They go fishing when the weather is good. They rest when the water is rough.

The pastor drives to the fishing village on a day when there is bad weather in order to hold a worship service at a fisherman’s house. When the news gets around about the pastor’s arrival, one fisherman after another comes to the gathering. The worship service is not in a conservative Western style. For most of these fishermen, reading books is not part of their lifestyle. The pastor, therefore, shares gospel accounts, using a picture book he has made to tell stories of Jesus.

Before the 2011 disaster, pioneering evangelists had attempted to plant churches in the fishing villages along the seacoast. The Christianity they presented was perceived as Western, a religion completely irrelevant to the local people. To follow Jesus, one had to abandon idols and attend a church worship service every Sunday. Such a conservative approach to evangelism never produced real fruit. Christians in Japan, Protestants and Catholics combined, account for less than one percent of the population. Bound by strong religious traditions, the seacoast area in Tohoku has a particularly small number of Christians and churches in relation to the population.

However, since the 2011 disaster, much has been happening in the most conservative rural communities in Japan. These phenomena are not unlike insider movements that have been emerging in the strongholds of Islam and Hinduism all over the world.4

In Tohoku, the Miyagi Mission Network5 (MMN) was created in order to use the lessons that had been gleaned through relief work for more effective evangelism. Over time, Pastor Yukikazu Otomo, the director of MMN, has come to believe that starting house churches is the key to multiplying churches and Christians. Otomo is convinced of the value of a paradigm shift: to move out of the church building into the local community and to start house churches in the homes of believers rather than follow the traditional model of gathering people in a church building.

The Sixth Japan Congress on Evangelism (JCE6)6 was held in September 2016. One of the 15 projects of JCE6—Churches bearing burdens together—explored how churches could make use of the lessons learned through the experience of the Great East Japan Earthquake. Some pastors who attended the project workshop expressed regret that the church largely had been uninterested in the pain of communities and the people within them. Through their involvement in disaster area support activities, pastors have realized that the scope of pastoral care should not be confined within the boundaries of the church, but extend to people in general society.

The 2011 catastrophe prompted this sort of awareness, and churches throughout Japan—regardless of whether they have had such an experience—should reconsider how to engage in mission. The unprecedented scale of this disaster has opened the eyes of Japanese Christians to a more holistic understanding of the gospel and is stimulating a transformation in foundational church structures.