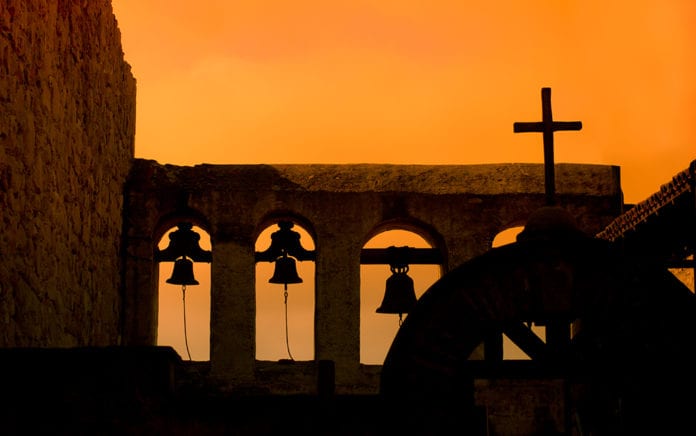 We ignore the failures in the history of the church to our detriment.

Churches have histories. Or to put it more generally, the church is not just an idea, it is an actual social entity linked across geography and time. Hebrews 12 tells us that we are surrounded by a cloud of witnesses: We are linked to the faithful that have come before us.

The other side of that claim is that we are also linked to ventures that have been misguided, misdirected and sometimes harmful.

Last summer I found myself doing something unusual: planning worship in an attic. I was collaborating by e-mail with one of our congregation’s worship leaders. He was near our church in Ottawa. I was in an out-of-the-way building in a small mining town on the other side of the province. I had travelled there to gain a better understanding of how mission agencies connected to our branch of the Christian family tree came to be intimately involved in a colonialist project. More specifically, for a period spanning roughly 1960-1990, Mennonite missionaries ran three schools that were a part of the government’s effort to assimilate Indigenous peoples into Euro-Canadian culture.

While it is always tempting to overlook the negative aspects of the church’s history, I’ve become convinced that we do so to our own detriment. Part of being faithful today must include learning from—and confessing—the mistakes of the church.

The Residential School System was one of the most significant tools the Canadian government used in its effort to assimilate Indigenous peoples. The system was used, with the implied blessing of the nation, for more than 100 years. The basic idea was that if Indigenous kids were taken out of their traditional home contexts and educated in a setting defined by the cultural majority, Indigenous peoples would gradually cease to exist as distinct entities. If that happened, the government’s treaty obligations to Indigenous peoples would be dissolved, new land would be opened for industry, and there would be no one around to ask questions about who owned the land before Europeans arrived.

Indigenous communities had their own methods of education, which proved effective for an untold period of time. However, as these nations came into contact with European settlers, many of them concluded that having access to a European-style education would help their children thrive in an evolving world. They knew quite early on that the residential school model did not provide what was needed. By the middle of the twentieth century, non-Indigenous Canadians began to recognize this as well. These facts made the involvement of my fellow Mennonite Christians all the more puzzling.

In the reading I had done before I travelled west, I learned that in the decades preceding the founding of the schools I was studying, congregations in my church network, on both sides of the US/Canada border, had been fired up by a potent mix of missionary zeal and progressive humanitarian ambition. The documents I read in the attic showed that mission leaders received requests from families and community leaders for a Christian school in the north. Many of these families already identified themselves as Christians. The idea was to have schools that could bridge the difference between traditional communities and the dominant Canadian culture. What made the missionaries take these requests seriously was the availability of financial support through the government’s Residential School System. The need, combined with the availability of dollars, looked like divine provision.

From Outreach Magazine  Andy Stanley: Nothing Less Than Jesus—Part 2

The mission schools were a magnet for young volunteers who were enthusiastic for hands-on “Christian service.” They were spiritually motivated and ready to work. Even without advanced training, these young, white volunteers from the US and southern Canada could speak English, could fix small engines, and could navigate Euro-Canadian society. These were all skills that Indigenous folks in remote communities seemed to need. The volunteers had a spiritual motivation and the government’s blessing. There seemed to be a need they could meet. These factors appear to have sidelined larger questions about the context of the mission schools. It had the air of modern progress and Christian devotion.

However, what the testimony of Indigenous students has shown since is that for the majority, experiencing this form of Christian service was far from positive. Many even refer to themselves as “survivors” of the residential school system. Away from their families, students were incredibly lonely at these schools. The strident efforts of staff to teach English and other skills applicable to the dominant culture was experienced as a denigration of traditional languages and traditional cultures. Add to that the missionary’s insistence on using corporal punishment, and the experience was traumatizing for many.

As I flipped through files and documents, I found it hard to connect the experience of these students with the freedom and love of the gospel.

With the privilege of hindsight, many former staff of these schools acknowledge that they were naïve. Few of them knew much about Indigenous cultures before they went north—and some never cared to learn.

Christian mission usually works the other way around: In order to share the story of Jesus and serve others, missionaries learn a new culture and a new language. They depend on the goodwill of a community and they look for signs that God is already present there. The inversion that happened in Canada was possible because the schools were run by white folks according to their own norms and standards. Their work was backed by the money and force of the federal government.

The missionaries did try to be sensitive in various ways. For example, they invited Indigenous instructors to teach special courses at the schools. They put together advisory boards made up of local leaders.

However, eventually the relationship between the missionaries and the Indigenous communities became so fraught that the schools closed down. The mission leaders were unwilling to give up the use of corporal punishment and unwilling to share governance with First Nations representatives. Many former students and staff remain in contact to this day, and many who survived difficult student years have gone on to become important leaders in their home communities and beyond.

Nevertheless, the schools left behind traumatized survivors as well as former staff who were perplexed and frustrated by the fact that their well-intended work was now a stigma.

It’s difficult to know exactly what lessons to learn from a story like this. The easy thing is to simply disconnect ourselves from institutions with blighted histories and pretend we really are just individuals with no obligations that extend beyond our own persons. However, as I travelled home from my research trip to once again take up my pastoral responsibilities, a few things consolidated in my mind:

1. We Must Respond to Our Failures Throughout History With Confession, Rather Than Defensiveness.

I think it’s important for church networks like mine to own the fact that we have links to colonial projects like the schools I studied. The time is coming, if it isn’t here already, when people will simply not take seriously a faith community that has not grappled with its past. Reckoning with our past is why Christian worship has traditionally involved confession.

2. We Must Exercise Caution in Aligning Ourselves With Other Structures or Sources of Power.

Churches need to be careful about the ways they assume their goals and values align with the powerful, whether the powerful are national governments, corporations, or mega-donors. The chances are good that when we think our faith is completely aligned with any particular partisan agenda or ideology, we are being used. When that happens, we become complicit in the harm that comes to others from those agendas and ideologies.

3. We Must Partner With the Very People We Say We Long to Serve.

Those of us in positions of privilege should be deeply suspicious of our attempts to do things “in the best interests of others,” especially when the others don’t have the power to be partners. To be sure our interests actually align with those we want to serve, we need to hear from our critics. It’s easy for churches and non-profits to populate their boards with people who don’t ask tough questions.

4. We Must Be Open to Learning, Not Just to Teaching.

Christians should pay closer attention to the elements within our own faith that remind us of God’s presence to all peoples. We believe in the dignity of every individual and our theology privileges no language or culture above another. Any Christian community engaged in service or witness should be ready to learn, not just teach. Christian mission is about serving others and sharing the story of Jesus in an open-handed, warm-hearted way. In fact, it’s more authentic when it carried out by those with less power, rather than more.

I doubt that these observations would be news to those who ran these mission outposts in the far north. Judging by the apologies issued by the organizations I studied, they have learned their own lessons. It’s the rest of us that need to ponder these things most. We should go about the work of Christian ministry with humility. We should be aware that our most cherished cultural and moral positions might be upended by the next generation. I suspect that this is part of the challenge of living the faith—living generally—in any particular place and time. This is why our worship needs to retain space for confession. It’s why our churches should remain open to the prophetic voices that will carry us into the future. 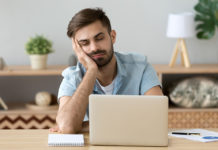