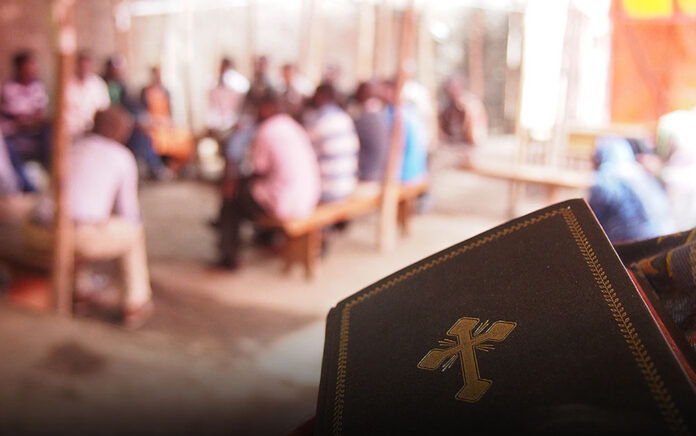 There are several false narratives about the persecuted church floating around. To help, we need to understand the truth.

Myths can be dangerous. False narratives can slip into our minds through the news, casual conversations or even social media. The problem is—if we believe these myths, they have the potential to change the way we think, behave and engage the world.

I’ve fallen for many of the myths you’re about to read relating to the persecuted church. In some ways, this article is more of a confessional. But I believe many of these are widespread, and we need to call them out to embrace the full picture of persecution. Our brothers and sisters in Christ are counting on our prayers and support—and we can’t afford to follow false narratives.

1. It’s only persecution if there’s violence.

The persecution of Christians includes violence—and we’ve been reminded of this lately with the terrible attacks on churches in Egypt during Palm Sunday worship—but Christian persecution also includes the slow and steady ostracizing and oppression of Christian citizens. We call this the ‘squeeze’. Many regions enforce long-term efforts to push Christians to the margins of society by cutting them off from community life, access to clinics and even jobs—treating them as lower-class citizens. This is also persecution; it’s prevalent and pervasive in places like Bhutan, Vietnam, India and many other regions in the world. The media highlights violence, but the steady non-violent persecution of Christians is large-scale and unthinkable. It’s just not in the news.

2. Christians are persecuted most in the Middle East.

The Middle East is a very difficult region for Christians to live out their faith in public. This is true. In places like Iran, Qatar and Eritrea, being a Christian is dangerous and risky, and it could cost you your life. However, if we’re talking about large-scale persecution, we have to think through the implications of countries like India, North Korea, Nigeria and even China. We don’t see these locations in the news as often, but persecution here—by sheer numbers—is overwhelming and far outnumbers the Middle East. Not that we need to compare regions, but it’s wise to be aware of how vast the issue really is. The Middle East is a dangerous place for Christians, but it’s not the only place.

This is an important myth to dispel. We should pray for relief and human rights, but many Christians in these difficult regions are asking for us to pray for perseverance. They want to remain in their homeland to be a witness for the gospel. Sometimes they need to leave the region, but many believers ask us for prayers for strength, vital resources and critical training to remain bold in the midst of persecution for the glory of Jesus Christ.

4. If ISIS were wiped out, persecution in places like Iraq and Syria would disappear.

Indeed, ISIS is a violent offender of Christianity. Their terror efforts are wicked and all over the news. However, as widespread as ISIS is in the Middle East, when they are ousted, persecution in the region will not disappear. In a recent conversation with one of our Middle East field agents, I asked if Christians would breathe easy upon the complete removal of ISIS. His response: “No. As long as Muslims believe the Koran, Christians in the Middle East will face persecution. It’s about theology.” We want ISIS out, but that doesn’t end the battle for human rights in the Middle East—specifically for Christians. It’s just not that simple.

From Outreach Magazine  3 Steps to Clarify Your Church Planting Vision

5. Persecution has been worse.

False. We are living in a time when persecution is at an all-time high. Over 200 million Christians face persecution on a regular basis. Every month, 322 Christians are killed for their faith; 214 Churches are destroyed, and 722 acts of violence are committed against Christians. We’ve gone through tough periods in the past, no doubt, but, globally, it’s never been more intense than it is in this very moment of history.

Let’s be honest; this is an elitist view. It’s too easy to look down on cultures that are less developed and misunderstand their lack of development for lack of spiritual growth or obedience. It’s simply not true. More technology, development or economic advancement doesn’t equal stronger spirituality. And to add, God uses persecution as part of His sovereign plan to spread the gospel and strengthen believers. Persecution was prevalent in the early church and the apostles, especially with Paul. We will not always understand God’s ways. Throughout history, God has used persecution to purify and spread His church.

It does hurt the church in the sense of pain, suffering and loss, but God has a way of leveraging all of these things to spread the gospel—just like he did in Acts—to strengthen the church. It’s hard to wrap our minds around it, at least it is for me, but God uses persecution for the advancement of his kingdom. That doesn’t mean we should embrace it or pray for it, but when it happens, God always uses it for his purposes and sovereign will.

8. Global persecution of Christians doesn’t affect the church in the U.S.

False. I’m guilty of this one—and it’s dangerous to think this way. We are one Body. When one part suffers, we all suffer. That’s why it’s so important to stay in the know about what’s happening globally in the church. When a bomb goes off in Egypt, a bomb goes off in the church everywhere. When a believer in India is kicked out of their village for their faith, we’re all kicked out of our village for our faith. When a believer is imprisoned in North Korea, we’re all imprisoned. Knowing this. Feeling this. Believing this … is so critical. That’s why we listen, learn, pray, fast, grieve and worship together. We are one body.

There are many cultural complexities, this is true. From Somalia to Syria, cultural differences are deeply embedded, and they contribute to persecution—whether it’s governmental, nationalistic or faith-related. However, persecution goes much deeper. At the very root of it all—there’s a spiritual issue and battle. What we’re fighting against is not physical. As Paul states in Ephesians, “Our struggle is not against flesh and blood, but against the rulers, against the authorities, against the powers of this dark world and against the spiritual forces of evil in the heavenly realms.” This element of persecution shouldn’t be overlooked.

This is, perhaps, one of the most dangerous myths out there. It’s easy to blow off Christian persecution as something distant, unchangeable and too complex to change. However, there are so many things we can do—every day—to enter the battle and lift up our brothers and sisters who are suffering around the world for their faith. Prayer is our greatest weapon. It goes beyond strongholds, and into places we could never venture. And if you believe the book of Acts, prayer can break chains, release prisoners, bring aid and relief to suffering saints like no other resource. We can also volunteer to be an advocate and create awareness, write letters, sign petitions and lead prayer groups. (Sign-up to get involved here. ») And, of course, we can also give—to provide urgent relief and aid, Bibles, Christian literature, safe houses, counseling—and even resources to rebuild homes and churches.

I encourage you to take action. Ask God for his leading. And take one small step today to lift up persecuted believers all over the world.