Home Features What You Need to Know to Reach Buddhists 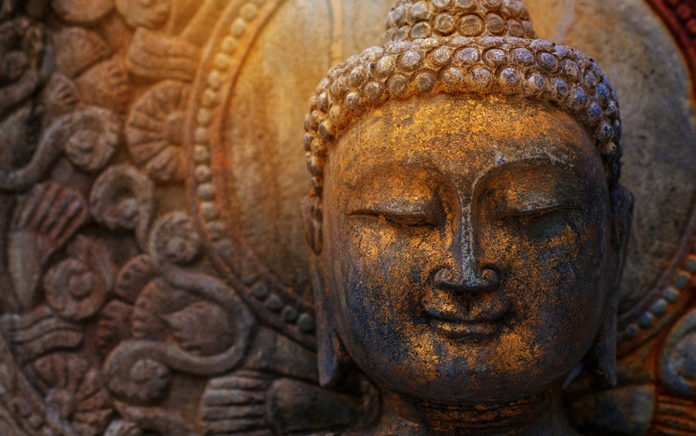 Nine things to know about Buddhism

On May 7th, Buddhists around the world celebrated Buddha’s birthday, known as Vesak Day (or Wesak), which is usually observed during the first full moon in May. On the holiday, Buddhists all over the world commemorate events of significance to Buddhists of all traditions: the birth, enlightenment and death of Gautama Buddha.

Here are nine things you should know about this Eastern-oriented global religion:

1. Buddhism (like Hinduism) is often treated as a single religion when it is more accurate to describe it as a family of religions, or spiritual traditions that share common beliefs and characteristics. The religion originated in India about 2,500 years ago based on the teachings of a man called Siddhartha Gautama, who later became known as the Buddha, which means “the awakened one” or “the enlightened one.” Buddhism spread across Asia and became the dominant religious faith in such countries as Cambodia, Japan, Laos, Mongolia, Myanmar, Sri Lanka, Thailand, and Tibet. Prior to the rise of Islam, it was one of the most widely practiced religions in Central Asia, Afghanistan, Malaysia, and Indonesia.

2. Siddhartha Gautama was born into a wealthy family in present-day Nepal. Although he is often described as having been a prince, it is more likely that his status was that of a regional leader, similar to a tribe’s chief. During his late 20s he had a personal crisis driven by the reality of human suffering. He initially became a wandering ascetic but gave it didn’t help him achieve his objective. He purportedly attained Nirvana (perfect enlightenment) while sitting under a fig tree. Thereafter, he became known as the Buddha and dedicated his life to spreading his teachings. Scholars agrees that the Buddha died at some point between 410 and 370 B.C.

4. In Buddhist teaching, the fourth truth (the stopping of dukkha) contains the Eightfold Path leading out of samsara (i.e., the cycle of repeated birth, mundane existence and dying again) to nirvana (release from rebirths in saṃsara and cessation of dukkha). It consists of:

From Outreach Magazine  Church Design in the Age of Social Distancing

• 1. Right View — an accurate understanding of the nature of things, specifically the Four Noble Truths
• 2. Right Resolve — avoiding thoughts of attachment, hatred and harmful intent
• 3. Right Speech — correct speech, refraining from verbal misdeeds such as lying, divisive speech, harsh speech and senseless speech
• 4. Right Action — refraining from physical misdeeds such as killing, stealing and sexual misconduct
• 5. Right Livelihood — avoiding trades that directly or indirectly harm others, such as selling slaves, weapons, animals for slaughter, intoxicants or poisons
• 6. Right Effort — abandoning negative states of mind that have already arisen, preventing negative states that have yet to arise and sustaining positive states that have already arisen
• 7. Right Mindfulness — awareness of body, feelings, thought and phenomena (the constituents of the existing world)
• 8. Right Meditation — single-mindedness; focusing attention in order to enter meditational states.

These eight aspects of the path are often divided into three groups or skandhas: three to five relate to morality; six to eight to meditation; and one to two to insight. As Thorp points out, this eightfold path is “not linear, passing from one stage to the next, but cumulative so that ideally all eight factors are practiced simultaneously.”

5. Buddhism does not require faith or belief and does not include the concept of a god. As a non-theistic faith, the existence of god is considered irrelevant, neither affirmed nor denied. Buddhists also have no concept of sin, but instead consider the cause of cause of human suffering to be “ignorance.” A fundamental doctrine of Buddhism is karma, which is a law of moral causation. Any kind of intentional, volitional action—thought, word, or deed—is regarded as karma. It is karma that leads to saṃsara and necessitates the need for nirvana.

6. The four major Buddhist branches are Mahayana, Theravada, Vajrayana and Zen Buddhism. Mahayana is an umbrella term given to a group of Buddhist schools that have doctrinal diversity, but a moral unity centered on compassion and insight or wisdom. Theravada (which means “the doctrine of the elders”) emphasizes attaining self-liberation through one’s own efforts, such as through meditation. Vajrayana (which means “the Vehicle of the Thunderbolt”) believes that that nirvana and samsara are not different, and teach that anything—including desire—can profitably be used as a means to liberation, which can be achieved within a single lifetime. Zen Buddhism teaches that everyone has the potential to become enlightened and that the way to achieve such a goal is through meditation.

7. The most recognized religious figure in Buddhism is the Dalai Lama, the foremost spiritual leader of the Gelug (“Yellow Hat”) school of Tibetan Buddhism (a form of Mahayana and Vajrayana Buddhism). The Dalai Lamas are believed to be reincarnated manifestations of Avalokiteshvara or Chenrezig, the Bodhisattva of Compassion and the patron saint of Tibet. (Bodhisattvas are “realized beings inspired by a wish to attain Buddhahood for the benefit of all sentient beings, who have vowed to be reborn in the world to help humanity.”) The current Dalai Lama, Tenzin Gyatso, was born in 1935 and considered by many Buddhists to be the reincarnation of the previous 13th Dalai Lama, Thubten Gyatso.

From Outreach Magazine  What Love Shaped by the Gospel Looks Like

9. The spiritual context of Buddhism makes is especially challenging to share the gospel with Buddhists. Many Christian apologists recommend finding a shared context and common assumptions. For example, as Alex Kocman says, “The Four Noble Truths can give Christians four useful conversational diving boards to communicate the Bible’s views of life, death, and salvation.” Justin Caudill also highlights the importance of testimonies and genuine relationship. “Our testimonies work when other methods fail with Buddhists, and we believe this is true for several reasons,” Caudill says. “Testimonies are effective because they are stories, and story is the true heart language of Buddhists.” Sam Chan adds that Buddhist long for two things: power and control in their lives, and peace and shalom. “Jesus is the only one who can give us power over say, evil spirits, the power to be healed,” Chan says. “And Jesus gives us peace. He doesn’t take away suffering, but he lets us know there is a wisdom, there’s a plan, a purpose, a direction to this universe. And because of that, we can enjoy a peace, our shalom that no one else can enjoy.”