Home Features What Our Evangelism Is Missing 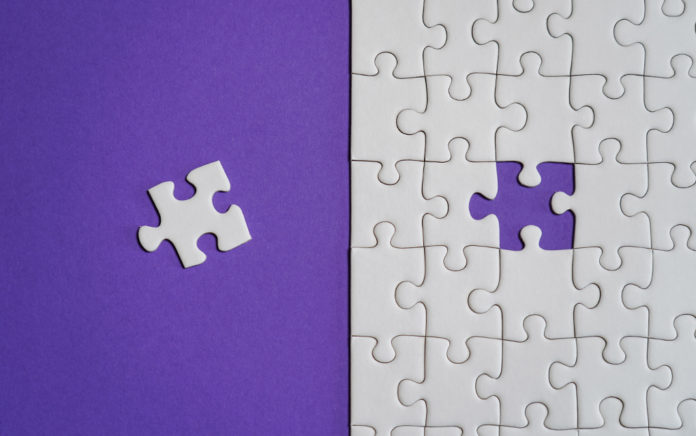 What gospel did Jesus preach?

I remember shortly after I arrived in Asia 20 years ago, someone thought it would be a good idea for me to go through a course called Evangelism Explosion. So I did the training. Memorized the patter. And went out on the streets to buttonhole people with a brief presentation of “The Gospel™.”

For an introvert like me, it was not a fun experience. But listen, even if you’re a raving extrovert who loves accosting people who are just trying to catch the bus home, you might want to consider whether the message presented in these types of evangelistic presentations is truly helpful.

Looking back now I realize just how little this formulaic approach has to do with the ways of Jesus. And it’s not surprising that most of the people I spoke with were either pissed off, bemused or unresponsive.

When you read the gospels it quickly becomes obvious that Jesus was not going around sharing an easy formula for salvation. The Four Spiritual Laws are not found anywhere in the teachings of Jesus, and yet he is described as “preaching the gospel” over and over again.

So what did Jesus preach when he was “preaching the gospel”? After all, he had not yet died on the cross, so seriously, what message was he preaching?

The mysteries of the gospel are deep and rich and not easily summarized in an article. But nevertheless, here are a few key things we regularly seem to miss about Jesus’ ways of life and preaching.

Jesus was a master of addressing the felt needs of those he encountered. That’s why he engaged people in their pain and asked what they wanted first—even though he is literally God and knows all of your online passwords. He was modeling the way for us to engage with people as humans with needs and desires, instead of targets for our canned presentations.

Did you know that Jesus asked more than 300 questions of the people he met in the Gospels? In contrast, those people only asked him 183 questions (and he answered only three). Interesting, eh?

Maybe we need to listen a lot more and talk a lot less?

I spent seven years living in Vancouver’s notorious Downtown Eastside. It’s been described by the U.N. as, “a two-mile stretch of decaying rooming houses, seedy strip bars and shady pawn shops.” It was also home to 5,000 crack cocaine, meth and heroin addicts, hundreds of women trapped in prostitution, and thousands of homeless people.

Before we even thought about sharing the good news, we decided to spend a period of time living homeless on the streets, to gain more insight into their true situation and needs. You can read more about that in my book Subversive Jesus.

Spoiler—living on the streets really sucks.

Unlike Cambodia, where there are no soup kitchens, Vancouver’s Downtown Eastside is overrun with places offering free food. If you’re hungry, you can get a stale muffin or a bowl of steaming soup every half hour from 6 a.m. until 9 p.m.

Yet as we lined up for our free meals, herded in and out of these anonymous soup kitchens, we realized that the men and women we were eating with were hungry for more than just a hot meal. Having been rejected by their families and pushed to the margins of society, they were desperately isolated and lonely. It was little wonder that so many turned to drugs to dull the pain.

We began to see that if the bad news of the inner city was rejection, isolation and loneliness, the good news might look something like radical hospitality. We realized that Jesus would welcome these folks inside—not just into a drop-in center or shelter, but into a family.

The good news in this context looked like the open arms of Jesus—a radical welcome into the family of God, in a society that had turned its back.

So, that’s what we set about doing. And in the years to come, many of our friends from the streets came to know the love of a welcoming family and the love of God in their lives. Now that’s good news!

2. Good News for the Poor

Funnily enough though, not many in that church engaged with the rest of Jesus’ mission statement in Luke 4: “I have come to bring good news to the poor” (Luke 4:18).

“To the poor …”—those three powerful words remained untouched Sunday after Sunday.

Or if they were addressed, we quickly pivoted to “the poor in spirit.” And in doing so, we ended up ignoring the needs of the oppressed, exploited and downtrodden. Truth is, we didn’t really know many people like that, and so God’s heart for the poor just didn’t seem that relevant in my childhood church. But that’s actually a big problem.

Jesus explicitly says that the gospel will be good news for the economically poor (the Greek word used in Luke 4:18—ptochos—means economically destitute).

Imagine a father with two children. One is healthy. The other is disabled. Of course, the father loves both children equally and would lay down his life for either one. But that father’s special love and concern for his suffering child captures something beautiful about the heart of God and his concern for the poor.

Growing up, I was taught that God loves everyone. No one needed to single out the poor, for God loves everyone, rich and poor. And this is true. But some of God’s children suffer greater pain, poverty and oppression than others on this earth. Through no fault of their own, by the simple “fate” of birth, some were born into broken families, dysfunctional communities or war-torn nations. They struggle with abuse, addiction, mental illness, lack of opportunity and just plain awful living conditions. And sadly, our society typically expresses the least concern for these children of God.

This is why Jesus says he has come to bring good news for the poor—he is reflecting the Father’s special concern for those whom most of us do not have any particular concern.

From Outreach Magazine  The Top 10 Sources of Discouragement for Pastors

Theologians call it God’s “preferential option for the poor”—a special care and concern, even bias, that God has for the people at the bottom of society’s heap, those who need more attention from God and from us.

Frankly, a gospel message that isn’t explicitly good news for the poor is no gospel of Jesus.

3. The Good News of the Kingdom

If the “gospel” were merely a ticket to heaven after we die, then it wouldn’t really matter if the folks listening were rich or poor, fat or thin, blue or pink—or anything else. But that’s not the gospel Jesus preached.

In the first chapter of Mark, Jesus begins his ministry by going into Galilee and “proclaiming the Good News of God.” “‘The time has come,’” Jesus says. “‘The Kingdom of God has come near. Repent and believe the Good News!’”

For Jesus, the good news was news of his upside-down kingdom, and its King. It would be a kingdom that comes on earth as it does in heaven (Matt. 6:10). In other words, the kingdom of God—the good news—has implications for right here and now, as well as eternity.

Jesus’ kingdom was presented as a stark alternative to the “empire” we see all around us.

Where empire comes on a white military horse wielding weapons of shock and awe, the upside-down kingdom comes on a donkey’s back and says love your enemy, even if he crucifies you.

Where empire consolidates power and says my way or the highway, the upside-down kingdom kneels with a towel and washes feet, saying I come to serve.

Where empire honors the influential and celebrates the celebrity, the upside-down kingdom welcomes little children and gives food to the hungry.

Where empire is about power and status and tax breaks for the rich, the upside-down kingdom is comprised of a handful of unemployed fishermen, rejected bureaucrats, a prostitute and some failed revolutionaries.

Where empire is a rat race to the top, the upside-down kingdom says the last should be first, losers are winners, and the most important among us will do the dishes.

Can you see how this kingdom might sound like amazingly good news to the poor? And maybe just a little bit uncomfortable to the rich and powerful?

In this kingdom, our King lays down his life even for those who hate and reject him. It’s a place of radical enemy love, in the midst of a world of violence.

And that’s the kind of good news this world is crying out for.

It’s a subversive gospel that flows from the heart of Jesus for the poor. It’s bad news for those who want to maintain the status quo and good news for the downtrodden. It certainly doesn’t fit on a post-it note or into a simple formula.

It’s the amazing story of Jesus and his upside-down kingdom party.

And yes … we’re all invited.