Home Features Joining Others on Their Journey 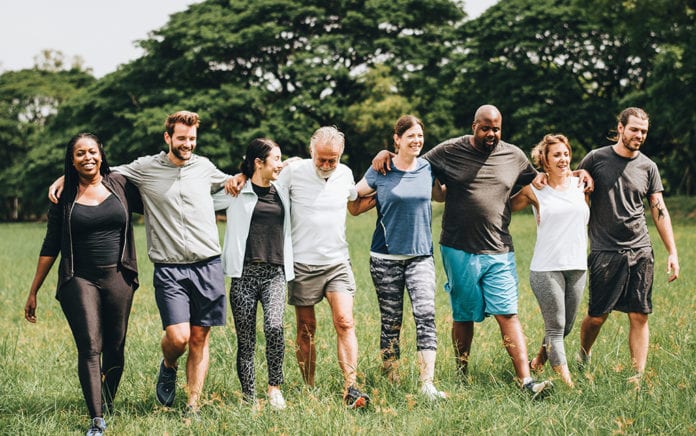 Radical hospitality is showing up where people already are with a posture of openness and blessing toward them.

Our challenge today in many parts of North America and Europe is not militant atheism but indifferent agnosticism.

The average person may not say, “I hate God, and I have ten reasons why!” But you might hear that person say, “I don’t know if there’s a god, but why is it such a big deal? Who cares? Can’t we just love one another? Can’t we just get along?”

In an age when belief is contested, when religion is a private matter with little bearing on real life, the church needs to recover the art of radical hospitality.

What exactly does that mean?

JOIN PEOPLE ON THE JOURNEY

Luke tells two stories at the end of each of his volumes, one at end of his gospel, the other at the end of Acts. In the first story, Jesus finds disappointed and disillusioned disciples on the road to Emmaus, and he “joined them on their journey” (Luke 24:15). He didn’t say “Come to me” or “Come follow me.” That was all well and fine the first time. But not now when faith had been shattered and when hopes had been badly broken. When we are too weak, too broken to come to Jesus, he comes to us. He joins us on the journey.

Radical hospitality is more than making our sacred spaces ready for others; it is a kind of hospitality that we exhibit by showing up in someone else’s space with a posture of openness. How many times do church leaders show up at gatherings that we have not convened? How often do we as Christians want people to come with us to church, while we exit the places where the rest of the community is? We want people to come to us, but are we willing to go to them? Like Jesus coming alongside the disillusioned disciples, we need to walk gently into the spaces where the unchurched and post-Christians have gone.

The second of Luke’s ending stories shows Paul as a prisoner on a Roman slave ship. When a storm arose, a centurion on the ship took charge. Paul tried to speak to him, but the centurion paid more attention to the captain and to the ship’s owner than to a follower of a strange Messiah. This is an apt picture of the church in our age: We’re trying to talk and gain the attention of a sinking world, but our voice is ignored while another—perhaps the voice of power and profits—is preferred. Christians are no longer anywhere near the cultural center.

Nevertheless, Luke’s stories describe Jesus and Paul in nonreligious places, meeting people where they are in the journey, whether they are disillusioned or even ideologically hostile. This is what radical hospitality looks like: entering the places of pain in our communities, listening and learning.

From Outreach Magazine  Margaret Feinberg: Lessons From the Lausanne Gathering

After asking and listening, Jesus began to explain to them from the law and the prophets how it had been prophesied that the Messiah would have to suffer and then be raised up (v. 27). They had been reading the Scriptures wrong. He showed them how the Scriptures spoke of him.

As for Paul, he kept speaking, but not in an accusing way. He offered little rebuke and a lot of hope. In fact, Paul’s word to them when the heavens had been closed off and they had lost all hope was for them to “take heart” (v. 22, 25).

Radical hospitality is more than listening to someone else’s story; it is telling the more beautiful story of all—the Jesus Story. Like Paul standing up in the middle of a storm to speak to terrified soldiers and sailors and prisoners, we need to go into the heart of the tempest as a way of saying that even there Christ is present. Sometimes it means retelling the story of Scripture in a more beautiful and Christ-centered way, the way Jesus did; sometimes, like Paul, we simply stand up and testify to grace.

GIVE THANKS FOR GRACE

When they reached Emmaus, Jesus decided to act as if he were continuing on the road, just to see if they were hungry enough to know more.

“Stay with us,” they said. “It’s nearly evening, and the day is almost over” (v. 29). It was hospitality to a stranger that became the game changer.

Jesus accepted their offer. Then Jesus, the guest, started acting like the host. When they sat at the table, Jesus took the bread and began giving thanks. This may not mean much to us, but in Jewish culture, the host always says the blessing. Yet here was this strange stranger talking as if the Scriptures were all about him and acting as if the table and the meal were his to bless. Jesus “took the bread and blessed and broke it and gave it to them” (v. 30). And then the very next thing Luke tells us is that “their eyes were opened and they recognized him” (v. 31).

Paul, having awakened hope in the middle of a shipwreck, began to bear witness to the grace of God. The climactic moment of this story is when Paul, like Jesus, “took bread, gave thanks to God in front of them all, then broke it and began to eat” (Acts 27:35). Only twice in both his gospel account and in the book of Acts combined does Luke use the Greek word eucharisteo—Passover in Luke 22 and here in Acts 27. In a hostile environment and in the midst of turbulence, Paul acted eucharistically. The bread on that ship was not what we might call “the Eucharist”—the Lord’s Supper. But his taking of bread, giving thanks for it as a way of blessing it, and then breaking it and giving it to the sailors, soldiers and prisoners on board was eucharistic. It was a way of bearing witness to the grace of God in the middle of a terrible time. It was a way of saying that even here and even now, when you can no longer see heaven, there is a God who is the giver of every good gift. Like the Eucharist, this meal on a shipwreck was a meal of thanksgiving and a meal of hope. And it was an act of radical hospitality.

In both of these final stories of Luke’s volumes, there is bread that is blessed, broken and given. They are stories that show us how a sacramental imagination can form us to be a people of radical hospitality.

When we find the disillusioned disciples walking away with downcast eyes, when we find skeptical unbelievers trying to survive a shipwreck, our calling is to meet them where they are. Like Jesus acting as host of a meal that was not his, like Paul on a ship that was not under his command, we can find a way to reach out to those in the world and stand in the midst of their questions and pain, their disappointments and fear, and tell a more beautiful story. We can bear witness to the grace of God at work all around them, in the unlikeliest places and the lowest moments.

Jesus was a guest who acted like a host; Paul was a prisoner who acted like a priest. So it can be for us. Wherever we find ourselves, we can take bread, bless it, break it and give it. Actually, in Jesus’s hands, we ourselves can become blessed, broken and given for the life of the world. This is what radical hospitality looks like.