Home Features Evangelism Why We Need to Walk With Skeptics 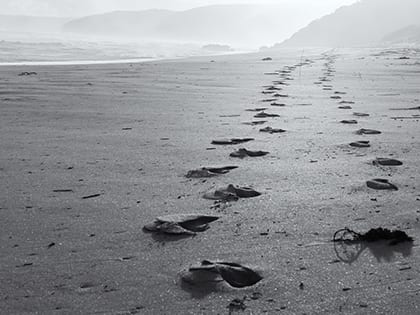 About 30 miles north of Jerusalem, in a Samaritan town then known as Flavia Neapolis, a boy was born. The year was 100 A.D., and his parents named him Justin. His was a pagan family of Greek and Roman descent, and he was raised in keeping with the philosophy and values of those cultures. Writing years later, Justin remembered his early education as a stream of logic and rhetoric from his tutors—the fruits of classical education.

But the soil around the young philosopher was the soil of Palestine, where prophets grow so easily. Bare philosophy quickly failed to satisfy Justin, who began to long for something more than the rational deliberations of the philosophers, longing to search for whatever it was that rooted philosophy itself.

A day came when his mind felt overwhelmed by it all. Needing space to think, he went for a favorite walk in a field near the shore. He noticed, annoyed, that an old man was following him. In one of the great passive-aggressive moments of Christian history, Justin turned, stood still and just stared at the man (“rather keenly,” he remembered later) until the stranger walked up and said hello. On hearing that Justin was out to ponder philosophy, the old man dove in to a kindly debate with enthusiasm.

By the end of the conversation, this Christian stranger had introduced not only a doubt of Justin’s belief, but a doubt of Justin’s happiness, and deftly ended the conversation exactly at the moment it was getting good—hinting at the impossibility of experiencing the Creator unless the Creator opens the “gates of light” and lets you truly know it first. And hinting further, the old man indicated that in years past, there had been some people, “prophets,” who had been allowed precisely that experience of God in the very land where they were walking.

“A flame was kindled in my soul,” Justin later wrote about their conversation. That flame would not go out. The idea of the God of the prophets haunted him and turned into genuine love for Jesus—whose doctrine appealed to both the head and the heart.

In this way, what began as an awkward social moment led to the conversion of one of the first and greatest apologists of the Christian faith. Justin went on to publish extensively, advocating for Christianity in the face of his culture’s dismissal and disapproval and of the lies misrepresenting the Christian community both for the Empire’s authoritarian politics and for the mockery of urbane Romans. Justin’s passion and incisive mind led to a career that even addressed two emperors and eventually led to his conviction (for “subversion”) and martyrdom.

What started as a walk on the beach and an argument with a persistent stranger led to a martyr’s defense of his Christian faith before the most powerful men in the world. And the story of Justin, the strong and winsome apologist to a hostile culture, makes me wonder what kind of apologists we need today.

How to Win Skeptics and Influence Christians

Beginning with Justin and a few other Patristic-era thinkers, Christianity has a robust history of apologetics. Answering theological, moral, philosophical, ethical and social questions has been a vital part of our faith. Some of the most beloved Christian voices of the 20th century found their best expressions while advocating for Christianity to skeptics or outsiders, including C.S. Lewis (a former atheist himself) and Francis Schaeffer. But few things are more off-putting than Christian apologetics done poorly—when the richness and nuance of our faith devolves into straw-man arguments, cheap tracts and bait-and-switch questions that play out better in rehearsal than they do with a “live one” on the line.

Pastors find themselves in particular need of a way forward. In our rapidly post-Christian culture, how does one defend Christian faith without becoming combative? How does one honestly, seriously entertain the objections of skeptics without introducing confusion or doubt into a congregation? How does one respond to social questions or dilemmas when there seem to be few gracious options for dialogue or disagreement?

Perhaps the way forward is to listen to the Christian voices that, like Justin, have dedicated themselves to arguing against what they once believed. Mark Clark, pastor of Village Church, a multisite church in British Columbia, is a modern-day member of that long tradition.

Born into a staunch atheist family in Toronto, it was not until he was 19 that Clark found his way to faith. It was a process of questions and struggle every step of the way, even encompassing a process of healing from Tourette syndrome and obsessive-compulsive disorder. But it ended in the searching skeptic finding wholehearted—and wholeminded—renewal.

It’s a renewal that he cannot keep to himself. Today, Village Church is growing explosively in the Vancouver metro area—in the heart of the most secular part of post-Christian Canada and with a planned site soon to come in far-off Montreal. Clark credits much of the congregation’s traction to simply addressing the questions people are really asking with a preacher’s heart and an honest skeptic’s mind.

Clark’s debut book, The Problem of God: Answering a Skeptic’s Challenges to Christianity (Zondervan), is an apologetic for people held back from faith by foundational questions—the classic objections of science, morality, authority and theology. I called Clark on a gray autumn day, curious to hear more about how pastors can grow into a healthy, practical apologetic that remains fresh and relevant for today. 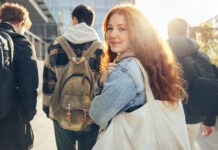 Sharing the Gospel Helps Teens Grow in Their Faith 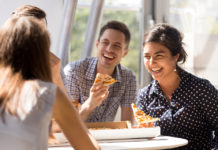 Can We Make Evangelism Enjoyable?