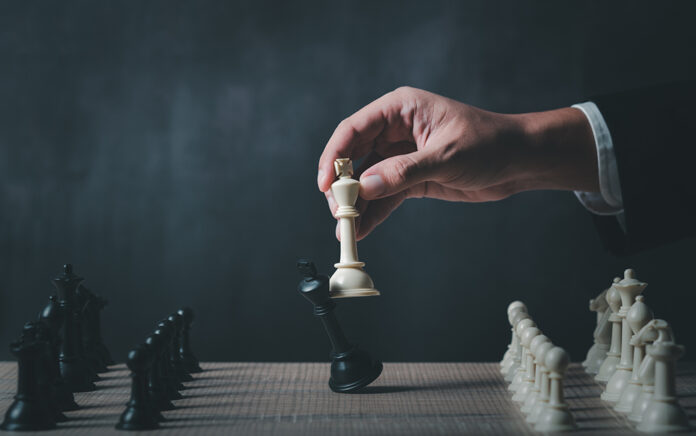 Don’t worry about having enemies. Instead, concern yourself with having the right ones and for the right reasons.

If you are a true follower of Christ, you will have enemies. A lot of enemies.

This isn’t a popular idea.

Many Christians seem more intent on fitting into culture, or at least getting its affirmation, than opposing it. And the entire idea of being an enemy, or having one, seems out of sync with the Christ life.

Jesus made it very clear that he did not come to bring peace but a sword. Little wonder his own life did not end with a coronation but rather a crucifixion.

The apostle Paul talked about open spiritual warfare in his letter to Ephesians.

The Bible speaks plainly about the “god” of this fallen world, and it is Satan himself.

So why is there such a great temptation for Christians today to opt for a popular stance instead of a prophetic one?

For many, there is such a bitter taste in their mouth from the caustic and abrasive era of the “Moral Majority” and religious “right.” So much so that they have overcompensated by not wanting to be seen as condemning anything.

For others, it is spiritual insecurity. Somehow, they are not “legitimate” until they land on a talk show or are covered by a national news outlet.

It is as if our model is Bono—be a rock star while espousing Christian faith. Not to denigrate Bono, but the better model would be Dietrich Bonhoeffer. He was someone who clearly saw the lines of good and evil and worked tirelessly to overthrow evil (in his case, Hitler and the Third Reich). Rather than gaining popularity, his efforts ended in execution in a concentration camp.

Suffice it to say, we are behind enemy lines. When behind enemy lines, there are … well, enemies. The goal is not to be enemy-free, as though Christianity at its purest is so winsome and compelling that no one who “gets it” will ever reject it.

No, the gospel is scandalous and offensive. Many will openly reject it, not to mention its moral mandates. We are not to embody culture, as John Stott wisely wrote, but rather the Christian is called to counter culture. The kingdom of God that we advance is not the kingdom currently in place.

So don’t worry about having enemies.

Instead, concern yourself with having the right ones and for the right reasons.

Don’t have enemies because you are intentionally offensive in spirit and interrelational dynamics.

Don’t have enemies because you are caustic and abrasive.

Don’t have enemies because you are unfeeling and unloving.

Do have enemies because you stand for truth.

Do have enemies because you will not waver in the face of majority opinion when it clashes with biblical authority.

Do have enemies when you will not personally compromise your convictions.

After all, Jesus did.

And did you really think following him would avoid any kind of cross?