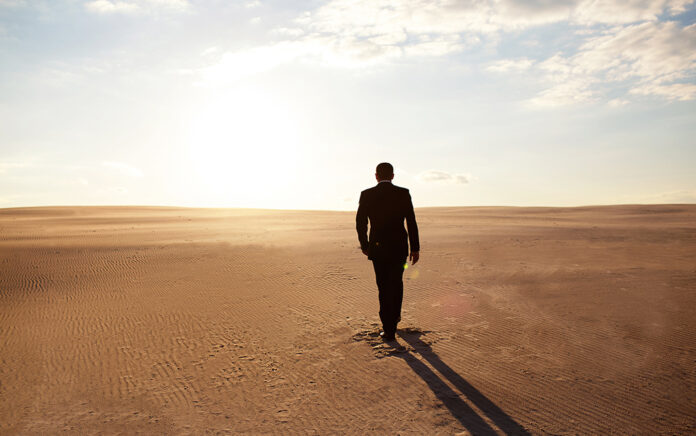 Are we going to the source of living water, or trying to do it all in our own strength?

I’m hesitant to write this article because I know I probably exhibit some of these characteristics. Nevertheless, here are some of the primary issues I see in this group of leaders:

1. They lead in their own power rather than God’s power.  They may use the language of “God’s power,” but honesty would require them to say that they’re living in their own strength.

2. They manage rather than lead. They’re not casting vision. They cannot talk with specificity about what they believe the church should be 3–5 years from now. Most of their work relates only to managing what’s already happening.

3. They pray reactively, not proactively. In fact, most of them are not prayer warriors. Their tendency is to plan first and then ask God to bless their plans. Seldom do they genuinely seek God first and then follow his lead.

4. They lead an organization, but not their family. They might even appear to be great leaders of their church, but they’re losing their family in the process. Externally, they get good publicity. In their home, everything is in shambles.

5. They firefight rather than ignite fires. Much of their ministry is responding to fires, often because they believe that putting out little fires saves the church from facing bigger fires. They’re always watching for the fires of conflict, and they give no attention to igniting fires of worship and evangelism among their church members.

6. They lead out of charisma rather than crucifixion. On the stage, they excel. Any thought of “dying to self,” though, is more a matter of saying the right words than living the life. Leaders who love being on the platform seldom think about being on the altar.

7. They speak the gospel on Sunday, but “foolish talking and crude joking” (Eph. 5:4) the rest of the week. For some reason, they give themselves permission to talk privately in ways they would never talk from the pulpit.

8. They tell others to evangelize, but expect the lost to come to them. Others must reach out to their friends and neighbors; these leaders, though, evangelize only from the pulpit and within their office. Any initiative belongs only to the nonbeliever seeking help.

9. They’re aware of everyone else’s sin, but not so aware of their own. Apparently, their discernment stops with their own lives, and they genuinely miss what others see so obviously in them. Hence, they can be both arrogant and unaware—a dangerous combination.

Pastors, do you find yourself in any of these descriptions? If so, spend some time with the Lord.