Home Features Why Every Life Matters 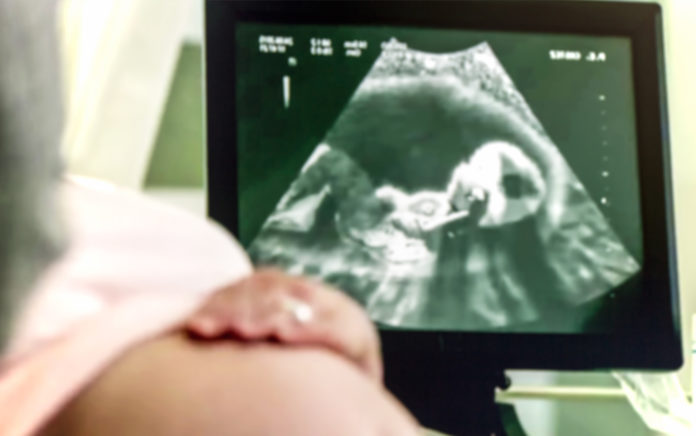 The foundation for championing the sanctity of life

You might have missed it over the Christmas break, but in late December images were circulating on the internet featuring crowds of women sporting green handkerchiefs and celebrating in the streets of Argentina. The reason? After nearly two decades of unsuccessful efforts, the nation’s government passed a law decriminalizing abortion, allowing pregnancies to be terminated up to 14 weeks gestation.

As I saw those images, I was reminded of a similar scene that took place in the New York State Senate chamber almost two years ago. In that instance, state lawmakers had just passed a bill legalizing abortion at any stage of pregnancy, at which point the legislators and onlookers erupted into applause and adulation. Footage of that event featuring elected officials and abortion proponents cheering the bill’s passage quickly went viral and drew significant attention to the state’s radical abortion laws.

And as I recall both scenes, I still find them chilling.

MADE IN HIS LIKENESS

For Christians, it is difficult to contend with the advancement of abortion. As believers we recognize that God is the author of life (Ps. 139:13–18). And because this is true, we know every life matters and every person has value. Moreover, we know the reason every life is so precious and that each person bears an intrinsic and inalienable dignity is because every human is made in the image of God. This is what Christian theology refers to as the doctrine of the imago Dei. And it literally means every person “bears” the divine image because humanity, both male and female, was created in the likeness of God.

We see this in the very beginning, as God is performing the work of creation detailed in Genesis 1. There, we are told God set the man and woman he had made apart from everything else in creation, by fashioning them in his image (Gen. 1:26–27). This is unbelievably significant. And among the most important implications of the fact that humans are made in God’s image is that there is nothing else in all of creation more like God than mankind.

This captures something of our uniqueness. Humans alone were created to “image” or represent God in the world. As image bearers we reflect God’s nature back into the creation He has made. And in setting forth the Noahic covenant in Genesis 9, God tells us the life of every image bearer is so valuable that He requires a “reckoning” when a person’s life is intentionally taken: “Whoever sheds human blood, by humans his blood will be shed, for God made humans in his image” (Gen. 9:6).

From Outreach Magazine  Struggling Back to Life

For this reason, Christians simply cannot abide abortion. As we see in Genesis 9, the intentional destruction of human life is antithetical to the doctrine of the imago Dei. And we know this applies to abortion because a person does not become an image bearer by being born. A person is an image bearer because he or she was created by God, and this takes place long before that person’s first breath.

Christians stand for the sanctity of human life because of the imago Dei. If every person is an image bearer, then every life matters. Or to rehearse this truth once more, if every person is an image bearer, every human has an intrinsic and inestimable dignity and worth simply because they were made in the likeness of the Creator. Abortion is a horrific affront to human dignity. There is nothing more heinous than the purposeful destruction of innocent human lives. And this is especially true when it comes to the most vulnerable among us—an infant human in a mother’s wombs.

This is why Christians contending for human dignity will always passionately oppose abortion. And it is why those images from New York and Argentina were so disturbing. The fact that people celebrate and cheer for the expansion of abortion rights reveals just how far the deception of the enemy has spread. What kind of spiritual blindness is required to applaud the destruction of innocent human life? What kind of moral reasoning can justify ending the life of another person in the interest of self-protection? These are lies sewn by the devil. And they are lies Christians must combat with truth.

From Outreach Magazine  Declutter Your Soul to Make Room for Grace

In the fight for life, Christians must be the people reminding the world of a truth it would much rather ignore. And among the most effective ways we can do this is by affirming the dignity of all of life at every stage. Our words about the dignity of human life inside the womb mean more when we honor the dignity of life outside of the womb. One example where the pro-life movement already does an incredible job of honoring the imago Dei is seen in the holistic approach taken at crisis pregnancy centers. These local facilities are amazing, life-giving places that not only emphasize the dignity of the life in the womb, but honor and affirm the dignity of expecting mothers and fathers.

Because of the imago Dei, every life matters; all of life matters. And Christians must be the people who not only tell but demonstrate this truth to the world. We must stand against abortion. We must stand up for human dignity. And in our words and deeds, to the born and to the preborn, the born again must fight for life.