Home Features How Do You Fight Your Battles? 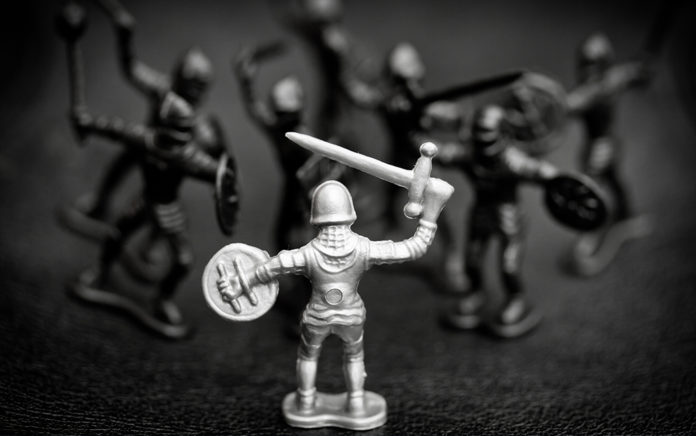 Insights from the life of David.

Throughout my life I have realized that I do not always trust God to fight for me. I hate to admit that, but I don’t. There are times when I felt like I lost the battle and I tried depending on the Lord, but it felt like he didn’t show up. I tried trusting in the Lord and not leaning on my own understanding, but nothing. It made me feel like I was a child without a father to protect me.

Each time a battle shows up on my doorstep, my first inclination is to protect myself because I don’t trust that God will show up. Sad but true. I am prone to want to take matters into my own hands. I want to jump on social media and clear my name. I want to take control of the situation so I can be sure it will be handled the way I want it to be handled. One thing I have realized is that God is a better fighter than I am.

In 1 Samuel 17 we see a battle taking place and David gives us three ways to not only fight but how to win. Let’s take a look.

In 1 Samuel 17 David steps into the ring with Goliath. You can almost hear the announcer saying, “Ladies and gentlemen, in this corner from Gath, we have the nine-foot giant, Goliath, and in this corner, coming in at five feet from the wilderness, David.” The crowd roars and cheers expecting to see a blood bath take place. The Israelites are not even in the crowd. They never came out of the locker room. They slightly peel back the curtains to see what’s about to take place. And they watch as David wins the battle by doing three things.

Before the blows take place, it’s almost as if David chuckles and yells these phrases, “He’s uncircumcised, he’s uncircumcised” (v. 26, 36 paraphrased). Circumcision was a sign of the covenant with God. A covenant with God meant you belonged to God and you were protected by God. It meant you are a child, and when you are a child you can guarantee that you have the Father’s protection.

David noticed Goliath was not circumcised which meant there was not a covering. Where there is a covering, there is protection. So, it’s like David yelled, “He has no covering.”

2. David Remembers That if God Did It Once, Then God Can Do It Again.

David entered this battle being told why he couldn’t win—“You are only a youth.” Yet he stayed focused on not only remembering his covering but remembering what God had already done. He knew, if God did it once, then God can do it again.

When we look at our battles, we can be overcome with worst-case scenarios and can become paralyzed with hypotheticals. We must pause long enough to remember the times God has come through and fought for us, and if he did it once for us, then he can do it again.

3. David Remembers the Battle Is the Lord’s.

From Outreach Magazine  Leadership Lessons From 40 Years of Ministry

Occasionally, the writers of the Hebrew Bible intensify this title with the name Jehovah Elohim Tsaba—Yahweh the God of Hosts (Armies). This is the relational-creator-ruler name to indicate the personal God is also the creator God who is over all rulers, armies, stars [false gods], and regional gods. Do you know what this means?

It means that David’s big giant battle is not big enough to stand against God. He also knew that it was God who would give him the victory. So rest easy, you have Jehovah Tsaba on your side. Relational problems? Work problems? Introduce those problems to Jehovah Tsaba and let him do the rest. David remembered that the battle was the Lord’s.

When life gets overwhelming, we are tempted to face our battles alone. These can be our personal struggles, whether sin or fears, relationship issues or our own personal inadequacies. When we do that, we miss the fact that God, Jehovah Tsaba, promises to fight for us.