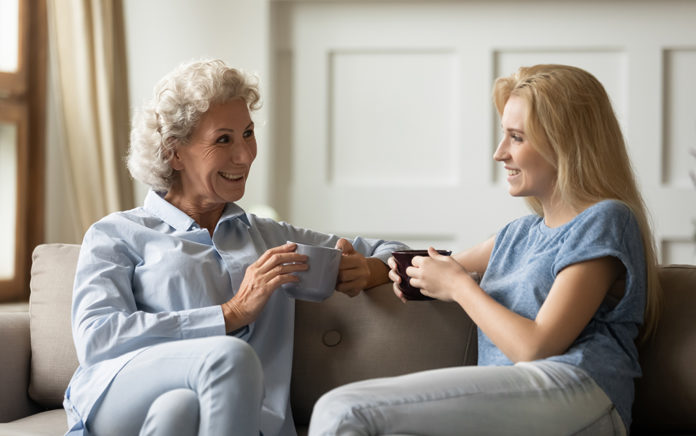 In the 1984 movie, The Karate Kid, Pat Morita starred as Miyagi. He develops a relationship with a young man named Daniel (the Karate Kid), played by Ralph Macchio. The movie centers around Miyagi’s efforts to mentor, or disciple, Daniel. As they begin this new relationship, Miyagi says to Daniel, “Let’s make a sacred pact. […]

In the 1984 movie, The Karate Kid, Pat Morita starred as Miyagi. He develops a relationship with a young man named Daniel (the Karate Kid), played by Ralph Macchio. The movie centers around Miyagi’s efforts to mentor, or disciple, Daniel. As they begin this new relationship, Miyagi says to Daniel, “Let’s make a sacred pact. I teach karate. That’s my part. You promise to learn. I say; you do. No questions. That’s your part. Deal?”

After this, Miyagi assigns Daniel the task of waxing his car—circular motions, wax on, wax off. This task seemed totally unrelated to Daniel. In fact, he complains about it, but by the end of the movie we get to see that Miyagi used all the seemingly unrelated tasks to turn Daniel into a karate champion.

Jesus said, in Mark 1:17, “Follow me … and I will make you fish for people.” The next thing it says in verse 18 is, “Immediately they left their nets and followed him.” This exact same pattern is duplicated in verse 20 because, like Miyagi and Daniel, the disciple is supposed to do everything the leader says, without question or hesitation. Such is discipleship in real life.

Why is that? The Greek term for “disciple” in the New Testament is mathetes, which means more than just “student or learner.” A disciple is a “follower,” someone who adheres completely to the teachings of another, making them his rule of life and conduct. So, in real life, everything we see in Jesus we are to live out in our lives.

Why is love the litmus test of discipleship in real life?

From Outreach Magazine  Should Your Church Produce Local TV Programming?

“Dear friends, let us love one another, because love is from God, and everyone who loves has been born of God and knows God. The one who does not love does not know God, because God is love.” —1 John 4:7–8

2. The Word of God Hangs on the Issue of Love.

“He said to him, ‘Love the Lord your God with all your heart, with all your soul, and with all your mind. This is the greatest and most important command. The second is like it: Love your neighbor as yourself. All the Law and the Prophets depend on these two commands.’” —Matthew 22:37–38

“Then Jesus said to the Jews who had believed him, ‘If you continue in my word, you really are my disciples.’” —John 8:31

Many people think they are good disciples, because they know a lot of answers and follow their own set of rules. I say “their own set” because they are usually a favorite subset of the biblical teachings—go to worship, read our Bible, give a tithe, pray and care about people like us—all great Christian things, but they are not what Jesus declared as the ultimate sign of a real disciple.

THE ULTIMATE EXPRESSION OF A DISCIPLE

Love is how we live out everything we know about God. Love not only for God, but also for our neighbors. Real discipleship has upward dimensions with God, but it also has outward implications with people in the world around us.

Jesus told this to an Old Testament legal expert in Luke 10. But the Old Testament legal expert: “wanting to justify himself, he asked Jesus, ‘And who is my neighbor?’” To this question Jesus told a parable of a Samaritan who helped a man who had been beaten and left on the Jericho road half dead. These two men in this parable could not have been more different, but love crossed the lines of race, culture, political party, socio-economic status, tradition, and territory. The message of the parable is that real unhindered love is the ultimate expression of the real-life disciple.

From Outreach Magazine  How to Defuse a Tense Conversation

Still not convinced? How about this?

“If I have the gift of prophecy and understand all mysteries and all knowledge, and if I have all faith so that I can move mountains but do not have love, I am nothing.” —1 Corinthians 13:2

Discipleship in real life is not easy or convenient. It has real costs attached. Remember it cost Jesus his life.

“Calling the crowd along with his disciples, he said to them, ‘If anyone wants to follow after me, let him deny himself, take up his cross, and follow me.’” —Mark 8:34