Home Features Why Overcoming Envy Is About Where You Turn 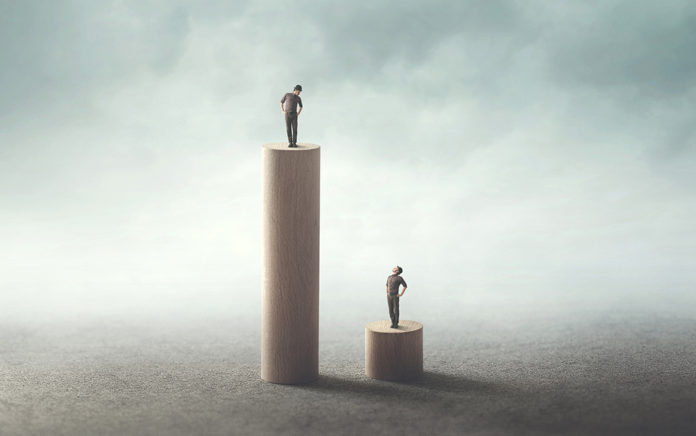 How do you respond when you feel dissatisfied?

Last year, I noticed a growing discontentment with my life. I chalked it up to circumstances: several of my good friends had moved away, my role within our church was rapidly shifting, and, as a result, I felt somewhat adrift. But as month after month went by, my discontentment only grew. I was becoming increasingly bitter, though I couldn’t have said why.

I only knew it felt as if I were wandering in the wilderness. Like the Israelites before me, I recalled with great longing what I once had: If only I were back in my Egypt. If only I could jump ahead to the land of milk and honey. If only I could be anywhere but right here.

The wilderness is characterized by waiting: waiting for what’s been promised, waiting for a word from God, waiting for the pillars of cloud and fire to move. But in this waiting God began to use my emotions—bitterness, resentment, confusion—to reveal the root of my discontentment.

GRAVES OF CRAVING: THE ISRAELITES’ RESPONSE

As Numbers 11 opens, the Israelite camp is overcome with discontented people. They’ve been caravanning in the wilderness for two long years, and they’re dwelling on their “misfortunes” (Num. 11:1). In their frustration, they complain to one another: “Oh that we had meat to eat! Our strength is dried up, and there is nothing at all but this manna to look at” (Num. 11:4, 6). Their words drip with ingratitude, forgetfulness and entitlement. They have a legitimate desire—there’s nothing inherently wrong with their specific craving for meat. What’s wrong is where they have turned with their desires. The Israelites turn against Moses and toward one another, echoing and fueling one another’s complaints. They don’t even consider turning to God, who has led them out of Egypt and provided for them every step of the way.

Angered by their complaints, the Lord disciplines them, eventually naming their location Kibroth-hattaavah, which means “graves of craving” (Num. 11:34). In their right desire, they’ve turned from God straight into a grave.

Regarding my own envy, I saw how my heart and actions mirrored that of the Israelites. My longing was right and good—friendship and community are good gifts from God, after all. But in my longing, I’d come to believe God was withholding from me. I had decided what my life should be like, and rather than trusting him to meet my needs, I’d panicked and tried to make things happen for myself. I’d looked to my own wisdom in order to rectify the situation. Full of self-righteousness, I blamed and resented others. When my circumstances had shifted beneath me, I’d clung to relationships as my savior. When those seemed to shift as well, my fear morphed into a demanding, entitled craving. I flung that craving before people—waiting for them to give, and found only disappointment when they didn’t give enough.

Moses models a different way of responding to our needs and desires. He experiences everything the Israelites do in the wilderness: the uncertainty, the waiting and the longing for home. Surely his stomach also growls for something more than manna. But when Moses has a need, he doesn’t complain or seek answers from others; he turns to the Lord.

When the contagion of complaints echoes through the camp, Moses is discouraged—and he immediately tells it to the Lord: “I am not able to carry all this people alone; the burden is too heavy for me” (Num. 11:14). He asks for relief, and even seems to be complaining to the Lord. Scripture sees no problem with this, however, because he has turned to the Lord rather than away, bringing a legitimate need. He remembers what the Israelites have forgotten: God is the faithful provider.

In confessing my envy to God, a light shone into the dark and cavernous parts of my heart, clearing away decay and replacing it with forgiveness and hope. As my outlook on relationships shifted, I understood how God’s gracious hand had been guiding me through the wilderness all along. He’d known everything in my heart, but he was revealing it to me slowly so I wouldn’t be crushed. How patient and careful he is. How good.

I considered how life-giving it is when my heart is properly aligned. Joy is facing the right direction after so much confusion. I’d tried to turn toward myself and others to right what felt wrong in me. This allegiance had taken me away from my rightful King and caused me to act in destructive ways. Trusting in God often means waiting on him to act and reveal rather than turning to our own religious fixes. This is what it means to crucify the flesh. In the waiting and the stillness of God, temptation lies to us about his goodness and provision. Know this: The Christian life is one of misery and despair if we don’t believe we have a God who provides, not just for our rescue from eternal separation from him, but for our everyday lives when we sit beneath clouds of confusion, insecurity or temptation.

When we, too, are trapped in the wilderness, it matters where we turn. We can turn toward each other or turn inward with our bitterness, only to find ourselves in graves of craving. Or we can turn toward the One who is ready to listen and provide.

He is near. He is life. And, as with Moses, he is poised to answer even before we’re finished pouring out our hearts to him.⁣ ⁣Turn to him.⁣ Tell him.⁣ And trust him.