Home Features Why No Bible Translation Is ‘The Best’ 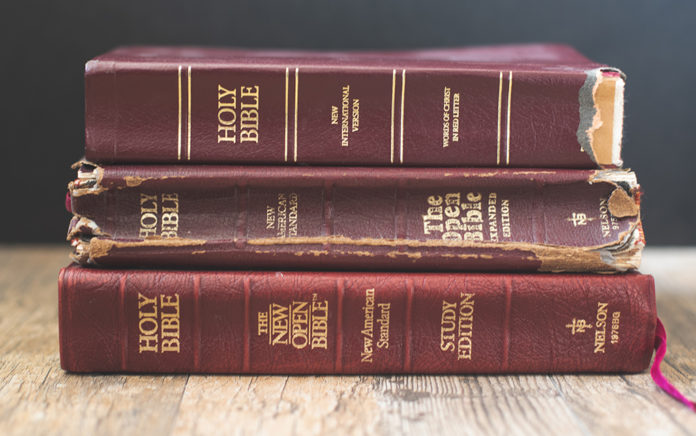 What we misunderstand about the nature of translations.

What’s your favorite translation of the Bible?

My guess is that you are able to answer that question fairly easily, and you may have numerous, specific reasons for it.

There is no shortage of debate and discussion about the best Bible translation. Just this past month I encountered women (in a Christian Bible study space!) battering each other over their opinions about particular Bible translations. Like many social media “discussions” it escalated quickly as opinions were thrown back and forth, positioned as facts.

As I observed the conversation it was clear that each woman involved in the debate believed she was the only one in the right. Both expressed that she refused to “back down” and allow God’s Word to be watered down and tampered with.

Now, I’m all for holding to truth and guarding God’s Word, but it seems to me the line between God’s Word and the translations of man has become blurred.

“By inspiration of Scripture we mean that supernatural influence of the Holy Spirit on the Scripture writers that rendered their writings an accurate record of the revelation [of God] or that resulted in what they wrote actually being the Word of God.”

Long ago, over a span of thousands of years, God spoke to mankind through the biblical authors: Moses, Paul, John, etc. Much time and traveling has occurred since the original and inspired penning of what we hold to today as God’s Word.

We don’t have any of the original documents written by these authors. The Bible we hold in our hands today is a canonized collection of our best reconstruction of the original writings. This reconstruction has then been interpreted from Hebrew, Greek and Aramaic into various languages. Every English translation is the result of the work of mankind to make the inspired Word of God more accessible to English-speaking people. The original Word of God is inspired. The translations are not.

Do I believe God guides and gifts members of a translation team? Absolutely. Are they doing God’s work? Indeed. But their translation efforts are not a direct inspiration from God. It is enabled and directed and blessed by the Spirit of God, but not inspired.

Along the same lines, these many translations are not perfect. That’s one reason why we have so many—because there is more work that can be done to more accurately represent the original inerrant Word of God. Additionally, with every year that passes, there are more archaeological finds that bring new manuscripts and new historical pieces which help us understand the context better, which ultimately furthers translation efforts toward more and more accuracy.

THE FACT THAT WE HAVE ANY ENGLISH TRANSLATION IS A GIFT.

There are still many souls who are without a single verse in their language. The only copy of the Bible they have seen or heard of is in a different language than the one they speak. Let that sink in. What if the only Bible you had access to was one in French, or Portuguese, or Russian, or even the original languages of Greek, Hebrew and Aramaic—would you be able to read it?

What a gift to be an English speaker and to hold an English translation in our hands!

THE FACT THAT WE HAVE MANY ENGLISH TRANSLATIONS IS A SIGN OF INCREDIBLE PRIVILEGE.

Choosing a good translation is an important task, but I fear we get so wrapped up in choosing the best one that we miss the reality of our incredible state of blessedness. Not only do we have a choice of which English translation to pick from, most of us probably have several Bibles on our shelves (not to mention at our fingertips through Bible apps.) While we fight over which translation we should be reading, there are souls without access to even one Bible to enjoy.

From Outreach Magazine  7 Signs Your Church Is Healthy

So the next time we encounter the debate about the best Bible translation, let’s keep these things in mind. May it remind us to praise the God who has spoken to us and has preserved his Word in such a way that it is available to us today.