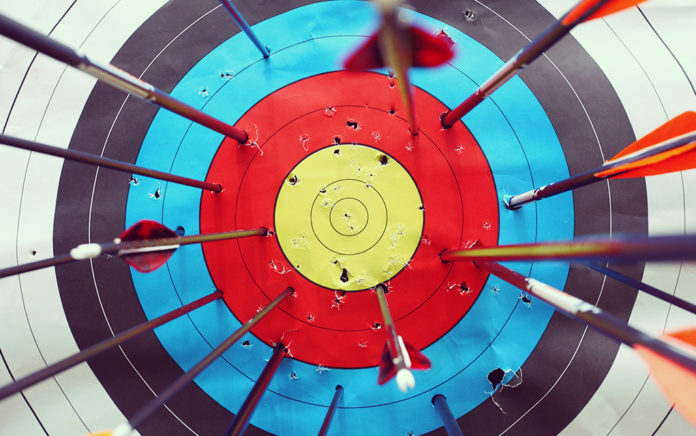 What hinders churches are not failed goals, but the failure to set goals and launch them with boldness and courage.

In 1998, two graduate students at Stanford picked a number. It was the number Googol, which is a one followed by 100 zeroes. That was how much information they dreamed of cataloguing for their internet search engine. To keep that dream in front of them, they named their company “Google.”

And the rest, as they say, is history.

But what comes to mind when you think of having set a goal that you were not able to reach? Probably failure. We make a goal to achieve something, and if it’s not achieved, then it seems like a complete loss.

Say you set a goal to lose 20 pounds before a summer beach trip. You try to diet consistently, exercise more than you had before and by the time of the trip you’ve lost … 10 pounds. Failure? No—you didn’t reach your goal, but you lost 10 pounds! If you hadn’t set the goal of 20, you would have never achieved that weight loss.

This is also true for churches. Let’s say you try to raise money through a capital campaign to build a much-needed expansion. The goal is $2,000,000. You pray hard, cast the vision, people give generously and you bring in $1,200,000. You didn’t reach the goal, but you are $1.2 million closer to that needed expansion than if you had never tried.

When we set the goal, we had 3,000 or so active attenders and ministry in five countries outside of the United States. Nine years later, we have more than 10,000 active attenders with ministry partnerships in 15 countries, including Argentina, Guatemala, Jamaica, the Dominican Republic, Haiti, India, Slovakia, Peru and the Philippines. Are we currently short of our goal? Yes. But if we hadn’t set it, I doubt we would have more than tripled in size, much less been as aggressive as we have been in seeking to expand our global ministry partnerships. All to say, I neither regret the 2020 Vision nor am I awkward about it. I am grateful to God for the catalyst it provided and, if so prompted, would set another round of goals for the coming decade without hesitation.

Because it’s not about the goal we didn’t hit—it’s ultimately about what we achieved because we tried. As in going from 3,000 to more than 10,000 in terms of attenders, and from ministry in five countries to ministry in 15.

What hinders churches are not failed goals, but the failure to set goals and launch them with boldness and courage. Too often we let the fear of failure determine the steps we take and, perhaps more importantly, the steps we do not take.

From Outreach Magazine  Beauty and Pain in Ministry

This is why it is so deadly to set a goal, fall short and call it a failure. That almost ensures an even greater fear of failure in the future, with even fewer goals set, as you have made achieving the goal all that matters. No. Anything that extends the cause of Christ beyond what would have been is a kingdom win. It’s not simply that to try and fail is better than never trying at all; it’s that to try and fail is almost always going to leave you in a better position than having never tried at all.

So take this old saying to heart as you think through whatever goal God may place on your heart:

“Shoot for the moon. Even if you miss,

… you’ll land among the stars.”