Home Features Your Failure Does Not Have the Last Word 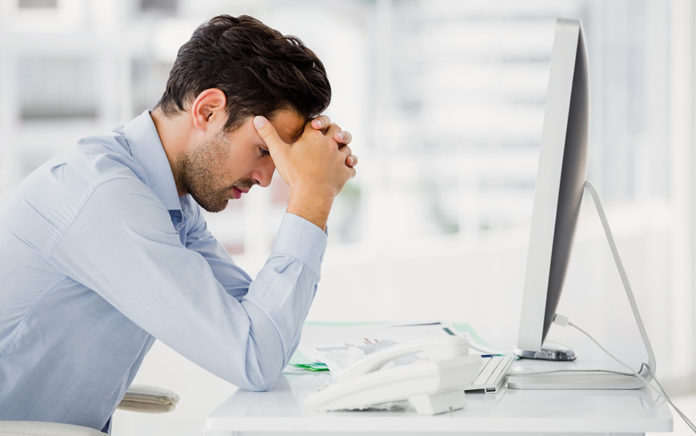 The Enemy accuses you, but God desires to restore you.

Have you ever failed so miserably you felt like God was done with you and there was no way you could ever be restored? I’m not talking about cheating on a test or telling a lie. I mean failing so badly you felt like you were better off dead than alive? The kind of failure that brings deep shame and regret—an affair, a great scandal in your business, and the list can go on—the kind of failure that makes you regret the day you were born. A bit strong I know. But it’s not unrealistic.

Before we move further let me tell you loud and clear, your failure is not final.

Yes, you will feel the consequences of it. Yes, the Enemy will whisper lies in your ear; he will remind you of your mistake, and he wants you to think you are too far gone. But great news: The enemy is not the author and perfecter of your faith. The pen is not in his hands. God truly can take your mess and turn it into a message if you allow him to.

So what do you do if you are feeling defeated? All of the friends you had have now scattered and the path to restoration seems impossible? You must remember two things.

THE ENEMY WANTS TO DESTROY YOU

Remember what happened to Judas in Matthew 27? After he betrayed Jesus he felt so much guilt and remorse that he went and hanged himself. Why do you think this happened? I’ll tell you why. The same Enemy that entered his heart (Luke 22) and enticed him is the Enemy that shamed him to his death. It was the bait of temptation that turned into condemnation.

From Outreach Magazine  Why Moral Failure Is Not a Megachurch Problem

That’s what the Enemy does—he tempts us then shames us. Can you imagine what it was like to be Judas? He walked so closely with Jesus. He saw miracles firsthand. He saw Jesus’ kindness, power, grace and mercy. He knew Jesus was the Messiah and all it took was one unguarded moment that allowed the Enemy to come in and the rest was history.

Sound familiar? Sounds like you and I doesn’t it? We walk so closely with Jesus. We see him do mighty things around us, for us and to us, but even then we find a way to make poor decisions. Despite his goodness we find a way to fail.

GOD WANTS TO RESTORE YOU

Your failure is not what makes things final; it’s how you respond to your failure. You can choose to believe it’s over. You can even get mad at God for allowing it to happen and not protecting you. Your shame and guilt is what will keep you from his grace and comfort.

But I want to encourage you. God desires to restore you. I will write that again. God desires your restoration.

Let’s think about this for a minute. In Luke 15 we see the story of the prodigal son—a son who had everything he needed when he was in the presence of his father. However, he had the desire to chase his own wants.

The son shames the father by asking for his inheritance early. It was pretty much like telling the father, “I wish you were dead.” The son then takes the inheritance and squanders it by living recklessly and sleeping with prostitutes. He hits rock bottom. He is at the lowest of lows.

Can you imagine the shame the son felt? How embarrassed he must have been? But just when you think his story is over, he makes the best decision he had made in a long time. He decides to return home and be with his father.

The father’s reaction is astonishing. The truth is, in that culture the son could have been stoned and put to death on his return because of the way he shamed his father. But that doesn’t happen. In fact, the opposite happens. This Prodigal Son probably never would have imagined that his father would have responded in this manner.

The father sees him from a distance and runs to him and embraces him— probably to protect him from the stoning, but nonetheless he runs to him, which tells us he’s been longing for his son to return home. He doesn’t even allow his son to finish his repentance story, but instead, restores him fully.