Home Features Finding Hope in the Midst of Tragedy 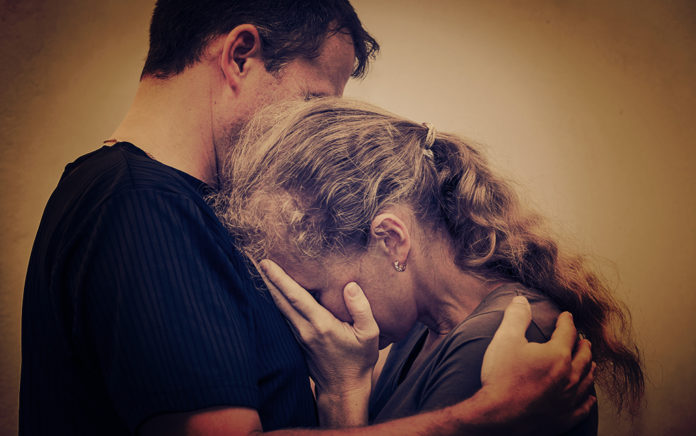 God does not eliminate the bad things from our lives, but he does promise to bring good.

I had a crazy life as a young boy. My mother was “living la vida loca,” and I was along for the ride. She was a very beautiful lady and never experienced a shortage of men in her life. She also loved to drink and party.

As a result, a parade of men passed in and out of our home, and my home life consisted of a lot of fighting, screaming and hitting.

But instead of having deep depression through all of this, I strangely had hope that one day things would get better.

I don’t really know why I felt that way. There was nothing to indicate that things would get better. In many ways, they actually got worse when I became a teenager. I started making a lot of bad decisions that sent my life in an even worse direction.

At school no one was saying, “Greg, hang in there. You’re going to go out there and accomplish something in the world.”

In fact, most of the schools I went to wanted to expel me, and for good reason. I would make trouble in class. I would disrupt the class. And the only reason I wasn’t expelled was that my mother threatened to sue.

That was the life I lived, and somehow I thought my life would get better.

Now I know why: God has placed eternity in our hearts, the Bible says (see Eccl. 3:11). That simply means we were created by God, and even before we know him, even though we’re separated from him by sin, we sense there’s something more in life.

And it turns out that I was right about my life getting better. In fact, it got dramatically better when I became a Christian. I heard the gospel and believed it. And Christ changed my life immediately.

Then, not long after I became a believer, I met Cathe and we got married. Then we had two sons. We were building our family and starting a church.

Of course, there were challenges and many setbacks, but we pressed on. We were so thankful for all that God was doing. And then the most devastating thing of my life happened. Our oldest son, Christopher, died in an automobile accident.

When it happened, I thought in many ways that my life was ending. I was so destroyed by it. I thought, What happens now? How do you even survive such a thing?

Our house immediately filled with people who were saying all kinds of things. Some things were slightly helpful, some were rather random and some were even hurtful. But they were offered with the best intentions, I’m sure.

That day Cathe came up to me, took my face in her hands and said, “Greg, it’s going to be OK.” Cathe was the only person who could say these words and I would actually listen, because she had lost her son as well.

I’ll never be over my son dying, but I am getting through it. And the reason I’m getting through it is because Jesus gives me what I need every day. He will do the same thing for you, no matter what you’re facing right now. You can be sure of it.

Maybe you’re struggling with deep depression because something has happened in your life, and you don’t know why. I want to just say that it’s going to be OK. Somehow, you’re going to get through this. This pain you’re in won’t last forever. In fact, you will grow stronger from it.

And if you’ve suffered in life, if you’ve been neglected or mistreated or abused or abandoned, I’m sorry that has happened to you. But let me say this: God can take all the hurt and pain you’ve experienced and use it to touch other people.

Romans 8:28 is still in the Bible, which says, “And we know that God causes everything to work together for the good of those who love God and are called according to his purpose for them.”

People often misunderstand this verse. They think it means that God will take every bad thing and turn them into good things.

Things happen that are bad things. And they always will be bad things. They never should have happened, but they did. But despite the bad, God can bring good.

What is God’s endgame, so to speak? We find the answer in the verse that comes after Romans 8:28: “For God knew his people in advance, and he chose them to become like his Son, so that his Son would be the firstborn among many brothers and sisters” (v. 29).

This is our hope. And hope seems to be in relatively short supply these days.

If you think your life doesn’t matter, I want you to know that you’re wrong; it does matter. It matters more than you know.

Your life is a gift from God, and it’s worth living. You are loved more than you realize. You’re loved by God. He loves you with an everlasting love. He loves you so intensely that he sent his own son to suffer and die for your sins.

God wants to change the paradigm of your life—if you’ll let him. It’s your choice. But make the right one. You’ll be glad that you did.

This article originally appeared on WND.com and Greg’s blog. It is reposted here by permission.