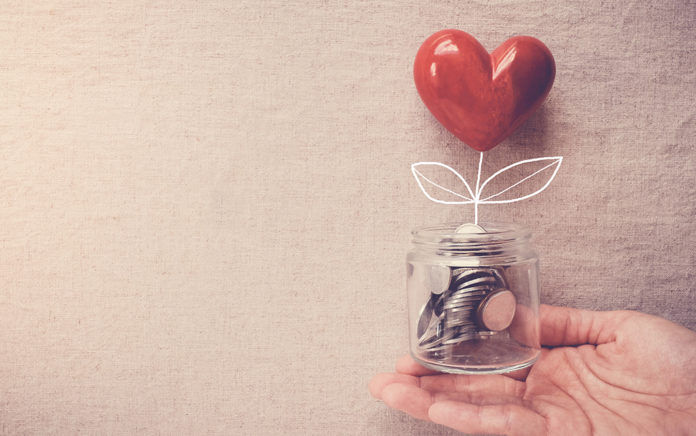 A gift that taught me about the incredible possibilities of unexpected generosity.

I was driving to an appointment in the summer of 2016 when the call came through my cell phone. The caller had been an occasional donor to Gordon, the Christian college on Boston’s North Shore where I serve as president. We had spoken a handful of times about his giving to the college. But in the wake of that phone call, he and his wife would ultimately commit $75.5 million to endow scholarships and programs for Gordon students—the largest gift to an evangelical college in history.

This gift has had a transformational effect on our college, and on me. This experience has taught me about the generosity of God—and how God’s provision can create rising faith in all of us as we respond with generosity of our own.

I like to think of myself as a certain kind of leader, one who can develop a winning strategy and then work with a team to carry it forward to completion. But the truth is I had little to do with this record donation.

My wife and I had spent time with the couple, and I would handwrite longish letters to them from time to time. And a gift this size is fundamentally an endorsement of the vision that colleagues and trustees pursue for years. In other words, securing it was not effortless. But with this family, we had done none of the things I thought would be requirements for getting a big donation. It came as a true gift, a breathtaking blessing I could not imagine when I first began praying for it.

Four years prior, after learning of a school that received a very large gift and saw it become the fulcrum for rebirth, I began asking the Lord for a transformational gift. I wanted the same for Gordon. After seeing so many of our students struggle to make ends meet and knowing our college’s numerous needs and challenges, I asked the Lord to send us a few dozen of those cattle that he owns on the thousand hills.

God did not answer that prayer in the way or in the timing I’d expected. From time to time, I would meet someone to make a big “ask” and wonder, Could you be the transformational donor I’ve been praying for? Alas, over and over, they were not. But then one day, when I was least expecting it, I received the phone call that would change our lives.

I think the donors would say they, too, have been somewhat surprised. They originally intended to make a gift for purposes entirely different from the eventual focus—endowing student scholarships and launching our Global Honors Institute. Then they thought they might provide seed funding, but never fund the full amount of the endowment, at least not in their lifetimes.

But prayer has a way of setting us free through generosity—of helping us to see how generosity toward others can help us experience the “life that really is life” (1 Tim. 6:19). And that leads to the second thing I have learned.

From Outreach Magazine  American Disaster 'Refugees' Can Teach Us Empathy

2. Charity Is an Act. Generosity Is a Pilgrimage.

Giving Tuesday has become a cultural phenomenon in recent years. Maybe that’s because we sense that charitable giving is a far better sequel to the Thanksgiving holiday than the shopping sprees of Black Friday and Cyber Monday. But if we see giving as a one-day act, we miss out on the real power of generosity.

On Thanksgiving Americans remember the Pilgrims, those English Puritans who journeyed to America to more fully live out their faith. Because God had provided for them, in part through the remarkable welcome extended by the inhabitants of the Massachusetts coastlands, they celebrated with a feast. All true generosity starts with celebrating the ways God, often through other people, was generous to us first.

Recognizing God’s generosity starts us on a journey of increasing obedience and release. In the case of our transformational gift, the donors made an initial commitment of $25 million, restricted for student scholarships. At the time, that was an unimaginable amount for us—when we announced it in 2017, it was five-times larger than any previous gifts received by Gordon.

Pilgrimage is rarely a solitary endeavor—it often starts, and almost always ends, with community. And we saw this with our donors’ initial gift. Others felt compelled to respond. One couple, who had never given to Gordon more than $50,000 at a time, eventually felt led to make a seven-figure gift. Smaller gifts included sweet contributions from some of our own students. Generosity begets even more generosity—a kind of flywheel effect of shared freedom and joy.

It even affected the original donors. As the family saw the effect this gift was having, they became persuaded that God was calling them to do something even bigger. They took seriously Jesus’ words: “Where your treasure is, there your heart will be also” (Matt. 6:21).

Earlier this year, another anonymous donor made a large gift to our endowment as we were going through painful staffing cuts. I suppose this is another lesson I’ve had to learn. Even amid unbelievable generosity, we were experiencing declining tuition revenues and offering more scholarship dollars to maintain our enrollment.

We can sometimes imagine that “transformational” gifts will eliminate our challenges. That doesn’t happen. Instead, they are invitations to continue our pilgrimage, which still includes hard choices. They free us to take stock and make sure we’re walking toward our problems, not away from them. In the end, I think that’s part of why our flywheel has continued to turn.

3. Being #Blessed Is About Our Good Fortune. Generosity Is About Blessing Others.

The Instagram hashtag #Blessed focuses on our own good fortune. But any serious biblical use of the word turns immediately to God’s intent that the blessings in our lives be poured out for the benefit of others.

At Gordon, we instantly put this transformational gift to work. The resources we received are already funding several cohorts of Global Honors Scholars and helping shape the future of these faithful, talented young people. One is Sarah-Catherine Hartiens, who is studying international relations and preparing for a possible lifetime calling to serve the materially poor in West Africa. This summer, she will intern in Ghana through a contact she made during her freshman year. She is precisely the sort of emerging leader these donors wanted to assist. By investing in Sarah-Catherine, they are investing in ministry and work—and the thousands of lives she will touch—for decades to come.

It’s been a tremendous blessing for me to observe up close how a committed Christian family’s decision to donate a significant portion of their personal wealth can have a transformational effect in the lives of students, and how they, in turn, can go on to serve and lead organizations that will multiply the effect of the investment. Such generous multiplication really deserves the label #Blessed.

There have been ups and downs in the journey with this wonderful couple over the last several years; when we reached a final understanding about the magnitude and purpose of their gift in August, I knew it was time for us to share this good news with the world.

Our hope and prayer is that others’ faith will rise as we become increasingly generous people, and that more and more of the church can experience 2 Corinthians 9:11 the way we’ve experienced it at Gordon over the past few years: “You will be enriched in every way so that you can be generous on every occasion, and through us, your generosity will result in thanksgiving to God.”