Home Features How Can We Be More Than Conquerers? 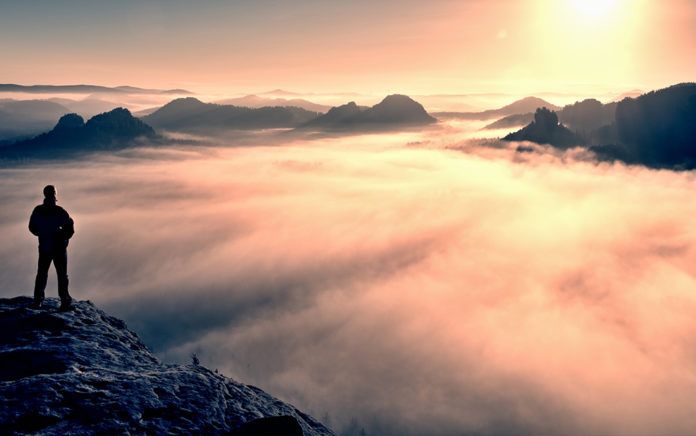 God can take what’s meant for evil and use it for our good.

It’s interesting that in Romans 8:35, Paul lists affliction and distress and persecution and famine and nakedness and danger and sword in answer to the question, “Who can separate us from the love of God?” You normally wouldn’t think of those things as a “who.” They’re not people, after all.

I don’t think so. First, because when these things come at us, it doesn’t feel inanimate. It really does feel like a “who.” But also, Paul wants to set up a contrast with a greater Who. No matter who you have against you, you’ve got a Who on your team greater than any who on their team.

God is stronger, and he’s not just going to defeat those things for us. He’s going to make us “more than conquerors” (Rom. 8:37). Have you ever really thought about that phrase? What does it mean to be “more than a conqueror”? I love how John Piper explains it:

God not only delivers us from our suffering; he also makes our pain and suffering serve his purposes: “For our momentary light affliction is producing for us an absolutely incomparable eternal weight of glory” (2 Cor. 4:17, emphasis mine).

What Satan means for evil in our lives, God uses for good, because God uses these attacks to work in us an even greater weight of glory than we would have experienced without them.

The Who of your salvation is greater than the who of your opposition, and God transforms the opposition into the servants of his purpose.

This also explains a confusing—and downright depressing—lyric Paul quotes in the middle of the soaring rhetoric of Romans 8: “Because of you, we are being put to death all day long, we are counted as sheep to be slaughtered” (Rom. 8:36).

Whenever Bible writers quote a passage of Scripture like this, they intend for their readers to think of the entire passage. This was more common for Paul’s readers, since they would have known the Old Testament extremely well. It would be like quoting the first line of a popular song today: You don’t need to sing the whole song; just one line and everyone will fill in the rest.

That’s what Paul is doing with Romans 8:36, which is a quote from Psalm 44. And if you thought the one line was dark, try the entire psalm! Seriously, go read it.

Psalm 44 was a song of lament written at a dark time in Israel’s history, when it seemed like God had forsaken Israel because of her sin. Israel’s enemies were all around them, crushing them, and so the psalmist asks if God had taken his eyes off of them forever, essentially saying, “I know it’s our fault, God, but are you ever going to bring any good out of this?”

Romans 8 is the gospel’s answer to Psalm 44: “For I am persuaded that neither death nor life, nor angels nor rulers, nor things present nor things to come, nor powers, nor height nor depth, nor any other created thing will be able to separate us from the love of God that is in Christ Jesus our Lord” (Romans 8:38–39).

You might be living in Psalm 44 today, and you’re thinking, Pastor J.D., if you only knew what I was going through, you wouldn’t say God can turn it for good.

But If you are living in that dark, desperate, hopeless place of Psalm 44, you are precisely the person Paul is talking about here.

Your Psalm 44 is being swallowed up in Romans 8.

Do you feel like a sheep set to be slaughtered? Paul calls you more than a conqueror.

Do you feel like darkness is your only friend? Paul says that not even death itself can harm you.

God’s purpose is unchangeable, his power is unchallengeable, and his love is unconditional. There is nothing to fear.

All those things that oppose you—persecution and famine and sword, earthly and demonic powers—those may affect your situation. But they can’t touch your identity.