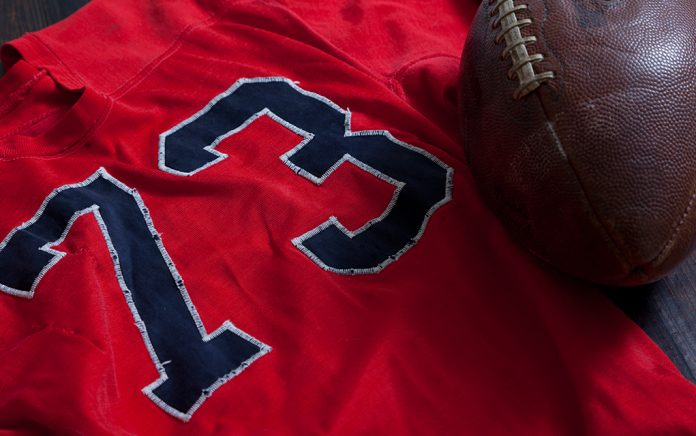 God’s calling you. Are you ready?

I just want to give you a power punch from God’s Word that I got when I was having my Bible study a few years ago playing in the NFL. I remember it like it was yesterday. It was 2006 when I was with the San Diego Chargers in training camp.

I had the opportunity to play for Baylor University and then went on and started my career with the Dallas Cowboys. And now I’ve been able to come back and be the chaplain for the Cowboys.

But there’s a specific scenario in 2006 when I was with the San Diego Chargers in training camp. Training camp that year was a beast. Now they have all of these rules where you can’t practice twice and you can’t wear pads but so many days. Forget all that. We were playing real football in 2006. Okay? All of that other stuff is out the window.

We got up at 6 a.m. We didn’t get back to our rooms until about 9:30 p.m. And the coaches didn’t care how you felt. They weren’t interested in trying to give you time off. I mean, you could forget about all of that. We were just hard livin’ in 2006. We’d have two, sometimes three practices a day—full pads and there’s no negotiations.

I remember by day four you didn’t remember what day it was, and if you saw a light, it was just the light of an oncoming train. I mean, you were just trying to make it. Rookies were calling their moms, talking about, “Get the bed ready. I’m coming home.” And veterans were talking about retirement. It was just a beast.

By day seven, I remember it like it was yesterday, because on day seven we had a terrible practice. Guys were feeling themselves. They were bandaged up and bruised, and guys were hanging out in the training room not coming out to practice. When we started practice, I remember LaDainian Tomlinson fumbled the ball a couple of times in that practice. Philip Rivers threw several interceptions. There were people just laying out and not making tackles and not tagging off and not sprinting to the ball. It was a terrible practice because we were complaining about the situation we were in.

And I looked at the head coach, and I saw that he had taken notice, but he didn’t say anything. So I kinda thought we got away with one.

And then finally, the head coach entered the room and all went quiet. Shhhhpp. Cause now the elephant has just come into the room. Those football fans will know this guy’s name. He goes by the name of Marty Schottenheimer. He doesn’t play any games. He’s a Bill Parcells era coach.

From Outreach Magazine  Your Marriage Today … and Tomorrow

And then finally, he began to speak. He said,

“Men, I did not just cast a net in hopes that the great players that I needed to win a Super Bowl, and would experience greatness right here with the 2006 San Diego Chargers, would just so happen to fall into it. That’s not the way I work. You were hand-picked, hand-selected, cherry-picked, chosen by none other than myself, and I’m Marty Schottenheimer. I don’t make mistakes with whom I choose.

“I can make promises until I’m blue in the face. I can tell you how great you are, how great you should be, why I called you, why I put you in there. But at the end of the day, if you don’t take responsibility as a man and maintain the integrity of your uniform, then you can nullify the promises that I’m making.

“So stand up, stop whining and complaining, put on your pads, strap on your helmet, and meet me on the 50 yard line because the time for your greatness will start right now.”

I remember that like it was yesterday. Those who’ve been athletes, you had one of those coaches who came and gave you one of those speeches that you’ll never forget.

From Outreach Magazine  Kevin Myers: The Internal Challenge of Change

And I remember when I finished my career in 2009 with the Washington Redskins, and I was trying to figure out what I was gonna do next with my life, I was kinda grumbling, groaning and complaining because now the game is gone. I’ve been playing it since I was in the 6th grade. What else am I gonna do now? Does God have the ability to use me? Am I gonna do something?

And I prayed about it. And then I felt the Holy Spirit knock on the door of my heart and say, “Jonathan.”

He said, “Let me holla at you for a second.”

He said, “You remember that speech that Marty gave you back in 2006?”

He said, “Haven’t I said the same thing to you?”

Because he’s God. He doesn’t make mistakes with whom he chooses.

That means, if you’re sitting in this room, he gave you a uniform with your name on it. He has an expectation for you to make big plays in the kingdom of God or you wouldn’t be here right now. You can get anything done with that uniform with your name on it, but you gotta do something for me. It’s what he’s telling me, and it’s what he’s telling every man in this room. You gotta stop whining, grumbling, groaning and complaining, and you gotta take the uniform that he’s given you because he watched your film beforehand, he knew exactly what position you would play in his kingdom, and he’s telling you, “I need you to maintain the integrity of the uniform that I’ve given you in order for you to experience the promises that I’m making.”

This transcript from Jonathan Evan’s talk at The Main Event—LifeWay’s men’s conference is reposted here by permission.