Home Features How to Counsel a Gender-Confused Child 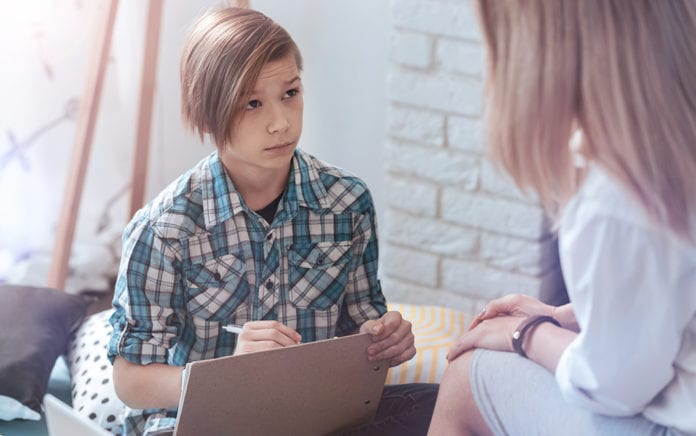 Here are three ways parents can care for their child.

With this seemingly ordinary request, your 14-year-old son goes on to reveal that he identifies as a girl. He tells you he’s been quietly uncomfortable in his male body for years. Recently, he’s connected with transgender teens at school and online, and the similarity of their feelings and experiences has confirmed to him that he is transgender. He asks you to start referring to him as your daughter.

Perhaps you’re a parent of a teen or preteen who has told you something similar. Or you know someone going through this experience. According to a 2018 report from the American Academy of Pediatrics, there are approximately 500,000 trans children in the United States, or 0.7% of the population.

If they haven’t already, many Christians will face the resulting jumble of questions: Will I harm my child if I don’t embrace their trans identity? What should I say in response to their confusion? How can I help my child?

While Christian parents can’t affirm their child’s misplaced desires, they have a God-given responsibility to lovingly help their child through a real struggle with gender identity. Rather than being bewildered into ineffectiveness, parents can proactively care for their child in at least three basic ways.

1. Acknowledge the Struggle; Speak the Truth.

It’s true that transgender youth have higher rates of depression and other mental illnesses than others in their peer group. Whether or not this is a direct consequence of discrimination and victimization isn’t easy to discern. But the fact remains that trans students are more at risk for depression, self-harming behaviors and suicidal ideation than their non-trans peers are.

Don’t let the possibility that gender-questioning, gender-dysphoric or trans children will respond unfavorably to your words prevent you from speaking with them. Instead, acknowledge the particularly tender and broken hearts and spirits of children and teens who struggle with their gender identity. Approach them from a posture of steadfast love. Don’t refuse to speak, but be tender.

Loving your child doesn’t mean affirming everything they think or do. Parents, in particular, have the uniquely difficult calling of teaching their kids to reason through life from the perspective of God’s Word (Deut. 6:5–9). His Word is our most helpful resource. It’s living and active, with the ability to speak powerfully to the hearts of our children (Heb. 4:12). And what God says about gender and identity is what’s best for our teens. The law of God is the law of a compassionate King who created and sustains us and who, therefore, knows exactly what is best for us.

As we approach God’s Word with our children, we can use it to help them discern truth from falsehood, reality from feeling, true identity from counterfeit. For the parent of a child who struggles with gender, it means affirming your love and commitment for your child, while giving them tools to navigate a confusing series of feelings and messages coming from both without and within.

Approaching this information from a biblical perspective, parents and caregivers of gender-questioning, gender-dysphoric or trans children will want to prayerfully speak the truth in love to the young ones under their care. God deals tenderly and compassionately with his children, remembering our fragile nature (Ps. 103:13–14; Isa. 42:3). He calls us to reason with one another gently and bear with one another in love, realizing we ourselves are recipients of his grace (Eph. 4:1–2).

As you talk with your child, seek to understand why they feel the way they do. Ask questions that will help you understand some of those feelings and beliefs, such as: When did you first begin to feel uncomfortable with your gender? How did you come to understand that gender was the issue? How has this struggle led you to feel about yourself? What are some ways you feel that I’ve made this struggle more difficult for you?

Leading with this kind of empathetic, compassionate information-gathering will help you understand some of the struggle behind your child’s struggle with gender. And it will communicate to your child that though you may not approve of their gender self-identity, you unquestionably and faithfully love them and are willing to be present with them no matter what their particular struggle looks like.

If you’re a parent or a caregiver who can’t affirm your child’s gender self-identity, communicate to your child that you want this to be an ongoing conversation. Get to know the deep places of your child’s heart through the context of hard but authentic conversations that come from seeking the Lord’s wisdom together, from his Word, and through prayer.

One thing to keep in mind as you have these conversations is that your child may experience thoughts about self-harm. About three-times as many trans youth contemplate self-harm as the general youth population does. You can be prepared to address these thoughts, if they arise.

As a parent or caregiver, include questions about self-harm and suicide in your conversations with your child. Ask if your child has ever thought about harming themselves or committing suicide. Tell them it’s not unusual to think about such things. Don’t be afraid to hear that they’ve had such thoughts.

If your child does say that they’ve contemplated self-harm, ask how often they’ve thought about it, and whether or not they know how they’d carry out a plan for self-harm. Particularly if your child says they know how they’d act to carry out those thoughts, assure them there are better ways to cope than hurting themselves. At this point, don’t panic—but do contact a qualified mental health professional as well as a Christian counselor as soon as possible to get your child into treatment. Until this happens, minimize the amount of time your child is alone. With help, your child’s suicidal thoughts can be brought under control, and depression can be healed—or at least, controlled.

And if you ever feel your child has the means, and is in imminent danger of acting on their suicidal or other self-harming behaviors, you should drive them to the nearest hospital or call 911 immediately.

Parents and caregivers can show their children the merciful love of God through their own steadfast love and mercy. Together, we can walk our children to the throne of grace, where God delights in lavishing grace in our time of need.

TGC Editors’ note: For the sake of concision, we have chosen to use “they” as a singular pronoun throughout this article. This is an acceptable grammatical usage and is not a commentary on gender.