Home Features Teach Us to Pray: The Significance of the Lord’s Prayer 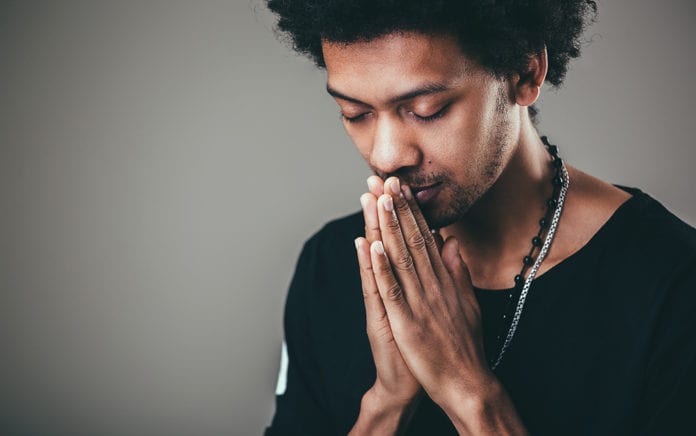 Why prayer is the breath of spiritual life.

Questions. Our lives are filled with them. And many of them, particularly the ones we ask of God, go unanswered. It’s not that they are unimportant to him; they are terribly important to him. It’s just that we are even more important, and he is waiting for us to ask the right ones. The New Testament is filled with such misdirected requests—“Show us the Father,” “Save us!” and “Who among us is the greatest?”—that Jesus declines to answer, opting instead to reveal more intimate, more significant insight into the character of God.

But one question was answered—immediately, clearly and with care:

The breath of spiritual life is prayer. Physically, we can live 40 days without food and three days without water, but only seconds without breathing. Spiritually, we can do no better. A life without prayer cannot be spiritually alive, no matter what else may be present. It is, as Evelyn Underhill has written, “breathing the air of eternity.” This is how strategic and critical prayer is for anyone who desires to be in a personal relationship with the living God.

There is a specific prayer God wants to hear and that we most need to express. It is not the prayer that makes us feel a certain way or that attempts to gain a particular advantage. It is the prayer that seeks out God and then experiences him. This experience is supernatural, even mystical, but not in the way most would think. When we pray, we open the inner recesses of our life to the stirrings of God. There, his transformational energies are released and Spirit encounters spirit. As Moses maintained, “the Lord our God comes near when we pray to him” (Deut. 4:7). And he knew this well for the Bible tells us that “the Lord would speak to Moses face-to-face, as a man speaks with his friend” (Ex. 33:11).

From Outreach Magazine  Why Family Devotional Times Are Worth the Effort

So prayer is not simply a matter of words but also relationship. This does not make prayer easier, but more complex. If it were simply about skill or exact verbiage or words, then prayer could be approached as a competence to be mastered. Instead, it is deep calling to deep. For this reason, the disciples implored Jesus, “Teach us how to pray” (Luke 11:1). They had the rote formulas and pat routines; they knew of the times and patterns, postures and positions. They were interested in how they might relate to the living God the way Jesus did. So they asked Jesus to teach them how to have the relationship with God through prayer they saw Jesus enjoy.

But there was more behind this request. Religious groups and sects were often marked by how they prayed. Almost as if a denominational distinctive, how you prayed defined your religious identity. The disciples wanted to know what the defining prayer for their band would be. Perhaps this prayer would be best termed the Disciple’s Prayer rather than the Lord’s Prayer (For the true Lord’s prayer, see John 17.). Intriguingly, Jesus did not say, “You will not be known by a prayer.” Instead, his answer suggested, “Here is the prayer that will mark you.” And it would define them. Authentic prayer is deeply molding and transforming, making its content decisive for the life of the Christian. The Latin tag lex orandi, lex credendi (literally, “law of praying, law of believing”) suggests that what is prayed indicates what may be believed and, conversely, what is believed should govern what may be prayed. No wonder the early church considered the importance of the Lord’s Prayer to be second only to the Lord’s Supper, and one of the most precious possessions of the Christian to steward, taught only to converts at baptism.

Yet somehow, we have lost this knowledge, or lost touch with its importance. Some of us never had it, coming to faith in Christ late in life without a spiritual heritage or memory to draw from. Others have lost the deep meaning of Christ’s words. Even among those who recite it as a part of their weekly worship, the words can often become a matter of rote recitation or liturgical comfort. We need to return to Jesus and ask what his original followers asked: “Teach us to pray.”

Because we don’t know how.