Home Features How to Do Church With Autism Spectrum Disorder 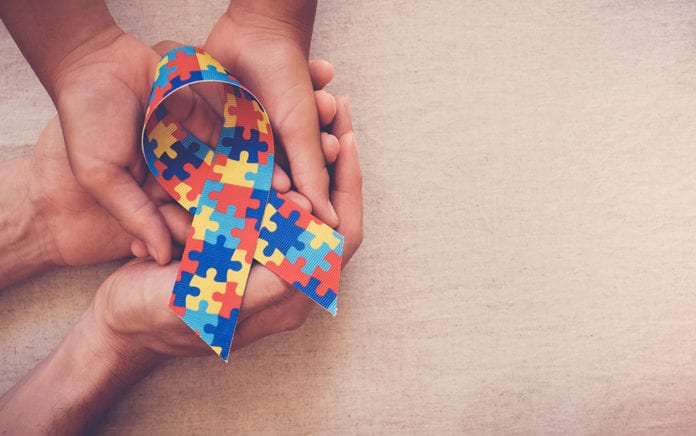 Tips for navigating the challenges, and advice for those who want to reach out to people with ASD.

You’re in a crowded room with people who bump into you or gently touch you with their hands to “sneak by,” without realizing that every touch sends your mind into panic mode.

On top of this, your brain begins to be overwhelmed by the different smells surrounding you.

While you’re still trying to adjust, music begins playing over the sea of noise.

You freeze as you fight to not let your anxiousness overcome you.

Would you volunteer to have such an experience? Would you believe it if I said enduring such a scenario is actually good for you?

Well, that’s a depiction of the first five minutes of a typical church service for some people with Autism Spectrum Disorder—someone like me.

Typically, someone with ASD is unable to read body language or distinguish things like jokes or sarcasm. They also probably exhibit a lack of eye contact during conversation and struggle with handshakes. Thus, having to face social interaction can cause anxiety that only compounds as the people in an area increase. People with ASD also typically have a topic they find extremely interesting that they could talk about for hours. Personally, mine is video games.

However, ASD isn’t a cookie-cutter disorder, meaning it doesn’t manifest the same in all people on the spectrum. This article reflects my experiences, but others who have ASD can experience church differently.

WHY CHURCH MATTERS FOR EVERYONE

The opening scenario only focused on sensory sensitivity, so you can imagine what it would be like when communication and socializing are thrown into the mix.

But while a church service has many levels of difficulty for someone with ASD, the command of Scripture is clear: “Let us consider how we may spur one another on toward love and good deeds, not giving up meeting together, as some are in the habit of doing, but encouraging one another” (Heb. 10:24–25).

As Christians we can’t forsake the meeting of the saints, and we must have fellowship with the congregation since “as iron sharpens iron, so one person sharpens another” (Prov. 27:17). There are times when this is easier said than done, but we have to persevere. The church is vital for our spiritual growth and encouragement; likewise, our participation in the church’s life also encourages those around us.

It certainly can be tough for those of us with ASD to push through a church service, but there are some practical steps we can take to help ease the burden (at least, here’s what I do):

From Outreach Magazine  How to Be Unholy as You Pursue Holiness

• The night before, I try to get good rest, since going to church with a tired mind is sometimes an immediate “game over.”
• I tend to talk to people one-on-one, since it’s easier to focus on the conversation. Focusing on one conversation helps drown out some of the background noise.
• Most importantly, I pray throughout the whole service for strength to endure, that my mind will be at ease, and that I will be able to communicate with others.

There might be times you attend and have to leave immediately afterward because it’s too much, and there is no shame in this. Often in these situations, I talk it out with friends. By God’s grace I find the strength to move forward, and that’s where our reliance needs to be anyway.

CONNECTING WITH SOMEONE WHO HAS ASD

For fellow church members who find it difficult to connect with those who have ASD, understand it may take patience and time.

When I first started interacting with a particular couple at church, Katie would smile and say, “Hey Dave, how’s your week been?” to which I would respond plain-faced, “It’s David, and it was all right.” Bill would later walk by and ask, “How was the drive to church today?” and my answer was always, “It was okay.” Their takeaway from our brief conversations was that I disliked them.

They didn’t stop initiating these interactions, however. Over the course of months God put it on my heart that I needed to grow in fellowshipping with the church. It took a lot of effort, but with Katie and Bill already extending themselves, it was easier to approach them, and what followed is a lasting friendship.

Keep this in mind if your conversation feels like it’s going nowhere. Continue to approach the person and lift them up in your prayers.

HOW DO WE DEAL WITH HOSPITALITY?

Small groups and informal household gatherings pose another challenge. God wants church members to be a part of each other’s daily lives. But for those with ASD, the idea of going to another person’s unfamiliar house can be daunting when you don’t know what to expect. Though it can be tempting to turn down invitations to someone’s house, there are so many blessings when we persevere.

There are small things that people with ASD can do to make accepting hospitality easier. One is to be honest with the host about your challenges or needs ahead of time. If you’re struggling while you’re there, it might be hard to say something in the moment—so talk about it beforehand. You don’t have to go into more detail than you want.

While fellowship with other believers is necessary, don’t push yourself to a breaking point. Be patient and do what you can; over time God can build you up to handle more.

HOSTING SOMEONE WITH ASD

If you are having someone over who you know has ASD, here are some suggestions on how you can lovingly serve them:

• The first time they come over, just invite them and maybe one of their friends. If you’re inviting others, make the person aware so they know what to expect.
• Ask for any food preferences. Certain smells and textures can be extremely uncomfortable for someone with ASD, so find out what they like.
• Odds are the person probably has a subject they’re extremely passionate about, so engage for a while. I have put Katie through hours of conversation about video games. She isn’t a fan, but she listens and then says she doesn’t really get it, but she’s glad I’m excited, and then we move on.

LET THIS ENCOURAGE YOU

Several weeks ago, I was invited to a surprise party for a member of my church. I didn’t follow my own advice—I got only about five hours of sleep the night before. When I arrived and was surrounded by 20 to 30 people in a smaller house, it didn’t take long for my anxiety levels to skyrocket.

I felt unable to enter any sort of conversation. It took everything in me to not run out of the house. Fortunately, one of the hosts, Rachel, approached me and calmly started a conversation. By God’s grace, I was able to push my attention to her and block out some of the craziness going on around me.

As my anxiety dwindled a bit, her husband then invited me to join a card game in a less-occupied area of the house. This helped tremendously, and I was able to make it through the night.

God can use you to help someone with ASD, and you may not even realize it. And for those with ASD, take comfort in the fact that God loves you, knows you and cares for you. Take hold of the truth of God’s Word and, when facing a challenge, remember this: “God will supply every need of yours according to his riches in glory in Christ Jesus” (Phil. 4:19).

This article originally appeared at HospitableHomemaker.com and TheGospelCoalition.org and is reposted here by permission.