Home Features Smartphones and the Gift of Presence 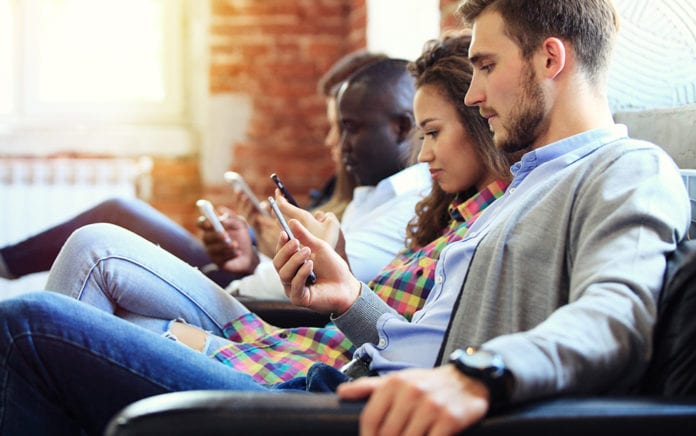 In our world of constant distraction, let’s give each other the gift of our full attention.

Thinking out loud the other day, I asked my four-year-old daughter, “How can we love other people well with our phones?”

She paused briefly, then said, “Well, you should write a message with a heart. Then you should buy somebody a present.”

Our smartphones offer us new opportunities to love one another. As my daughter suggested, they make it easier to buy each other presents. They equip us to send encouraging messages to people across the country (or world). They allow us to set reminders to pray for our friends and family.

But you know this isn’t the whole story. Our devices may create new opportunities to display love, but they have a dark side, too. Love today requires we take a unique approach to our phones.

Our smartphones, after all, are not neutral. In her 2015 book, Reclaiming Conversation, psychologist Sherry Turkle shares story after story of a troubling tendency. People who say they care about relationships are turning—quite literally—away from other people and toward their screens:

• When employees need to communicate difficult news, they avoid face-to-face conversation in favor of email. This tendency has created massive trust deficits in many companies, who are trying to encourage face-to-face interaction.

• When college students are at lunch together, two conversations emerge—one around the table, and one through a simultaneous stream of texts. In this dual conversation, the topics have to stay light. And most people aren’t listening anyway. The most commonly heard phrase is, “Wait, what?”

• When parents are playing with their children, they instinctively reach for their phones to check social media or email. Children learn early that they must compete—sometimes literally beg—for their parents’ attention.

From Outreach Magazine  Why You Cannot Lead Without Integrity

Imagine what might happen in these scenarios if our screens did not exist. What conversations might ensue? What would it look like for a conflict at work, or play time with our kids, or a friendship with a neighbor, to run its course without the ready distraction of a screen?

In a world dominated by screens, distraction is king. This may be bad news, but it also provides a unique opportunity for us to love each other in a counter-cultural way. In a world of constant distraction, focus and attention become rare treasures.

Give Others Your Undivided Attention

In our smartphone age, to give someone our undivided attention is nothing short of revolutionary. When was the last time you maintained focus on another person for, say, an hour, without reaching for a device? Can you think of one?

On the flip side, how many times in the last week have you been talking to someone when they turned to their phones in the middle of you talking, as if they were pressing pause on you? As common as this is, I’ll bet it still hurt your feelings, even if only at a subconscious level. Why? Because God has wired us to love each other in the flesh. Our phones are more than distractions; they are portals to another place. So when someone reaches for that portal in our presence, it communicates, “I’d rather be somewhere else.”

We follow a God who could have simply revealed himself by sending bulk messages from the sky. But he took a different path. He put himself in human form and bound himself to one time and one group of people. It was incredibly inefficient. But it was intentional.

From Outreach Magazine  The Outer Limits of the Inner Sanctum: 5 Ways to Make a Gospel Impact in Your Home

All throughout Jesus’ ministry, we see the Son of God focused on the people right in front of him. The frustrated disciples wanted to hurry Jesus on to more important work. But Jesus wouldn’t have it. He made time for the suffering woman who bled for 12 years. He made time for a little girl whose father was heartbroken at her death. And most of his ministry was done, face-to-face, with a small band of followers.

Jesus looked at people in the eye. When he was with people, they had his full attention.

I’ve savored this kind of precious conversation, especially in our digital age. When someone puts their phone away to look me in the eye, I feel valued. It is an honor to know that the person in front of me is getting emails, texts, social media notifications—and to know that they are ignoring this stream of information to pay attention to me.

When I see that phone disappear, I hear a clear message: “I could be somewhere else right now, but I’m choosing to be with you.”

Isn’t that a message you long to send?

This will not be easy for any of us. Phones offer us friction-free relationships. In contrast, face-to-face conversation is difficult. Filled with awkward silences. And often boring.

But far from being a “bug” in the system, these uncomfortable realities make conversation the treasure that it is. They are the very framework through which friendship, intimacy, and love are forged.

So keep using your phones to stay in touch with friends, send encouraging messages and yes—like my daughter suggested—even buying presents. But never forget the greatest gift you can give anyone: your presence.

Join the ‘Year of the Bible’ Movement 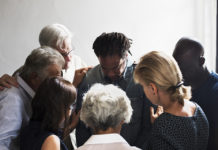 Why You Need the Church to Know Jesus