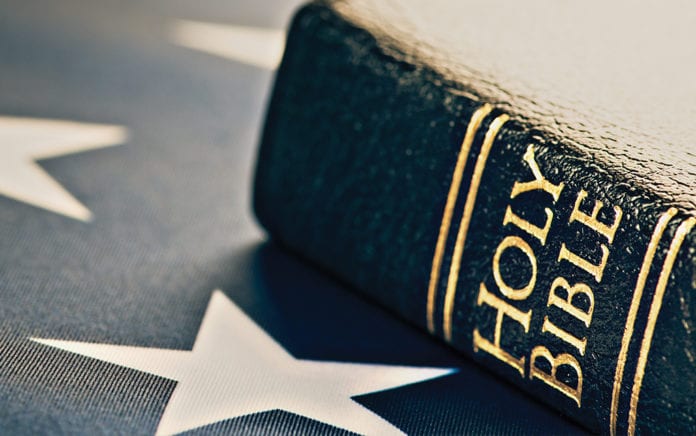 We do not have the luxury of remaining silent in matters of politics, but we must use caution in the ways we engage.

Timothy Keller is the founding pastor of Redeemer Presbyterian Church in New York City, which he led for 28 years, and the chairman and co-founder of Redeemer City to City (CTC), which starts new churches in New York and other global cities. (Redeemer has been instrumental in helping to start more than 250 churches around the world.) In 2017, Keller transitioned to CTC full time to teach and mentor church planters and seminary students through a joint venture with Reformed Theological Seminary’s City Ministry Program.

He is also the bestselling author of such books as The Reason for God and The Prodigal God. In his most recent title, The Prodigal Prophet: Jonah and the Mystery of God’s Mercy, Keller draws connections between the story of the rebellious prophet swallowed by a whale and the mission of Jesus to redeem the world, along the way helping us understand the role the prophet plays in the unfolding of God’s sovereign will.

In the following excerpt from The Prodigal Prophet, Keller—with his characteristic precision as an exegete of Scripture, culture and the crossroads between the two—draws upon insights from the book of Jonah to address how Christians should engage the political issues and environment of our day.

Seeking the Prosperity of Our Cities

Christians cannot think that their role in life is strictly to build up the church, as crucial as that is. They must also, as neighbors and citizens, work sacrificially for the common life and common good. What is that? In the most basic sense, it refers to things that benefit the entire human community, rather than only the selfish interests of some individuals, groups or classes. It may refer to:

• a safe environment rather than a community that is plagued by crime or health hazards;
• economic prosperity and humane workplaces rather than a community with few jobs where poverty is rampant;
• a state of peace rather than one marked by violence between individuals, races, groups or nations;
• a just social order rather than one marked by corruption and by a justice system weighted against the weak or poor;
• publicly available resources such as good educational institutions, medical services, parks and recreation;
• social harmony and civility in which people from different races, cultures and moral frameworks relate to one another with respect;
• a community committed to caring for the weak: the elderly, the chronically ill, single parents and orphans, immigrants and the poor;
• a government that works on behalf of all citizens, not just the rich and powerful.

Jonah fled from God rather than seeking the spiritual good of a city he despised. He had allowed himself to become too aligned politically and emotionally with the national security interests of Israel. We must avoid the same error. Nonetheless, after a quick look at the bulleted list, some will respond that it will be impossible to work for the public or common good without Christians getting involved in politics. That is true, and so a careful balance must be achieved.

First, we must not think it really possible to transcend politics and simply preach the gospel. Those Christians who try to avoid all political discussions and engagement are essentially casting a vote for the social status quo. Since no human society reflects God’s justice and righteousness perfectly, supposedly apolitical Christians are supporting many things that displease God. So to not be political is to be political. Churches in the U.S. in the early 19th century that did not speak out about slavery because that would have been “getting political” were actually supporting the slavery status quo by staying silent. The Bible also shows us individual believers involved in politics and holding important posts in pagan governments—think of Joseph and Daniel.

Individual Christians can and should be involved politically, as a way of loving our neighbors. To work for better public schools in a poor neighborhood or to end segregation in a country requires political engagement, and Christians have done so and should continue to do so. Nevertheless, while individual Christians must do this, they should not identify the church itself with one set of public policies or one political party as the Christian one. There are a number of reasons why.

One reason it is harmful is that it gives listeners to the gospel the strong impression that, to be converted, they not only have to believe in Jesus but also need to become members of the [fill in the blank] party. It confirms what many skeptics want to believe about religion, that it is not a genuine spiritual truth and encounter but only one more political constituency and voting bloc, one more way to get power over others.

Another reason not to align the Christian faith with one party is that most political positions are matters not of biblical prescription but practical wisdom. This does not mean that the church cannot ever speak to social, economic and political realities, because the Bible does. Racism, as we have seen, is a sin, violating the second commandment to “love thy neighbor.” Also, the biblical command to lift up the poor and to defend the rights of the oppressed is not an option for believers; it is a moral imperative. And speaking out against particularly egregious violations of these moral requirements is important.

However, as soon as any group of Christians decides exactly how to best pursue these moral ideals in our particular society, they are usually moving beyond biblical prescription into the realm of wisdom and prudence. Is the best way to help the poor to shrink government and let the private capital markets allocate resources, or is it to expand the government and give the state predominance? Efforts to find in the Bible a clear mandate for completely laissez-faire capitalism or for communism fail to convince. The best social policies are somewhere between those poles, but the Bible does not define that point exactly for every time, place and culture.

I once heard from a friend about a man from Mississippi who was very conservative in every way. He was a conservative Republican; he was also a very traditional Presbyterian. He had long wanted to visit Scotland, the homeland of American Presbyterians. Eventually he arranged to serve for a month as a worker in a little Presbyterian congregation in a village in the Scottish Highlands. The church and its people were as conservative as he expected. They were extremely strict in their observance of the Sabbath. No one so much as turned on a television on Sundays.

However, one day he got into a discussion with several of his admired Scottish Christian friends and discovered, to his shock, that they were all (in his view) socialists. That is, their understating of tax structure and government economic policy was very left-wing. He couldn’t believe it. He had firmly believed that to be conservative theologically meant you were conservative politically on every issue. He spoke long with them and came to learn that their understanding of the role of government was grounded in their Christian convictions. That man came home to the U.S., not any more politically liberal than when he had left but, in his words, “humbled and chastened.” He realized that thoughtful Christians, all trying to obey God’s call, can reasonably appear at a number of different places on the political spectrum, with loyalties to different political parties.

From Outreach Magazine  The Impact of Christian Celebrities on Evangelicalism

Another reason why Christians, especially today, cannot allow the church to be fully aligned with any particular party is the problem of “ethical package deals.” Many political parties today insist that members commit to all the proper positions on all issues. So you cannot align on one issue if you don’t embrace the full gamut of all approved positions.

This emphasis on package deals puts pressure on Christians in politics. For example, following both the Bible and the early church, Christians will be committed to racial justice and the poor but also to the understanding that sex is only for marriage. One of those views seems liberal and the other looks oppressively conservative. Christians’ positions on social issues, then, do not fit into contemporary political alignments.

As a result, Christians are pushed toward two main options. One is to give up and withdraw, trying to be apolitical. The second possibility is to swallow hard, assimilate and fully adopt one party’s whole package in order to be admitted to the table. Political parties will offer Christian churches, organizations and leaders heady access to power, support, favors and protections. All this can be theirs if they support the whole political agenda and look the other way on matters to which Christians ought to object. The spiritual danger here is very great.

Neither of these options is valid. In the Good Samaritan parable, Jesus forbids us to withhold help from our neighbors. On the other hand, if we do experience some exclusion and even persecution (Matt. 5:10), we are assured that some will still see our “good deeds and glorify God” (1 Pet. 2:11–12). Our labor in the Lord is never in vain (1 Cor. 15:58). In fact, if we are only offensive or only attractive and not both, we can be sure we are failing to live as we ought.

The gospel gives us the ability and the resources to love people who reject both our beliefs and us personally. Think of how God won you over. Not by taking power but by coming and losing power and serving you. How did God save you? He came not with a sword in his hand but with nails in his hands. He came not to bring judgment but to bear judgment. That why the hymn says:

“Not with swords loud clashing,
Nor roll of stirring drums;
With deeds of love and mercy
The heavenly kingdom comes.”

The Good Samaritan risked his life and sacrificially loved someone who was not merely a stranger but a member of a racial group that the Samaritan would have seen as dangerous and even responsible for much suffering in his own community. The Jewish man deserved the Samaritan’s wrath but instead received sacrificial, practical love, the meeting of his physical and material needs. In this the parable points us to the “Great Samaritan,” Jesus Christ. We deserved nothing but his rejection. Indeed, he knew that we, the human race, would put him to death. He did not just risk his life for us—he gave it. He died for us that we might live. Until we see Jesus as our Good Samaritan, we will never be sacrificial in our love for our neighbors.

Read more of our coverage of politics and the church at OutreachMagazine.com/politics.