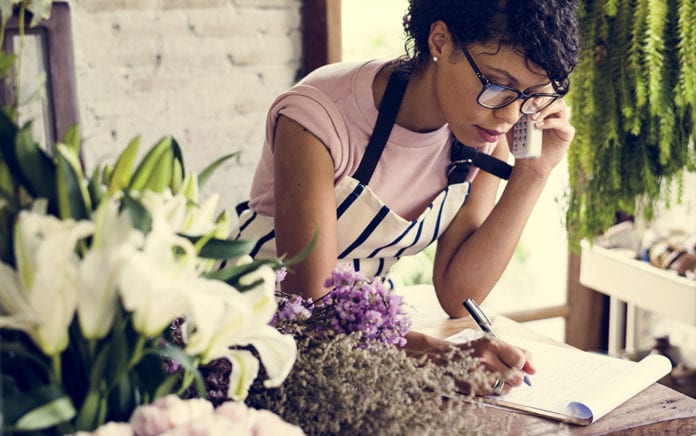 In my experience, the majority of Christians have a very limited understanding of God’s call on their lives, and therefore what they think about work is quite deficient. The popular belief among many Christians is that “the call” refers exclusively to the domain of the church, missions and particularly to the pastorate. But thinking this […]

In my experience, the majority of Christians have a very limited understanding of God’s call on their lives, and therefore what they think about work is quite deficient.

The popular belief among many Christians is that “the call” refers exclusively to the domain of the church, missions and particularly to the pastorate. But thinking this way restricts what God has revealed about man’s responsibility here on earth.

The Work of Creation

After Adam and Eve were created, we recognize a calling that God made to this first couple and to their descendants:

“God blessed them and said to them, ‘Be fruitful and increase in number; fill the earth and subdue it. Rule over the fish of the sea and the birds of the air and over every living creature that moves on the ground.’” – Genesis 1:28

Further along we read:

“The Lord God took the man and put him in the Garden of Eden to work it and take care of it.” – Genesis 2:15

This assignment was given to man before sin entered the world. This work with all of its posterior implications has been called the “work of creation” or the “cultural mandate.” When we arrive at chapter three of Genesis, we find that the fall of man has altered his working conditions. But in God’s mind, the fall has not in the least altered the original purpose of work: God’s glory and mankind’s satisfaction.

For the ancient Greeks, leisure was the activity with the greatest virtue, and “work” was called the negation of leisure. In this culture they came to believe that needing to work was not worthy of a free man. For this reason, they believed that philosophizing and doing politics were among the most noble of occupations. This outlook exercised a great deal of influence in western civilization. As time passed and the outlook changed, people began to consider work as a service to society, to themselves, and to one’s family. During the Middle Ages and until the time of the Reformation, a division developed between “secular work” and what was considered to be “sacred work” (which was done in a religious context).

The Work Of Redemption

Without a doubt, mankind’s fall not only distorted the conditions we work under, but also our understanding of work itself. After the fall, a different kind of work became necessary and it would have to do with the evangelization of the world and the redemption of what had been created. This kind of work has been called “the work of redemption.”

From Outreach Magazine  What Stories of Depression Can Teach Us

While studying biblical revelation, it is easy to see the dual responsibility that God has given to man and woman. On the one hand, there is the “creation work” which is related to what we do in society, in the culture, or in the generation where God has placed us for the benefit of mankind in general. On the other hand, there is the “work of redemption” that is to also be done during the lifetime God has given us, and which is related to the redemption of the soul that is enslaved to sin. It is a work which God carries out through the proclamation of the gospel.

If we are to be responsible children of God, we will have to involve ourselves both in the “creation work” as well as the “work of redemption.” God’s call to his children has to do with both callings.

As was mentioned before, during the time before the Reformation, there was a misunderstanding in relation to a person’s calling. It was thought that ministers had a vocation and special calling from God to sacred work. As a result all the remaining work was seen as secular and not sacred. Martin Luther and other reformers put an end to this dichotomy since they understood that any vocation can be what God called a person to do. Alister McGrath says in Reformation Thought:

If God has called you to serve in a certain capacity, this task is as sacred to him as any other task that he could possibly assign.

Work is part of God’s design for human life and as such it grants dignity to human beings. As Timothy Keller says in his book, Every Good Endeavor, “Work … is an indispensable component if life is to have meaning. It is a supreme gift from God and one of the things that gives meaning to our lives.” However, work is not everything. Keller further on says, “Your life has no meaning without work, but you cannot say that your work is the meaning of your life.”

From Outreach Magazine  Wicca: An Old Deception in a New Form

One Way or Another, It Must Be for God’s Glory

The Apostle Paul reminds us in Colossians 3:23, “Whatever you do, work at it with all your heart, as working for the Lord, not for men.” Here the Apostle does not differentiate between the “work of redemption” as we previously defined it and the “work of creation.” One clear implication of this is that whatever we do in life, God has assigned it to glorify his name. Every talent that a human is born with and is capable of developing is a gift from our Creator, and its explicit objective is for it to be used to give glory to His name and to reflect the infinite creativity of God through his manifold grace.

Luther, like other reformers, understood the biblical concept that is called “the priesthood of the believers.” In other words, they proposed that each believer has a vocation that God has called them to and with which they could serve their God. Based on this, no Christian minister has any reason for feeling superior to those who carry out a secular role. For the Christian, all of life is sacred because as the reformers well understood, we live the totality of our lives coram Deo, which is to say, before God’s face.

For the men that proposed the Reformation, work was not simply a means for obtaining income so a person could enjoy a material life here and now. Instead, it was a way to glorify God here and now. Our materialistic society thinks of work as a necessary evil, and with this point of view, it works from Monday to Friday in order to enjoy Saturday and Sunday. But this is far from the way God understands our work as an activity that is good in itself, that should give glory to his name, and that gives meaning, purpose and significance to human life.

Is this how you see work?