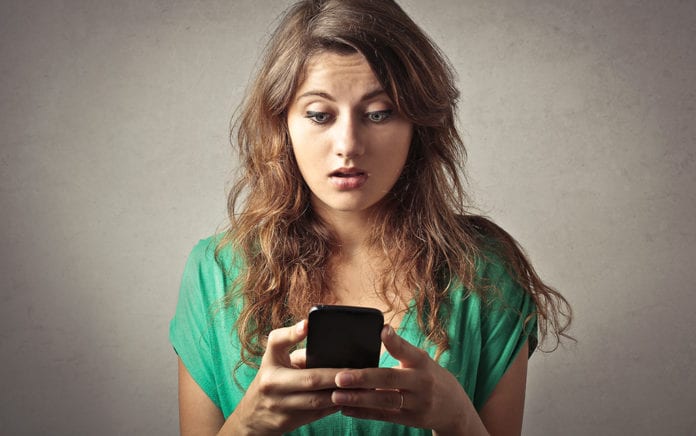 How can we as parents, coaches, church leaders and educators address these fears that are mainstream in the next generation?

Keeping up with the current “language expansion” is difficult in today’s culture. There is a need to express yourself, to be seen, to be heard and to belong. There are a few words that are describing young people’s current reality and you should be aware of them.

Maybe you are a “next-gen Christian” and I’m speaking your language. Or maybe you are leading the next generation forward and you are navigating this landscape while trying not to get lost in the wilderness of ”lit” and “turnt” and “woke.”

Tim Elmore, sociologist of culture, has identified some words that signify current fears that are mainstream in the next generation. Check them out below:

You know this one already: Fear Of Missing Out. This is a sentiment Generation Z has been expressing for years. Why do they have this fear? They’re on social media sites, seeing peers post pictures and videos of everything they’re doing: the best vacation ever, the best party ever, the best selfie with friends ever; you get the idea. And while we know those sentiments are not accurate, the feeling a viewer gets is they’ve just missed out on something fun. In fact, those posts ignite the notion that your life is really boring compared to everyone else. I mean—who posts photos of real life, like taking out the trash or doing homework?

Generation Z gives a new meaning to the phrase: “The grass is always greener on the other side of the fence.” When I was a teen and wasn’t invited to a party, I likely never found out about it. Today, thanks to social media, the party is broadcast and it’s “in your face” that you missed out. Obviously, it’s human nature to compare our lives to those of peers, but studies show that FOMO leads to extreme dissatisfaction and has a detrimental effect on our physical and mental health: mood swings, loneliness, feelings of inferiority, reduced self-esteem, social anxiety and increased levels of negativity and depression.

What can we do? Help young people recognize that if they worry about missing out, they are likely missing what’s right in front of them—real life, real people and maybe, real conversations and satisfaction. Help them focus on what’s happening where they are.

From Outreach Magazine  The 3 Nuts and Bolts of Youth Ministry

Here’s one that’s picking up steam: Fear Of Being Offline. This fear is newer than FOMO, but gaining traction among adolescents. If they’re honest, many will acknowledge they actually get anxious when their phone is not beside them. It’s not so much fear of missing out on a party, as it is fear of not being connected.

Teens who have a parent take their smartphone away for a day (as punishment) will frequently give their password to a friend so they can stay present online and keep their Snapchat streak or that conversation going.

I spoke to a college athletic coach recently who told me he requested his team to put their phones in a basket for the bus ride to an away game. He described the bus ride as “painfully silent” and stressful. However, on the ride home, he had them put their phones away again, and this time the players realized they could actually talk to teammates across the aisle. Imagine that.

Research on Coming of Age on Screens carried out by Crowd DNA studied the lives of 11,165 youngsters age 13–24 across 13 countries and five continents. One take away was stunning: Seventy percent of teens and young adults confess to FOBO.

What can we do? Share the neuroscience about our human need for silence. When we have margin in our day, we develop the capacity for creativity and empathy. And stress drops. After the initial “withdrawals,” students can learn to appreciate it.

This one has grown over the last five years or so: Fear Of Messing Up. It’s brought on by the pressure kids feel to perform. It represents the increased angst students feel about failing at something—a test, a sport, a relationship, a course, a job, you name it. Sometimes the fear is so great, they won’t even start something unless they’re assured they will succeed.

From Outreach Magazine  Why Christians Don't Share the Gospel

Unfortunately, FOMU is a symptom of a “fixed mindset.” Psychologist Carol Dweck warns us these fixed mindsets prevent people from taking risks, from learning and from growing in new areas. It often shows up in the phrase: “If I can’t win, I won’t even try.” Or, “If I am not the best, I won’t even play.” It’s so sad, because so many American teens envision themselves as entrepreneurs, while simultaneously being risk-averse. These two realities don’t go together.

Without knowing it, both parents and faculty have created this FOMU, by pressuring them to make the grade, make the team or make the cut. We wanted them to be excellent but too many misinterpreted us and assumed we meant perfection.

What can we do? Take the pressure off and let them be human. Remind them that you got a few “average” grades in school and didn’t excel at everything you tried. Remind them that our greatest lessons come from failure. Growth should be the goal.