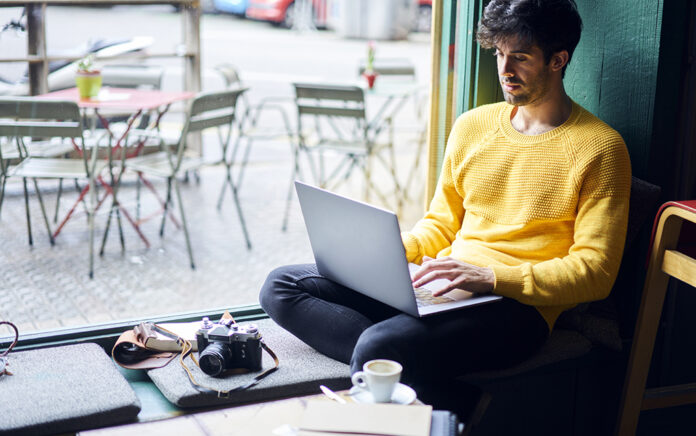 What was once done out of necessity now has become a first option for church planters. What are the benefits?

Over the past several years, we have seen an increasing interest in church planting. As a result of declining attendance and the closing of many existing churches, every major denomination is focusing more resources toward starting new congregations.

During this proliferation of church planting, one of the most significant trends is bivocational leaders starting new churches. Historically the phrase “bivocational pastor” referred to a leader who served a church unable to compensate a pastor with a full-time salary. The pastor would work a second or even third job to supplement what the church could provide. In many cases, this was out of necessity, rather than preference. Often the term “tentmaker” (the apostle Paul’s trade described in Acts 18) has been used to define this type of church planter.

However, a new movement is afoot among bivocational leaders. More church planters are choosing to plant bivocationally. This decision is arising out of the conviction that bivocational church planting actually provides a more desirable way to plant a new church. In other words, a first option, not a last resort.

Perhaps the most significant benefit of planting as a bivocational leader is that it gives the planter greater opportunities to connect relationally with people in the community. Their jobs give them access to a mission field not readily available to a pastor employed full-time by a local church. Many traditional pastors find themselves working inside a church bubble, spending the majority of their time talking with church people about things of the church.

Even when a fully funded pastor tries to engage people in their community, they often find it challenging to fully relate. Only when a person actually incarnates into the local context does he begin to understand the people’s values and interests. It is difficult to—from a distance – really love and serve the people God has sent us to. Some people have referred to this as “marketplace mission” because the majority of relationships developed result from the planter’s vocational connections. Their marketplace job isn’t a hindrance to what God is doing; it’s actually an advantage to engaging God’s mission.

Bivocational planting also helps diminish the vocational “sacred-secular” divide. The congregation gets to see the church planter model the fact that all vocations are sacred. Regardless of what God has called a person to do, the calling is sacred. As a result, the benefits of being in the marketplace are multiplied exponentially, as every member recognizes how their vocation fits into God’s mission of redemption.

This line of thinking provides a helpful way to reframe how we think about bivocational ministry. Often “bivocational” invokes the thought of two distinct vocations. We compartmentalize, seeing little, if any, overlap between what a leader does to earn a living and “full-time ministry.”

To overcome this disconnection, we might use the language of “covocation.” The prefix “co” is the reduced form of the Latin “com,” which means “together” or “in common.” English words like co-founder, co-pilot or companion denote partnership and equality. Covocation embodies the reality that if a person is called to be a dentist, a teacher or a web designer—and at the same time is called to start a church—the different callings are not isolated from one another, but interlinked and equal. The language of covocation pushes against the temptation to compartmentalize different aspects of our lives. When we begin to understand that each of our callings are legitimate and necessary aspects of God’s mission, they can be leveraged together for his purposes.

Another missional benefit of bivocational ministry is that working an occupation in the community builds credibility with those both inside and outside the church. In a post-Christian context, where people are skeptical of the church, it is valuable for non-Christians to see church leaders who have jobs like everyone else. In a time when Christianity doesn’t have the best reputation, it can provide significant “street-cred” with those outside the Church.

A second major benefit of bivocational church planting relates to the financial stability it provides in at least three different areas.

• The church planter. When the primary financial support comes from a marketplace source, rather than the church plant, the planter’s family usually experiences less financial strain. This is especially true when the planter is employed full-time in a vocation that provides benefits like insurance, vacation and retirement.

• The new church. A church led by bivocational leaders usually finds its financial base is much stronger. Without the need to provide full-time salaries and benefits, the church can invest more of its financial resources into mission and ministry.

• The church planting entity. Many denominations have made the commitment to plant hundreds, if not thousands of churches over the next several years. However, the current funding model simply doesn’t provide enough finances to plant the vast number of needed churches. Bivocational planting provides the opportunity for funding entities to embrace more sustainable church-planting practices. This is especially necessary for planters engaging socioeconomic diverse contexts made up of the very poor or immigrant populations.

Many traditional church plants start with a large annual budget supported by multiple funding streams, including partnering churches and denominational entities. Because most funding models are structured over a three- to five-year period, it puts pressure on a church planter to grow the church quickly so it can become self-sustaining before funding runs out. The unfortunate reality is that a planter often is forced to attract financial givers, rather than engaging the brokenness in their community. Bivocational church planting, on the other hand, provides a more viable financial model that allows the planter to focus primarily on mission.

Bivocational church planting creates opportunities for congregational leaders to use their God-given talents to create a culture of participation, rather than spectatorship. Out of necessity, more church members become involved in the mission of the church. Bivocational leadership helps to diminish the “laity-clergy” divide. Reserving pastoral leadership only for “professionals” means many gifted leaders will miss opportunities to pursue what God has called them to.

Bivocational church planting is not simply about having two or more jobs; it is about aligning one life. It’s about blending our calling to support our families and ourselves, with our calling to live a life engaged in God’s mission.