Home Features What Sociology Can Teach Us About Church Planting 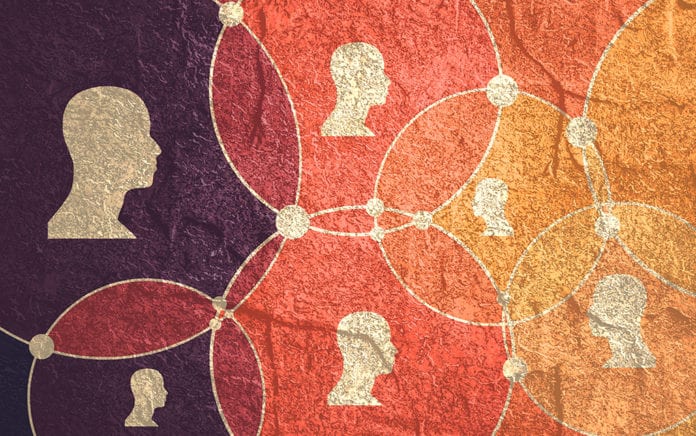 These gathering principles are important to keep in mind for bringing people together in a church plant.

The first is shared identity, such as language, life stage or socioeconomic similarity. There is a shared sense of “who I am.” It corresponds with a missiological understanding of the homogeneous unit principle that says it is easier for people to become Christians among people who are like themselves.

Churches have utilized this as a standard way of gathering people for decades. It is easier to attract, lead and preach to people who are like each other. In the dawning era of the multiethnic church in North America, congregations often represent different kinds of homogeneity. For example, in some San Francisco Bay Area churches young, educated, upwardly mobile members may come from 50 or more nations.

The second gathering principle is shared geography or place, or a shared sense of “where I belong.” It happens in the context of a small town, an urban neighborhood, an apartment complex and so forth. People who live in a place where neighbors actually know one another find that their lives happen in the context of that place.

Often, but not necessarily, density is a factor. This kind of connectivity to place aligns well with a parish style church and a high theology of place. This is the kind of neighborhood where churches often work together to serve the community. Churches in manufactured and mobile home communities are examples. One of the benefits of shared place is that all kinds of diversity can thrive together.

A third gathering principle is shared relationships, especially in the context of extended family. It answers the question, “To whom do I belong?” This is mostly true in communities where people grow up and stay in the same place or in places where people move to be together.

From Outreach Magazine  9 Things to Remember in a Church Crisis

At one time I managed a Hispanic apartment complex. Whenever someone moved out, another relative wanted to move in immediately. Truly indigenous churches often have families and long, deep friendships at their roots. An African American church in Oakland was started by a planter who enlisted his extended family to help start it. Even though it is now a large congregation, it is the most physically affectionate congregation I have ever spent time around—a trait which may derive from its kinship roots.

I now believe there is one more basic gathering principle: shared liminal experiences. By that I mean deep, sometimes traumatic things that happen like earthquakes, tsunamis, huge fires, soldiers at war or the refugee journey. It addresses the question, “Who are we becoming together as a result of this experience?” Sometimes the resulting bonding that arises out of this liminality is called communitas.

Recently a friend related an experience in a neighborhood where gun violence drew the neighborhood together. She was a newcomer, but the incident made her an insider. I remember reading that the decade following 9/11 saw the start of many new evangelical churches in New York City, and the theory is that people drew together and needed the church.

Most church planters I know utilize the principle of shared identity well. A growing number work in communities where they foster a shared sense of place. Shared kinship is an oikos principle found in the houses of faith we see in Scripture, but, in North America, families among most groups are spread out all over. However, some groups in some places are more family-driven and connected than others.

From Outreach Magazine  How to Create an Awesome Internship Program

Deep, shared experiences are less common, but neither are we generally observant of these things when they happen. For example, the newer waves of refugees from Afghanistan are in the U.S. with special permits given to Afghans who assisted the U.S. military. Multiple traumatic experiences from war, to the refugee experience, to leaving behind family and friends when they fled their homelands create a common identity with others who have this shared experience.

What is possible though, if the church focuses on more than one of the above arenas of commonality? For example, there is a disciple-making movement among mostly Latinos that began in San Jose, California, and spread to multiple cities. The Methodist movement happened among people with shared identity and shared belonging to place.

I have recently come to know about the Mam people of Guatemala living in one neighborhood in Oakland, California. Most are from the municipality of Todos Santos Cuchumatán in the state of Huehuetenango in Western Guatemala. They either fled from the war in Guatemala that ended in 1996, or more recently from crime, violence and famine. They have a shared identity, shared place, shared network of family relationships, and shared experience of liminality.

What might a God-flame spark there? If we work to embrace more than one sort of commonality, what might the church experience in terms of a movement of God?