Home Features Why Every Church Should Multiply 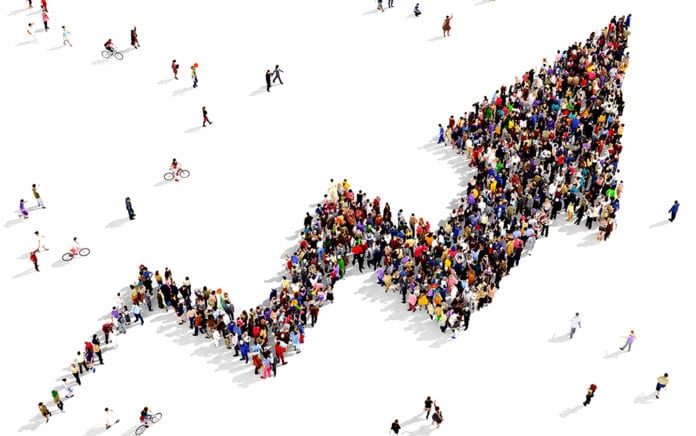 Church planting, campus launching, multisite, live preaching, video venue … is this just for a few churches called to (or just into) that sort of thing? Is church multiplication like the style of music a church chooses or its preferred governance structure? I mean, there are some church-multiplication fanatics out there, aren’t there? They say […]

Church planting, campus launching, multisite, live preaching, video venue … is this just for a few churches called to (or just into) that sort of thing? Is church multiplication like the style of music a church chooses or its preferred governance structure? I mean, there are some church-multiplication fanatics out there, aren’t there? They say every church should multiply. Is that right? Or can a church say, “That’s your thing, but deep discipleship is ours.”?

Check out this passage I’m sure you’ve read before:

“In the beginning was the Word, and the Word was with God, and the Word was God. He was in the beginning with God. All things were made through him, and without him was not anything made that was made. In him was life, and the life was the light of men. The light shines in the darkness, and the darkness has not overcome it. And the Word became flesh and dwelt among us, and we have seen his glory, glory as of the only Son from the Father, full of grace and truth. … For from his fullness we have all received, grace upon grace. For the law was given through Moses; grace and truth came through Jesus Christ.” —John 1:1–5, 14, 16–17

The reason you’re here, the reason I’m here is because Jesus, the Word, became flesh. He left heaven and came to earth. Verse 14 said he dwelt among us. It literally means he made his home; he built a house among us. And he was clear about his mission, wasn’t he? What was it?

And he did that as he taught; as he interacted with people; as he performed miracles while on earth. But he didn’t just do it in that kind of way. What I’m saying is that he is the Light of the World, right? But he didn’t choose to keep the light within himself only, did he? No.

He didn’t choose to stay on earth and have everyone come to him one-on-one in a physical sort of way, did he? No.

He was the Son of God and his mission, his purpose, his plan was much bigger than that. So the big, grand, world-changing way that he went about his mission to seek and save the lost was to die on the cross—to give himself up for anyone and everyone to have a relationship with God; everyone who believed and followed him. And he rose from the dead to accomplish all that, to make a way.

Jesus was the first one to do the franchise model. He was like McDonald’s way before McDonald’s because he decentralized the light.

It all comes from him, from God. So in that way it is very much centralized. Don’t hear what I’m not saying. I just mean that he places his life, his light, his Holy Spirit in all of his disciples so that they could carry out his mission. He decentralized the light so that his followers could spread out all over the world and seek and save the lost.

He was clear about his mission in Luke 19, but he was also clear about our mission, wasn’t he?:

“Go therefore and make disciples of all nations, baptizing them in the name of the Father and of the Son and of the Holy Spirit, teaching them to observe all that I have commanded you.” —Matthew 28:18–20

Jesus’ mission is our mission. Seek and save the lost. Go where lost people are and make disciples. Really you can boil this mission, our mission, down to this: Spread out and multiply.

That’s it, isn’t it? It’s not complicated. Go, make disciples that make disciples. If you multiply like this, the world will be changed. Jesus is saying, I’m giving you the light. Think of Jesus lighting a candle, handing it to you, and saying: I’m decentralizing the light, so it doesn’t make sense for you to huddle together. I don’t want you to just shine your light on their light and make a brighter light over here together. And I don’t want you to cover up or hide the light. I want you to take your light to the darkness and spread it. Light someone else up so that they can do the same.

And then Jesus sends the Holy Spirit so we can do this. And it works. The book of Acts starts with Jesus’ disciples preaching the Word and people getting saved. Think of walking across a dark room with that candle he gave you to light the candle of someone huddling with a few others in the darkness. The light is spread to individuals.

Then, Christ’s church is born. And they start meeting together and getting organized by the power of the Holy Spirit. Lots of people come to know Christ—people’s candles being lit one by one; people turning to light up the darkness their friends and family are in. They grow and they grow and they grow.

But then in Acts 11, the Bible says that because of persecution; because they were being killed for the name and cause of Christ, Jesus followers left Jerusalem. Imagine a few people with candles leaving the brightness of the group and going out into the dark corner of the room to find another group huddled in the darkness, waiting for the light. Because of persecution, things took off from there. Everywhere they went they kept making disciples so new churches were born. And that was good, they started reproducing, right? That’s good. They started reaching out. The light spread.

But it wasn’t really multiplication in a sense, because every church had been started by whom? A Jew. The Jerusalem church. It didn’t really get to multiplication until a church in Antioch started sending people to start churches. People carrying candles left the brightness of the Antioch church on purpose to go light up the darkness in other places. Now a church that was planted was planting other churches and it took off from there.

The string of light hits a church in a city called Corinth. And these people go crazy about Jesus’ mission to reproduce the church, to seek and save the lost, to spread out and multiply. And they start planting new churches and making disciples all over the place.

And the gospel message that was entrusted to 11 guys who didn’t seem like they had a chance at doing anything significant with their lives spreads across the entire globe. And it is still moving today.

This is how it’s supposed to work. Seek and save the lost. Make disciples. Spread out and multiply. But somewhere along the way, we got off track. Now, most churches don’t multiply. The vast majority of churches never plant another church. “That’s not our thing. Our thing is discipleship.” “Our thing is worship.” “Our thing is Small Groups.” That’s all great, but when it comes to his plan for the church, those weren’t Jesus’ main things. Those weren’t the apostle’s main things. Spread out and multiply. That was the command. That’s why you find yourself a Christ-follower: Because other churches did it.

I’m a pastor. I’m consumed with one thought on a daily basis when it comes to my ministry and calling. I’m not kept up at night thinking about how I can make church attenders happy or how I can have the biggest church or how I can have the nicest building. What keeps me up at night is this thought: What’s the fastest way to get as many people as possible to a saving, disciple-making faith in Christ before Jesus returns? The answer is not addition. It’s multiplication.

Spread out and multiply.

So, should every church multiply? Yep. There’s no doubt in my mind. As long as there are people going to hell apart from Christ, it’s the main thing every church should be striving for.

One last thought. The light of Christ you now enjoy spread from new church to new church, survived persecution, outlasted heresy and spanned the entire globe across 2,000 years to get to you. You are now carrying the light. Your church is full of a bunch of light-bearers. Wouldn’t it be a shame if that lineage of light ended with you?