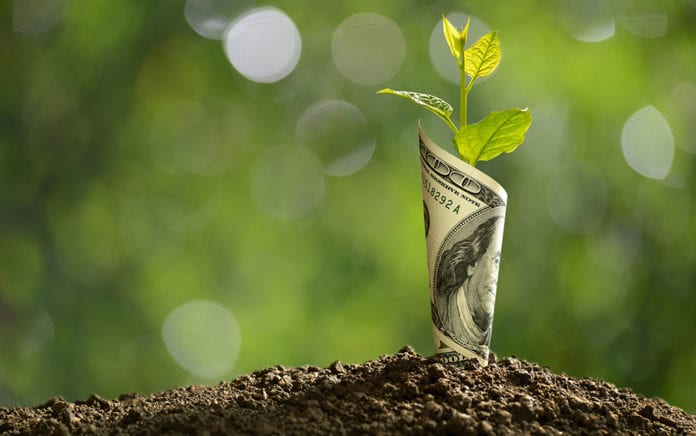 The informal (System D) economy has a lot to teach us about leading church planting movements.

For at least three decades now, the church-starting world in the West has embraced high-level business start-up principles. It values in particular successful franchising models, good branding and marketing principles, excellent customer service, strong management teams, scalable ways of acquiring customers, measurable results and a work ethic that reminds us that good enough is never really good enough. These and other principles have resulted in numerous success stories, including megachurch and multi-campus models. They have also resulted in some devastating failures, but isn’t failure also a hallmark of entrepreneurial culture?

In the United States, the formal economy, which includes much of the business model mentality mentioned above, had a Gross Domestic Product (GDP) of around 18 trillion US dollars in 2015. It equaled 29 percent of the world economy. In the same year, China’s GDP was second highest at 11.5 trillion. Around the world, however, there is a different kind of economy rising up. It has a projected GDP of 10.7 trillion dollars, which, if it represented a nation, would be the world’s third largest economy. We refer to it as the informal do it yourself (DIY) or shadow economy. Robert Neuwirth is an author and investigative journalist who has researched and written extensively on this topic. Neuwith defines this economy as “businesses that exist solely on individual effort with no help from the government.” They are neither taxed nor monitored by any government. To remove the stigma from the word, he refers to them as System D, a term coined by the French from the word débrouille, meaning to make do or manage in especially difficult situations or in an economic system that thrives on entrepreneurial self reliance and ingenuity. It is a concept valid around the world. For example, it is similar to the term jugaad in Urdu, Hindi and Punjabi.

System D work references all kinds of informal work: gardening on the side, selling merchandise at swap meets, operating unlicensed mobile kitchens, scavenging at garbage dumps and doing street vendor and unregistered kiosk work are just a few. Clandestine operations are also part of the informal economy, including drug trafficking, smuggling and reproducing fake name brand goods; however, this is just a portion of the informal economy. This phenomenon has been a staple all over the world throughout human history. After the economic collapse of 2008 that threatened not just U.S. markets but also global ones, many people had a difficult time finding and keeping work. Ingenious entrepreneurs invented all kinds of ways to make a living, and the formal economy began taking notice. Neuwirth surmises that System D will be crucial for the development of cities throughout the 21st century.

Through most of its history the church has also operated in the context of an informal economy. The economic system of the days when Jesus walked on earth and the days of the early church was more of an informal economy than one that was tightly regulated. Most of the twelve worked in informal economies before they decided to follow Christ; for example, some were fisherman. In more modern history, itinerant preachers, evangelists and church starters both instigated and were responsive to revivals that resulted in the spontaneous planting of churches. Consider early Baptist and Methodist evangelistic work in the United States and Europe and the thousands and thousands of itinerant, mobile, evangelistic men and women engaged in real church planting movements in China, India and around the world.

What Can We Learn?

Can you see where this is going? Decades ago, the church adopted the successful business model approaches of the formal economy and made those work well for church starting. As the informal economy burgeons around the world, what can be learned from it that will not only help reach people who relate to this economy, but also help us to understand principles that are more compatible with movement mentality? Here are just a few thoughts:

First, church planting movements are gaining quite a bit of attention lately. Those with a heart and calling for leading a movement must realize that one of the necessary runners for all kinds of movements is a high commitment to decentralization. No movement is sustainable when it is centralized, licensed or regulated, and if it can be counted, it is probably not a movement.

Second, part time and temporary work is normative in informal economies. This mentality makes it easier for church planters to move around as spontaneously and as often as needed and to function in their apostolic and evangelistic gifts. It also makes outside organizational funding less necessary, so there is increased freedom from centralized control and less dependence on outside monies. It is more sustainable.

Third, the informal economy is characterized by easy entry. In church planting movements, the goal that disciples make disciples who make disciples necessitates easy entry requirements, such as no seminary training and no lengthy assessment or ordination processes. Work in the informal economy requires, and even prefers, a small scale, low level of organization, as do real church planting movements.

Finally, the informal economy thrives where there is marginalization and some kind of immediate need, where people depend on deep relationships and natural oikos. It is sometimes referred to as a simple form of cooperation, even among strangers. (Consider the hospitality of Lydia, the first European convert, who invited Paul and his companions to stay at her home.)

What Can We Do?

1. The church must acknowledge the reality and the growing importance of the informal economy and facilitate change in its cultural perception of this reality.

2. It must be willing to release centralized control while, at the same time, investing in relational discipleship principles.

3. Formal Christian organizations must learn to be comfortable with that which is not readily documented.

4. Church planters must posture themselves as learners. When the church decided to emulate the business ideas of the formal economy, it stepped back to learn and understand. As that business world continues to change, the church has worked hard to keep learning from it. What can now be gleaned from the informal economy? How will those principles be sanctified and utilized for kingdom purposes?

This article which originally appeared on NewChurches.com is an excerpt from City Shaped Churches: Planting Churches in the Global Era by Linda Bergquist and Michael Crane.