Home Features Why Church Planters Are Stewards, Not Owners 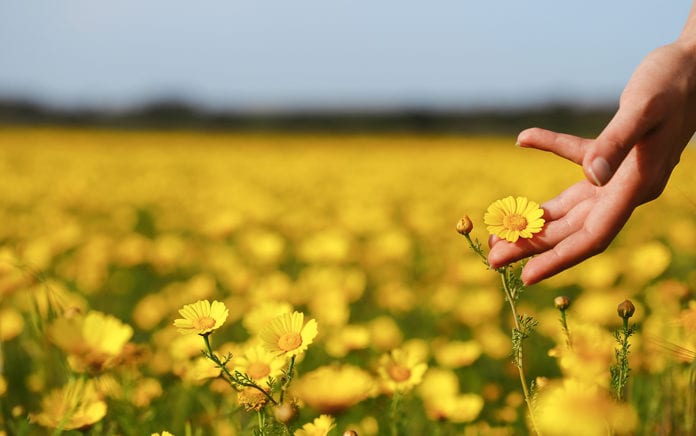 “Church-planting pastors are most dangerous to their flock when they act as owners.”

In the early 2000s, J.G. Wentworth released a television commercial in which various people yelled from their window: “It’s my money, and I need it now!” The commercial ends with the company’s mascot, Mr. Wentworth, saying: “It’s your money; use it when you need it.”

Many consider the commercial cheesy. Nevertheless, it was effective, and it even won a few awards. But what stands out to me is how accurately the ad illustrates our natural disposition toward money and possessions.

As self-centered sinners, we’re inclined to believe the lie that everything we’ve been given belongs to us. I have worked so hard for this. Surely I have the right to do with it whatever I please.

The church-planting pastor is no exception. He may be more prone to view the church he planted as his possession, rather than God’s. But Scripture is clear: We’re stewards, not owners.

God owns everything. “The earth is the LORD’s, and the fullness thereof” (Ps. 24:1). The word fullness conveys totality—the world and all the matter that fills it. In other words, there’s not a single atom in the universe that doesn’t belong to God. If that’s true, then the same goes for every penny.

In his wisdom, God has entrusted us to steward what he owns. Stewardship is the careful use and management of the possessions of another that have been entrusted to someone else. Stewards don’t own anything. Everything a steward does is in service to the ultimate owner.

I once worked in a financial-planning firm as a creative director and wealth coach. In one year, I learned more about money than I’d learned in my entire life until that point. In fact, the relationship between a financial planner and a client is an excellent illustration of stewardship.

The client owns the assets and entrusts the financial planner to act as a fiduciary on his or her behalf. A fiduciary has a legal duty to the client to serve in his or her best interests. Any breach of fiduciary responsibilities is met with stiff penalties by the law.

In other words, if a financial planner ever acts in a manner that benefits his or her practice at the expense of the client, the financial planner has violated his fiduciary responsibility and must be held to account.

Likewise, the highest crime we can commit as stewards is to treat what belongs to God as if it were our own. When we abuse his good gifts, we demonstrate a profound misunderstanding of our role as stewards.

In Luke 12:42–48, Jesus tells the parable of the faithful and unfaithful manager. The faithful, wise manager is described as blessed since he’s found doing the right thing when his master comes. His master rewards him by entrusting him with more responsibility.

Jesus then turns his attention to the unfaithful manager. Assuming the master has delayed his coming, he beats the servants and becomes a glutton and a drunk. When the master returns to discover the servant’s poor management, he cuts him up and casts him with the unfaithful.

Jesus highlights the urgency of good stewardship. As stewards of the sovereign Lord, we will be held accountable for how we manage everything that’s been entrusted to us: money, time, family, friendships, possessions.

If we use what God has entrusted to us for his glory, to serve the interests of his kingdom, we will be blessed. But if we act as owners—violating our responsibility as stewards—we will be punished.

Jesus’s warning can be directly applied to the church-planting pastor: As a manager of God’s household, under Christ, it is your responsibility to care for God’s flock. Good shepherds of God’s flock recognize themselves to be stewards, not owners.

This charge can be challenging for church-planting pastors. Like entrepreneurs, church planters tend to feel a great sense of ownership, perhaps even more so than other pastors. They often labor long and hard: planting, nurturing and sacrificing. This is right and good. But once harvest comes, it’s easy to view everything they’ve worked for as their own.

In 1 Corinthians 3:5–9, Paul explains that while he planted and Apollos watered, God gave increase to the church. Paul and Apollos were merely servants through whom the Corinthians believed. They were not owners who could claim credit for the growth; they were stewards whom God graciously used to accomplish his purposes.

If church history has taught us anything, it is this: Church-planting pastors are most dangerous to their flock when they act as owners—men who view God’s people as their possession, to serve their selfish interests—rather than as servants seeking the good of the church and the glory of Christ.

One practical way church planters can guard against acting like owners is by proactively seeking and welcoming accountability. A pastor who refuses to live as a man under authority is more likely to feed his selfish desires to the demise of his flock.

Are your fellow elders empowered and encouraged to address sin in your life? Have you surrounded yourself with “yes men,” or do your elders consistently challenge you? Are you open to constructive criticism from your flock? Or have you created a culture of fear and intimidation that encourages them to keep their concerns to themselves?

Every church-planting pastor should ask himself such questions. If you’re afraid of the answers, it’s imperative that you take time to honestly examine your heart. The health of your flock, and the glory of your King, are worth it.