Home Features The Best Leaders Have These 7 Traits 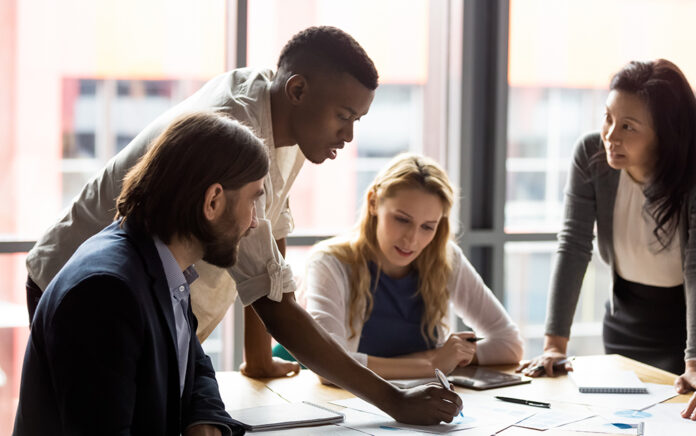 I’ve been blessed with good role models. And I have had some leaders who were not so good. Such as the guy who threw my sales book at me across the room. Or the one who criticized me for something literally every week.

I’ve been a wisdom seeker all my life. Thankfully, I have had some great leadership influencers in my life and I have sought to learn from each of them. They have some common observed traits.

Beginning with my high school principal when I was student body president. He taught me to take responsibility for my actions, but not to trip over my own humility. There was a man with whom I worked in college, who took interest in me. I was technically his “boss”, but he was every bit the leader to this young, inexperienced, first-term manager. He taught me I cannot lead alone. I may be the leader, but there is no leader without people.

I’ve been blessed with good role models. And I have had some leaders who were not so good. Such as the guy who threw my sales book at me across the room. Or the one who criticized me for something literally every week.

Looking back, though, the best leaders I ever had I observed some common traits in them. There were things, which set them apart from other leaders, helped them be successful, and caused me to take notice in them.

7 Observed Traits of the Best Leaders:

Had a character worthy of following.

They were the same people on the job as they were off the job. These leaders kept their word, but didn’t over-commit themselves to things they couldn’t do. I trusted their word, mostly because their actions backed up what they said. They loved their families and other people – including me.

They told me I had what it takes. These leaders encouraged me to pick my head up after a mistake. From them I received courage to succeed. They encouraged my dreams, but they equally provided me a sense of reality.

Available to me when I needed them.

They didn’t micromanage me. I was free to make decisions on my own, but they were there when I had a question, needed some advice, or they sensed I could use a word of encouragement.

Challenged me to be better than I thought I could be.

Some of the leaders who inspired me the most always asked me good, often hard questions. They didn’t let me give up easily. Instead, they kept me pressing forward even when I was ready to quit.

Skillful and competent, but not arrogant or self-serving.

The leaders who impacted me most were humble, but capable. They often knew more than they allowed me to see at first. These leaders wanted me to learn on my own, so they didn’t give me all the answers up front. I had to be with them long enough to realize just how wise they were. They also continued to learn personally. I have always been encouraged to see someone I felt was so wise still learning from others – even from people younger and less experienced. Teachable leaders are easy to follow.

The leaders who inspired me most saw the future as brighter than today. They were willing to challenge current paradigms and weren’t content with settling for second best. These leaders didn’t label everything amazing. They were celebratory of each achievement, but they pushed the team (and me) towards continual improvement.

Lived for a legacy not immediate recognition.

Leaders who have inspired me most weren’t looking for the attention of success. They were investing in the lives of other people. Sometimes they had to be gone as the leader before you knew just how valuable they were. They didn’t place their name on everything. These leaders didn’t have to have all the ideas or be the center of the celebration. They weren’t afraid for others to succeed even above their own accomplishments. Therefore, they acknowledged – and encouraged – the contributions of others on the team.