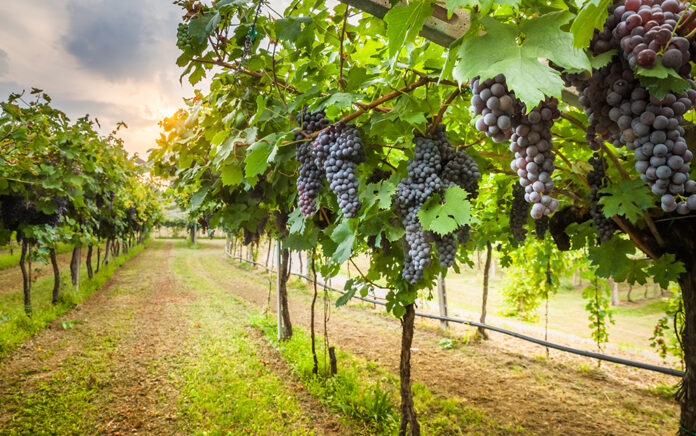 Are We Living Fruitful or Unfruitful Lives?

When I was young it seemed as though life moved so slowly. I can remember being in school and just staring at the clock as I sat in class, wondering whether it was broken. I was waiting for lunch. And then after lunch, I was just waiting for the school day to be over.

But then as I got older, days and years started flying by—and so did decades.

Life goes by quickly, so we clearly want to know why we’re here and where we’re going in life. We wonder, “What is my goal? What is my purpose?”

Bertrand Russell, a well-known atheist, said, “Unless you assume a God, the question of life’s purpose is meaningless.”

That is where the Bible begins. In the beginning was God. The Bible tells us that God created this world and its inhabitants with something missing in their lives. We are told that Creation was made subject to emptiness or a seemingly purposeless existence (see Rom. 8:20).

Now, it wasn’t that way from the beginning. If Adam and Eve hadn’t sinned, this would not have been the case. But because of the sin of our first parents, there’s something missing in our lives and in the world in general. That something has been described more than once as a God-shaped blank, and it’s a pretty accurate assessment of our situation.

Thus, we go on a search—a quest for purpose in life from the day that we’re born. Hopefully, we find that purpose, because if we don’t find it early in life, we can waste our entire lives. Someone has wisely said that if you aim at nothing, you’re bound to hit it.

So why are we here on earth? What is the reason for our existence? According to the Bible, we were created to know and glorify God.

When the prophet Daniel stood before Belshazzar, the king of Babylon, he rebuked him because he’d thrown his life away and lived in immorality, idolatry and much more. He said to the wicked monarch:

From Outreach Magazine  The Transforming Power of Worship

“You have not honored the God who gives you the breath of life and controls your destiny! … You have been weighed on the balances and have not measured up.” —Daniel 5:23, 27

Belshazzar didn’t understand that the breath he drew in his lungs had been given to him by God. And he didn’t glorify the God who created him.

“You didn’t choose me. I chose you. I appointed you to go and produce lasting fruit, so that the Father will give you whatever you ask for, using my name.” —John 15:16

So not only are we put on this earth to know and glorify God, but we’re also here to produce spiritual fruit. Jesus said this is how we glorify God:

“When you produce much fruit, you are my true disciples. This brings great glory to my Father” (v. 8).

I find this very interesting, because people will argue endlessly about how and why God chooses or does not choose certain people. But they won’t think about what we were chosen for. They miss the forest for the trees. Again, here’s what Jesus said: “I appointed you to go and produce lasting fruit.”

The Bible often uses this idea of bearing fruit. It describes the results of a person having a real relationship with Jesus Christ. In fact, Jesus said, “You will know them by their fruits” (Matt. 7:16).

God created us to know, love and glorify him and to bear fruit. Everything else in life is secondary, including our careers, our families and our personal happiness.

“I am the true grapevine, and my Father is the gardener. He cuts off every branch of mine that doesn’t produce fruit, and he prunes the branches that do bear fruit so they will produce even more.” —John 15:1–2

Jesus used this analogy to say that we were created to bear fruit. And if we don’t fulfill the purpose for which we were created, then we’re missing out.

God described Israel as a nation that did not bear fruit as he wanted them to. And this is true of some people today. So many are simply living for themselves, including professing Christians. They’re far more interested in what God can do for them than in what they can do for God.

By the way, the objective of life is not necessarily to live a long one. Now, I think we want to do everything we can to cause our lives to be as long as they can be. But we really don’t have a lot of control over that. We want to make every day count, because we don’t know when our lives will end.

Of course, it’s a sad thing when someone we love suddenly passes on. But what a glorious thing when we can say that loved one lived life well, and that his or her life had meaning and purpose.

Jim Eliot, a young missionary who was martyred for his faith, wrote in his journal, “I seek not a long life, but a full one, like You, Lord Jesus.” That is how we ought to be living.