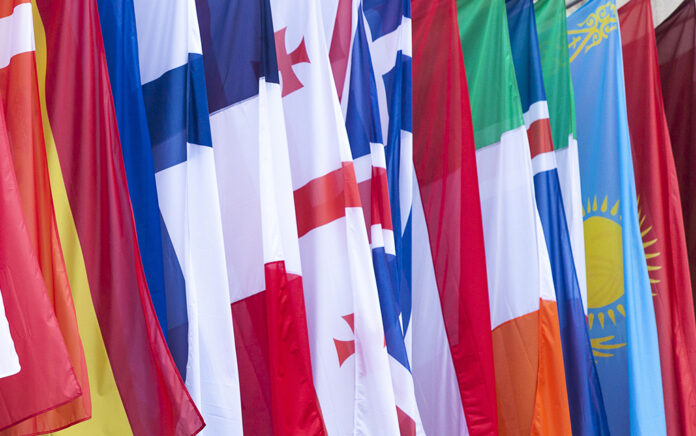 The church budget is one of the best ways to reflect the values of a church. Churches have vastly different ways they approach giving to global missions.

It’s budget season again. Most missions leaders squirm a little at this time of year. Will there be enough money given to continue to support our people on the field? Will I have to have hard conversations with our sent ones about reducing what we give to them? How will I meet the needs of that special project?

The church budget is one of the best ways to reflect the values of a church. A church elder team and finance team should create a budget that reflects the values of the church. Churches have vastly different ways they approach giving to global missions. But they basically fall in the following categories:

1. Giving a Percentage or Set Dollar Amount of the Church Budget to Global Missions

In this approach, at the beginning of their budget year, the church allocates a set dollar amount or a percentage that will go towards global missions. Some churches choose to give a percentage so that the amount that goes to global can be walled off cleanly from the rest of the church’s budget.

It is easy for funds that are going towards global missions to be reallocated to other ministries in hard economic times or when global missions isn’t receiving the attention it deserves. When this percentage is communicated to the congregation, any increase or decrease in percentage is easily noticed. This will help create accountability and some walls for the church budget to reflect the vision of global missions.

Keeping funding allocated towards global missions can also be accomplished by giving a set dollar amount. In setting a nice round number, the church can track a goal year over year for increasing their giving. This also provides the missions leader with a clear dollar amount that doesn’t fluctuate year over year.

It is critical in this method of global missions fund allocation that giving to the churches general fund is regularly mentioned, encouraged, and even inspected.

From Outreach Magazine  How to Expand Your Capacity As a Leader

Some churches will do a special offering each year to global missions. The value of this method is that it challenges members to give over and above their tithe. This type of Global Missions giving can often generate more funding for church missions giving in churches where tithing might be weak or not a general practice. Often, this type of giving will capture a portion of givers that may not be as interested in giving to the general fund of the church, but want to give towards missions.

A downside to this method is that it can make the global missions budget fluctuate year over year. Depending on what else is presented that year, what other priorities are in place, and what the economy looks like, the global missions fund can be hard to predict and thus the missions leader is constantly back-tracking on giving in harder economic years.

3. A Combination of the Two

Many churches have taken the road of employing both methods to meet the needs of global missions. Most churches in this scenario will have a set amount or percentage that comes from the general fund to global missions that covers most recurring gifts to partners. Above and beyond this, they will employ the use of special offerings for projects, and new Sent-Ones. This allows for the recurring giving amounts to be budgeted, steady, and expected, but provides the missions leader with some extra money to be used for expanding global missions.

Overall, for most churches, this would be the recommended route to go for simplicity, sustainability, expansion and engaging all members well.

My church, Cornerstone Church of Ames, is taking a little spinoff of idea number three, called the “Overflow Budget.” During COVID, many churches had to rethink how they did budgeting. We didn’t know if the pandemic would last three months, a year, or if there would be economic challenges in the years to come. Like most churches, our budget was based on predictive giving models. We came up with a number that we thought our members would give that year and then we built a budget around that. The problem with this was, especially in times of economic downturn, we had proposed a budget that was assuming a future that we didn’t actually know. So in 2008 with the economic downturn, or 2020 with the pandemic, what we thought we would receive was not reflective of what was happening in our world.

So, what we decided to do for our 2020–21 budget was to do 90% of what we received in the prior year’s fiscal giving and set that as our budget for the coming year. Then, whatever was received above and beyond our budget is allocated towards “Overflow Funding.” While still giving a set percentage of our budget to missions, the Overflow funding gave us the opportunity to do special projects and give to new members.

This has given us the chance to encourage our members to give beyond the budget, because they know this money will go towards Missions-related activities. So instead of special offerings, we just encourage our people to give healthily to the church. With the Overflow giving pattern, our people know anything extra that’s given will go towards those who are unreached and in need around the world.

Whichever method you choose, make sure that you communicate clearly with your people how your giving is allocated so they can be excited about what you are doing, together as a church for global missions.

This article originally appeared on The Upstream Collective and is reposted here by permission.